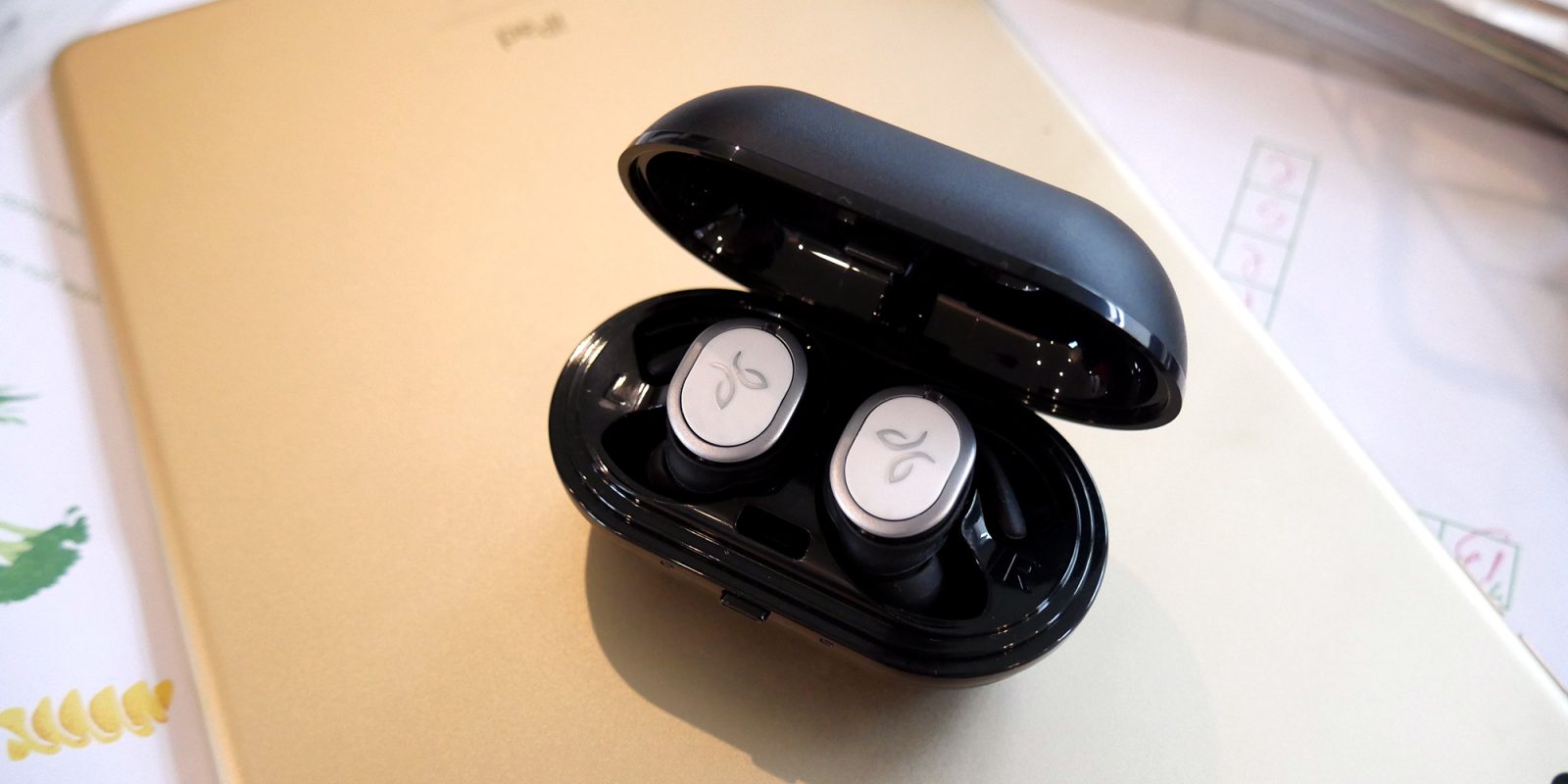 Jaybird has today unveiled the newest addition to its lineup of sports-focused headphones, taking its first shot at a truly wireless experience in the process. The new Run in-ears feature all of the active lifestyle features that one expects from Jaybird, including a sweatproof and water-resistant design. But in an already crowded market, will it will find a place dominated by AirPods and other major players?

I was able to get an early run with Jaybird’s latest over the last few weeks. Taken from an Apple-geared perspective, here are my thoughts on the new $180 Jaybird Run truly wireless headphones.

Over the last few years, I’ve reviewed a number of different headphones here at 9to5. From previous Jaybird iterations to ultra high-end cans from Grado. Despite having the fortune to experience so many different variations, I’ve ended up sticking with Apple’s AirPods consistently for almost a year.

Like with any pair of headphones, much of your experience (or mine) is largely subjective. We all have different preferences when it comes to music. Tastes in genre and environment can all affect how we feel about a set of cans. I think it’s important to get that bit out of the way prior to diving in.

Jaybird has done a nice job of holding its place in the very competitive wireless headphone market. It has annually put out fresh iterations for the last few years, with each model gaining features like improved battery life or a slimmer design. However, this is the first time that Jaybird has pursued a truly wireless build.

The new Run in-ears follow the familiar pattern of a wing-tip design that Jaybird has become known for in recent years. One of the things stressed to us in our press briefing was an attention to detail on fit and finish that transcends previous models before it.

Jaybird includes a handful of interchangeable tips and fins to help users find just the right fit. In the past, I’ve found this to be a struggle at times, but a mix of softer materials and varying sizes seems to have solved this issue for Jaybird.

Outside of Apple’s AirPods, many of the truly wireless headphones that we’ve come across have struggled to avoid the “Frankenstein” look of two bolts sticking out of your head. Jaybird’s aren’t as bad as some that we’ve come across but you’re still going to notice a bump out that’s far larger than Jaybird’s other offerings. The reality is that there are just too many components that need to be jammed in for most headphones makers to avoid this downfall.

Each earbud can operate individually or as a pair, depending on your situation. A single-press button calls up playback controls, as well as activating voice-assistants. The button itself is white with a silver trim, while the rest of the body is black with matching tips and fins. Jaybird mixes glossy and matte finishes on the casing but most of it covered when in use.

A charged up carrying case |

Much like AirPods (and many other alternatives that we’ve seen), Jaybird ships its new Run headphones in a portable case that doubles as a charger. The earbuds themselves are rated for four hours of playback on a single charge, but the carrying case delivers an additional eight hours. That’s good for 12 total hours, assuming the earbuds are in place while the case is charged.

The case has a flip-open lid that reveals two inductive charging locations for the headphones. On the outside is a LED light that blinks to denote that charging is in progress. That same light will change colors when battery levels are low. Charging is handled by microUSB (ugh) and Jaybird has included all of the necessary cables to get started.

There’s not much else to say about the charging case. It was a good move to include a built-in battery, which simplifies trips to the gym and travel away from home. In my testing, I topped off the battery at the start of two weeks and was able to get through four trips to the gym without issue.

Now we go back to that preface I laid out in the beginning. It’s difficult to translate my own experience to yours, but here’s what stood out to me over the course of a few weeks. If you’ve used Jaybird headphones before, you’ll feel right at home with Run’s sound profile. I’ve always felt that Jaybird delivers the best sports-focused headphone experience on the market when it comes to sound.

There isn’t the default bass-heavy soundstage we expect from some brands, but you won’t find an ounce of underwhelming sound audio here. Jaybird’s latest continues its long-standing history of top-grade audio reproduction, especially during physical activity.

You’ll absolutely notice the difference between a $50 set of Bluetooth headphones and Run. Jaybird’s MySound App is also receiving an update in short order that will allow even greater control over EQ levels with custom settings across the board.

Setting the audio aside for a moment, there were some hiccups when it came to connectivity during my review period. The headphones had little issue pairing with my iPhone 7 Plus and with eachother. But there was one device that seemingly always caused dropouts when nearby: my Series 0 Apple Watch. If it was physically between my iPhone and Run earbuds, there would be dropouts. However, there was no issue with Jaybird’s new in-ears connecting to my Apple Watch as a source for music. I have no reason to believe that could be a widespread issue, but it was a consistent one throughout my testing.

From an AirPod user’s perspective |

As I mentioned above, I always end up coming back to Apple’s AirPods. That’s primarily for two reasons: ease of use and fit. When it’s time to pair up, the W1 chip always does the job. And I’m someone that apparently has just the right-sized ear canal to keep AirPods in place.

When comparing against Jaybird’s Run, or any non-W1 chipped set of headphones, there’s an instant disadvantage for the challenger. That’s simply an advantage that Apple holds by being able to manufacture its own chips.

Jaybird has put together a product that matches and carries on its legacy as a top-grade sport headphone. But with a shorter battery life (12 vs. 24+) and a higher price tag by $21, it’s tough to recommend Run over AirPods. That said, if you don’t like Apple’s design (which many don’t in this instance), today’s release may be for you.

The new Jaybird Run Headphones will be available for pre-order today from Amazon.