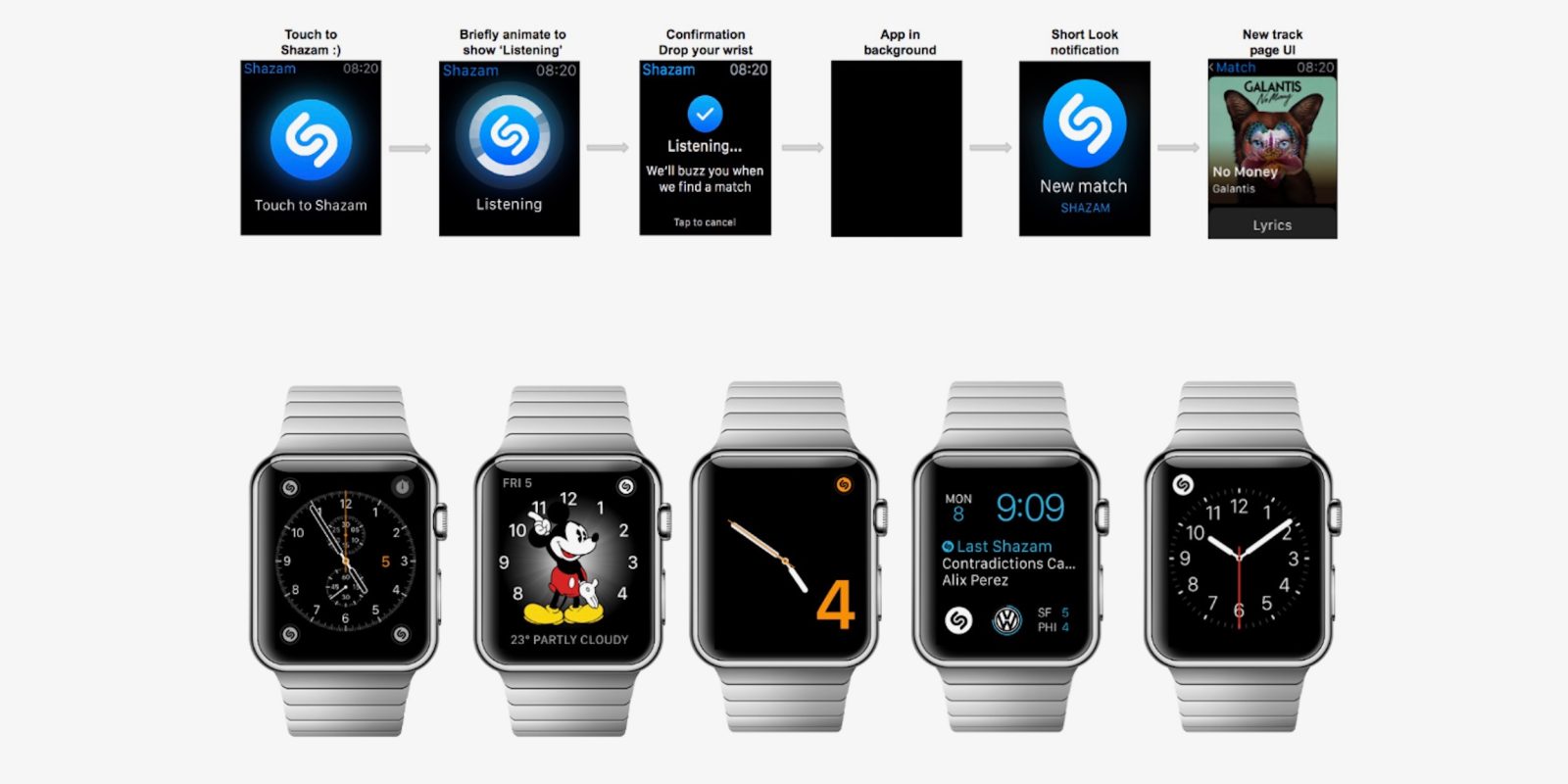 Shazam has released a new version of its Apple Watch app that accompanies the iOS software. The update to the popular music discovery app features a fresh design, faster performance, and LTE support for Apple Watch Series 3.

As Zac noted in his Apple Watch Series 3 review, getting the most out of the new watch will largely depend on third-party developers.

Fully unlocking the potential of the new watch hardware will require more from third-party apps than we’ve seen recently, but I believe Apple Watch Series 3 has hit a sweet spot in price and performance to potentially drive enough interest to kickstart the platform.

Shazam is doing just that as it made its latest Watch app fine tuned to get the most out of watchOS 4 and Apple Watch Series 3 (via MacStories). Here are some of the headline features:

Shazam for Apple Watch is brand new: • It’s our fastest version yet – name that song in seconds with a fresh new look and feel. • Start Shazaming then drop your wrist. We’ll tap you when we’ve found a match. • Listen to previews of your matches, right from your Apple Watch.

Notably, Shazam also brings LTE support for using the app while away from your phone. However, even if you don’t have the Apple Watch Series 3 GPS + Cellular, you can still use Shazam on the go sans iPhone and get the results when you connect later.

Does Shazam capture music from my phone or my watch?

As long as you’re on watchOS4+, your watch will do all the listening.

Do I need my phone to use Apple Watch Shazam features?

If you have the Watch Series 3 LTE, you can shazam phone-free! If you have an older Apple Watch device you’ll need to have your iPhone connected in order to name that song.

What happens if I try to Shazam on Apple Watch while out of range of my iPhone?

If you don’t have a Watch Series 3 LTE, then you can still use your watch to listen to the music while away from your iPhone. We’ll give you a little tap on your wrist when we have a result for you after you’ve reconnected with your phone.

The company has a nice FAQ page here for more details on the update. It’s great to see quick adoption from app developers like this, and hopefully many more will follow suit soon.

Shazam is a free download from the App Store.