Morgan Stanley: iPhone X could be the grinch that steals all the money during holiday shopping 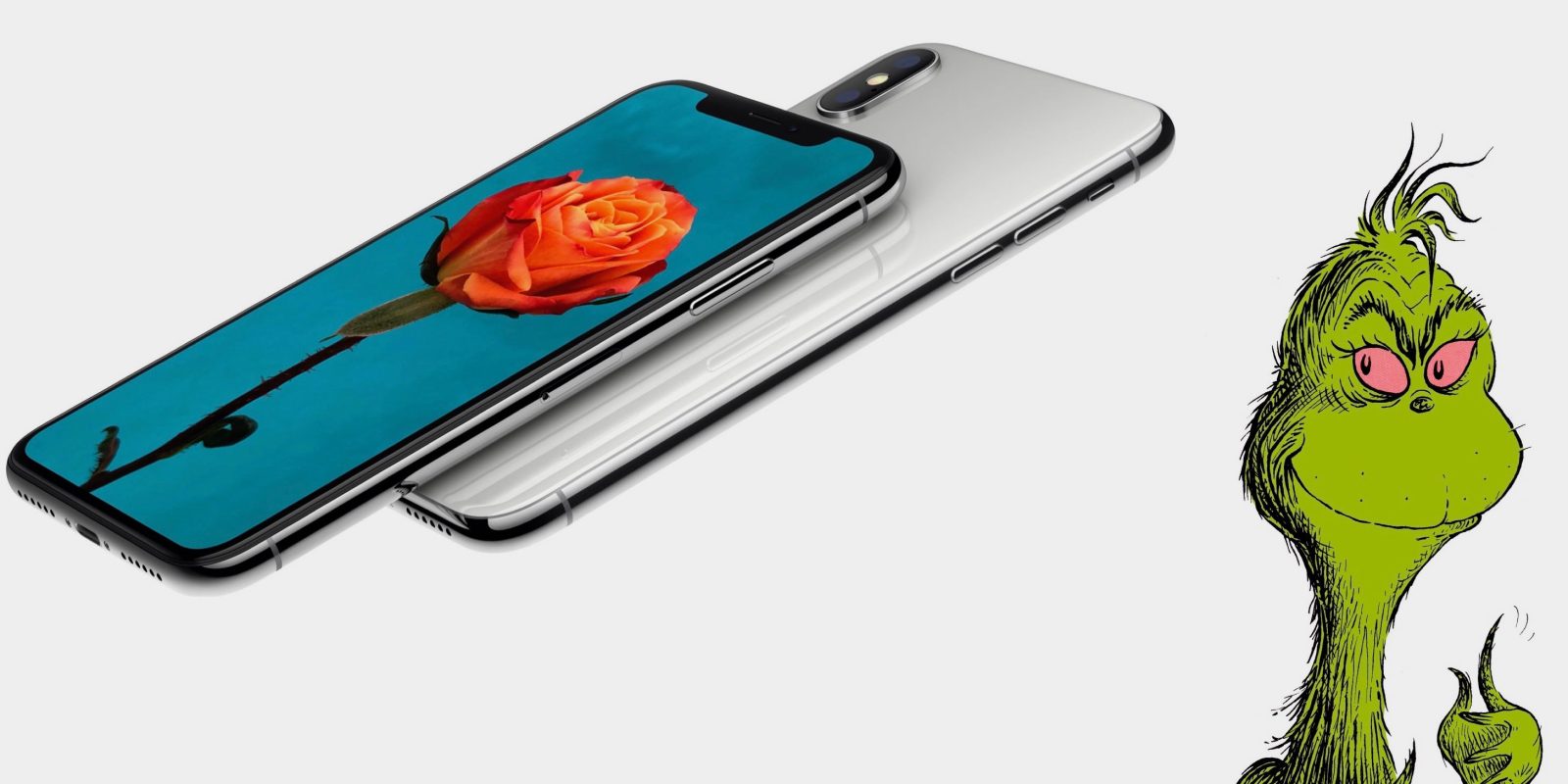 There’s been a lot of noise about the iPhone X’s price point. The device is Apple’s most expensive iPhone to date, starting at $999. While the device is widely expected to help Apple increase its iPhone average selling price, a new analyst report from Morgan Stanley’s Kate Huberty explains the effect that the device could have on other markets during the holiday season.

Essentially, the device could very well be the grinch that eats up everyone’s shopping budget this year…

Obtained by Business Insider, the note explains that the iPhone X will “absorb” some $30 billion of discretionary spending during the holiday season because of its higher price point than previous models. In total, the iPhone 8, iPhone 8 Plus, and iPhone X could take nearly $53 billion away from other industries.

With consumers likely to crave Apple’s latest and greatest device, Huberty writes that they’ll likely reduce spending on other products this holiday to make up for the pricey iPhone X. Specifically, the analyst says “apparel is a wallet share donor to other categories,” such as phones and technology.

“We see this upgrade supercycle coupled with the very high $999 iPhone X average selling price as a significant headwind to Specialty Retailers and Department stores in the fourth quarter.”

Huberty suggested that the large price tag of the new phone is likely to leave consumers thinking “‘I just bought a $1000 phone last month, I don’t really need another pair of jeans.'”

In total, the three new iPhone models will take about $52.6 billion of spending away from other categories, Huberty predicts.

Huberty doesn’t expect the trade-off shopping to stop there either. As the iPhone X super cycle pushes into the beginning of 2018, she sees the device having an impact on spending during the first half of 2018, as well.

There are, of course, a few counterarguments to Huberty’s thinking. For one, iPhone buyers tend to purchase their device on installment plans through their carriers, meaning they don’t feel the heat of a $1000 phone purchase right off the bat, but rather over a period of 24-28 months.

Furthermore, the iPhone X is expensive, but it’s not as dramatic of a jump from previous ‘Plus’ model iPhones as some make it out to be.

Is the iPhone X eating into your holiday shopping budget this year? Let us know down in the comments.