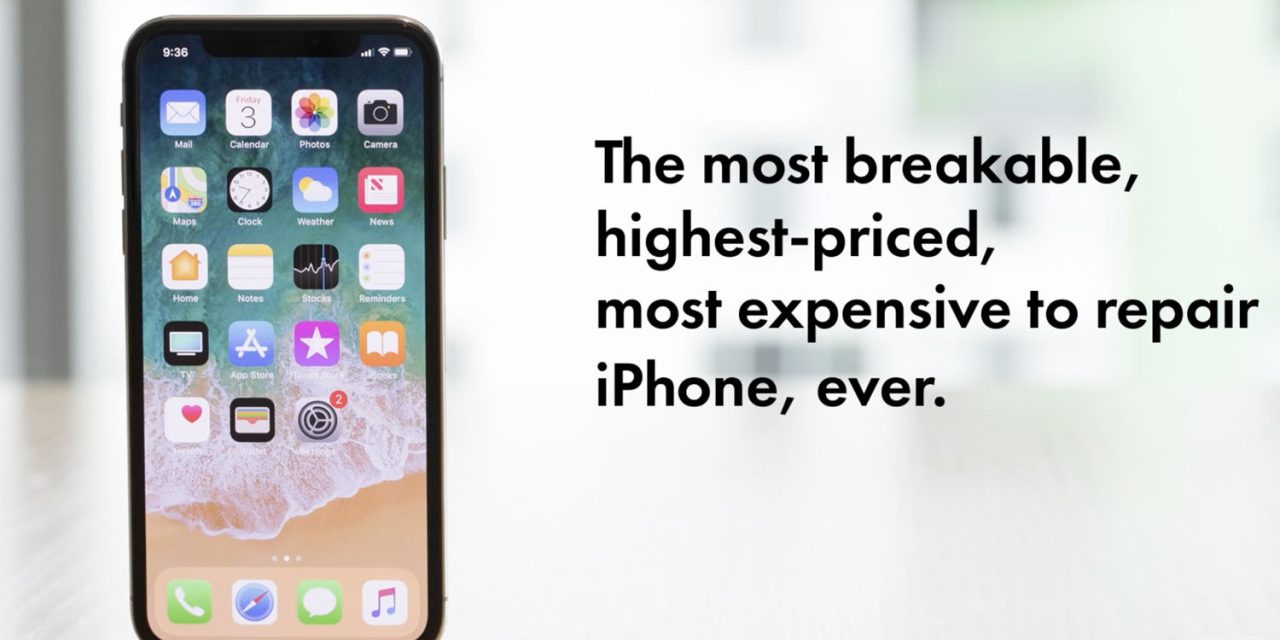 Following a series of six drop tests of the iPhone X, gadget insurance company SquareTrade has labelled the iPhone X ‘the most breakable, highest-priced, most expensive to repair iPhone ever.’

Subsequent tests (on different phones) were just as bad.

Side and Back Drop Tests: Remarkably, the side drop did the most internal damage to the phone. While the outside of the phone only suffered cosmetic damage, the screen was rendered inoperable. Meanwhile, the back drop completely shattered the back panel leaving loose shards of glass, making it difficult to hold.

Shot Test: Meant to simulate a phone falling off the roof of a car, the shot test showed that the iPhone X is prone to damage from a variety of drops. While the screen and back panel did experience cracks, the biggest damage came from both Face ID and the new “home” swipe command failing.

Tumble Test: Sixty seconds in the Tumble Bot was no friend to the iPhone X either. Although the screen was able to recognize touch through cracks suffered during the test, the “home” swipe command failed, stranding users in the app that happened to be open.

The water dunk test was the one test it passed reasonably well, surviving 30 minutes under five feet of water with some audio muffling during playback the only effect found.

SquareTrade is of course hoping to sell you its insurance plan, at $129 for two years or $159 for three years. This makes it significantly cheaper than Apple Care+, though if you take it to an Apple Store, you do have to pay Apple the full cost of the repair before claiming it back from SquareTrade.

Check out the (painful!) video below. I generally keep my phones uncased, but am seriously considering a case for this one …