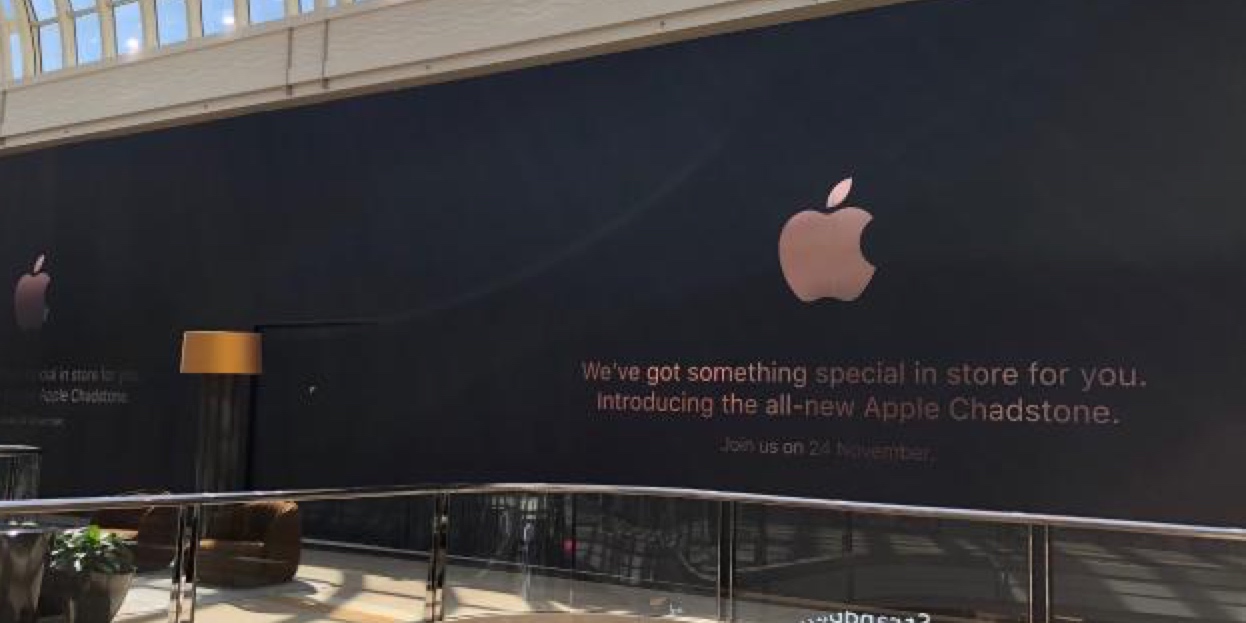 Apple has been slowly updating its Apple Stores around the world with the major new redesigns led by Jony Ive, during a redefining of the retail stores as ‘town squares’ by Angela Ahrendts.

The new look will now make its debut in Australia for the first time later this month, with a new Apple Store in Chadstone opening November 24.

The new Chadstone Apple Store replaces an older retail location in the same city. The new site is three times the size of the old store.

Although the store is currently shrouded in black cloth, expect to see the usual features of the new Apple Store redesigns.

This includes a gigantic TV screen, organic window displays and real trees amongst the benches and tables of Apple products.

For the Australian store, Apple will be using native ficus trees. There will also be 4.2m tall bronze doors to welcome in customers, something which sounds like an original detail of the Chadstone store.

Chadstone is one of 22 Apple Stores in Australia and is the first one to debut the redesigned style in the region. In an interview with the Herald Sun, Apple SVP Angela Ahrendts said:

“We’re thrilled to open Apple Chadstone in a stunning new location and introduce Australians to our latest store design,” she said.

“We look forward to continuing to build on our 22 stores in Australia.”

Much of the architectural features of the new Apple Stores are reflected in the design of Apple Park, the company’s dramatic new campus.

Like other revamped ‘town square’ locations, the store features a Genius Grove instead of Genius Bar and a Boardroom area for business meetings and entrepreneurs to meet. The new store is three times the size of the site it replaces; in terms of head count, the number of employees will rise from 69 to 240.