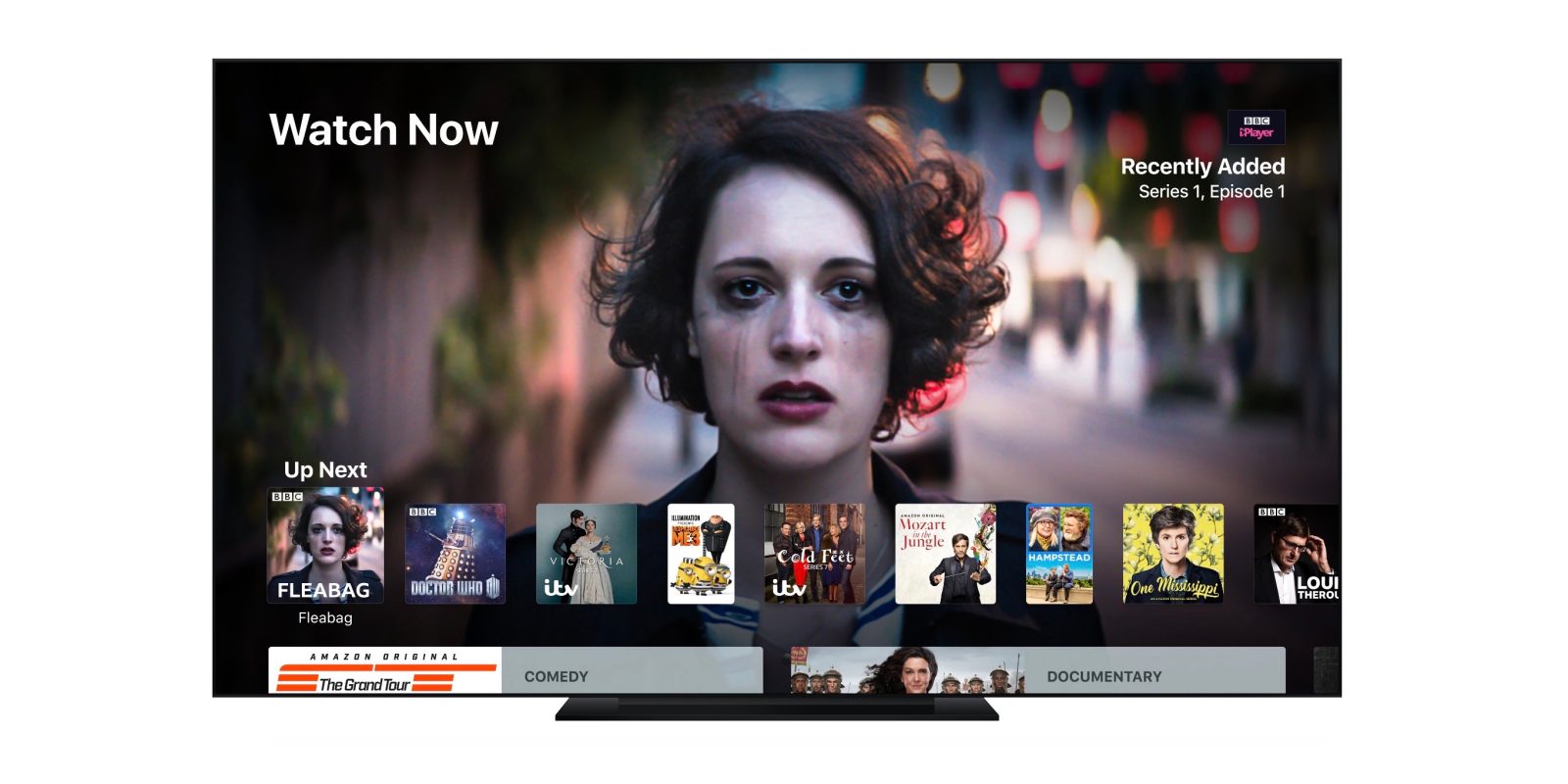 The TV app for iPhone, iPad and Apple TV is now rolling out for UK users. Apple has posted the localized version of the TV app webpage confirming the launch.

Original story below regarding BBC iPlayer update: The popular UK video service BBC iPlayer has released an update for its iOS and tvOS universal app with some interesting release notes, suggesting that the TV app will be launching in the UK imminently.

The update notes say the update introduces support for the new TV app, which will be available to users running iOS 11.2 or later.

BBC iPlayer is heavily featured by Apple on its UK marketing for the Apple TV device, and is a significant partner that Apple would certainly work with for the TV app unveiling.

As of right now, the TV app is not available – when it rolls out, it will replace the Videos app on iPhone and iPad, in addition to appearing on Apple TV. The TV app integrates movies and TV shows from a variety of sources into one application with discovery, watch queues and other features. Users still have to buy subscriptions for each paid service and actually playing a video still happens in the respective third-party apps, however.

At the iPhone X September media event, Eddy Cue said the TV app would roll out to the UK before the end of the year. He also promised that other major UK channels would add support for Apple TV with video-on-demand apps, including the ITV Hub and My5. These launched earlier this week.