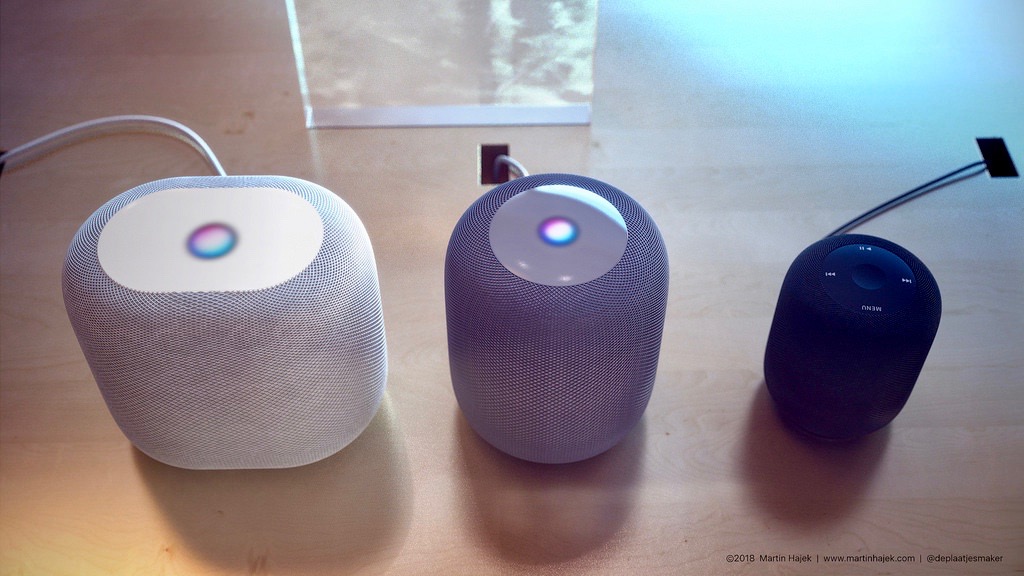 HomePod is finally almost here, but will one size truly fit all or could we eventually see a whole family of smart speakers from Apple? Keeping with true Apple tradition, this is naturally the moment to wonder and ask: what about HomePod 2 and new variants? Check out our concepts below:

While Apple could easily just make larger and smaller versions of HomePod with varying levels of sound quality, it’s more fun to imagine other possibilities for future HomePods.

HomePod as we know it today will likely stick around without any form factor change needed, although we could see Apple toying around with the $349 price, offering more Siri features, and maybe even introducing different color options … like gold and silver.

For HomePod to evolve into a full lineup of smart speakers, Apple would need to introduce larger and smaller versions. Let’s call these HomePod Plus and HomePod Express. 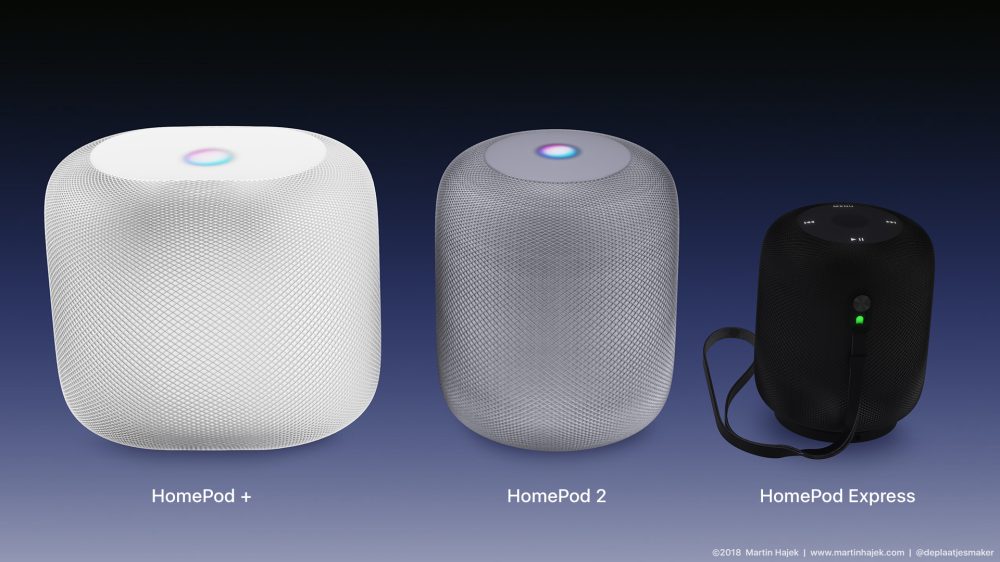 HomePod Plus needs to be different enough from the original HomePod and a possible HomePod 2, but Apple could still stick to the same form factor for the most part. Taking the cylinder shape and going wider could create new opportunities for bigger and louder sound while still maintaining HomePod’s relatively compact size.

Imagine HomePod Plus as something like to two HomePods in one body. If you really want to get creative, you could take advantage of the wider form factor by making the top surface an AirPower-style wireless charger for your iPhone.

Apple could even appeal to speaker heads who aren’t satisfied with HomePod’s lack of I/O by saving line-in and LAN connectivity for the more expensive version. HomePod Plus could be a true Sonos Play:5 killer. 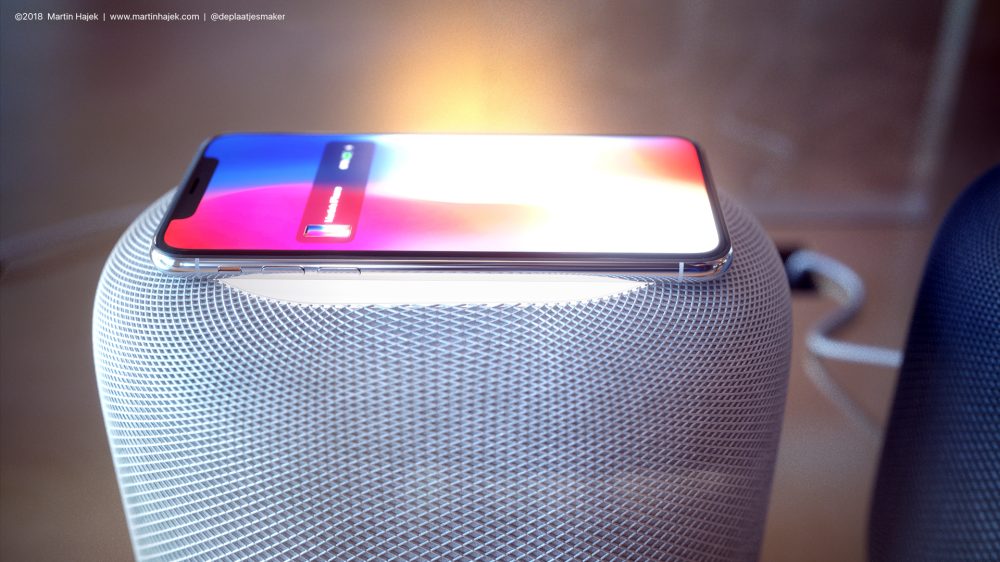 Finally, Apple could squeeze the magic of HomePod in a cheaper portable version called HomePod Express. HomePod already borrows the ‘Pod’ name from the iPod era, and HomePod Express could go further by borrowing iPod Classic-style click wheel controls in place of the touch surface used on higher end models.

HomePod Express could even cleverly integrate its own lanyard similar to the Loop accessory included on previous iPod touch models, and water resistance could make HomePod Express the ultimate pool party speaker.

Different enough from the rest of the HomePod lineup, while still giving customers a better product than Amazon Echo and other portable speakers. 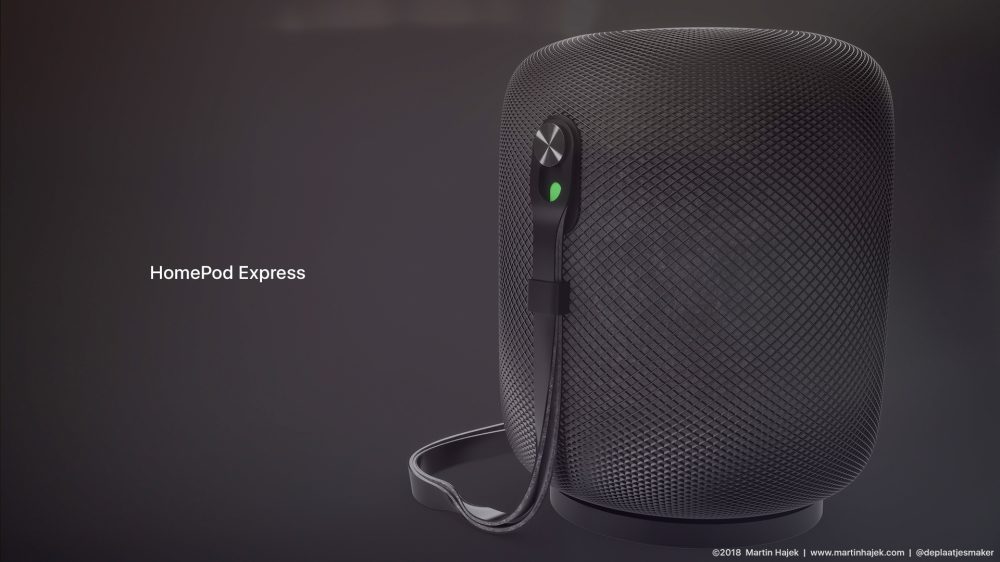 What are your thoughts — could any of these changes make HomePod worth a purchase for you? Let us know in the comments, and head over to www.martinhajek.com/homepod-part-2/ to see the whole collection of future HomePod concepts.