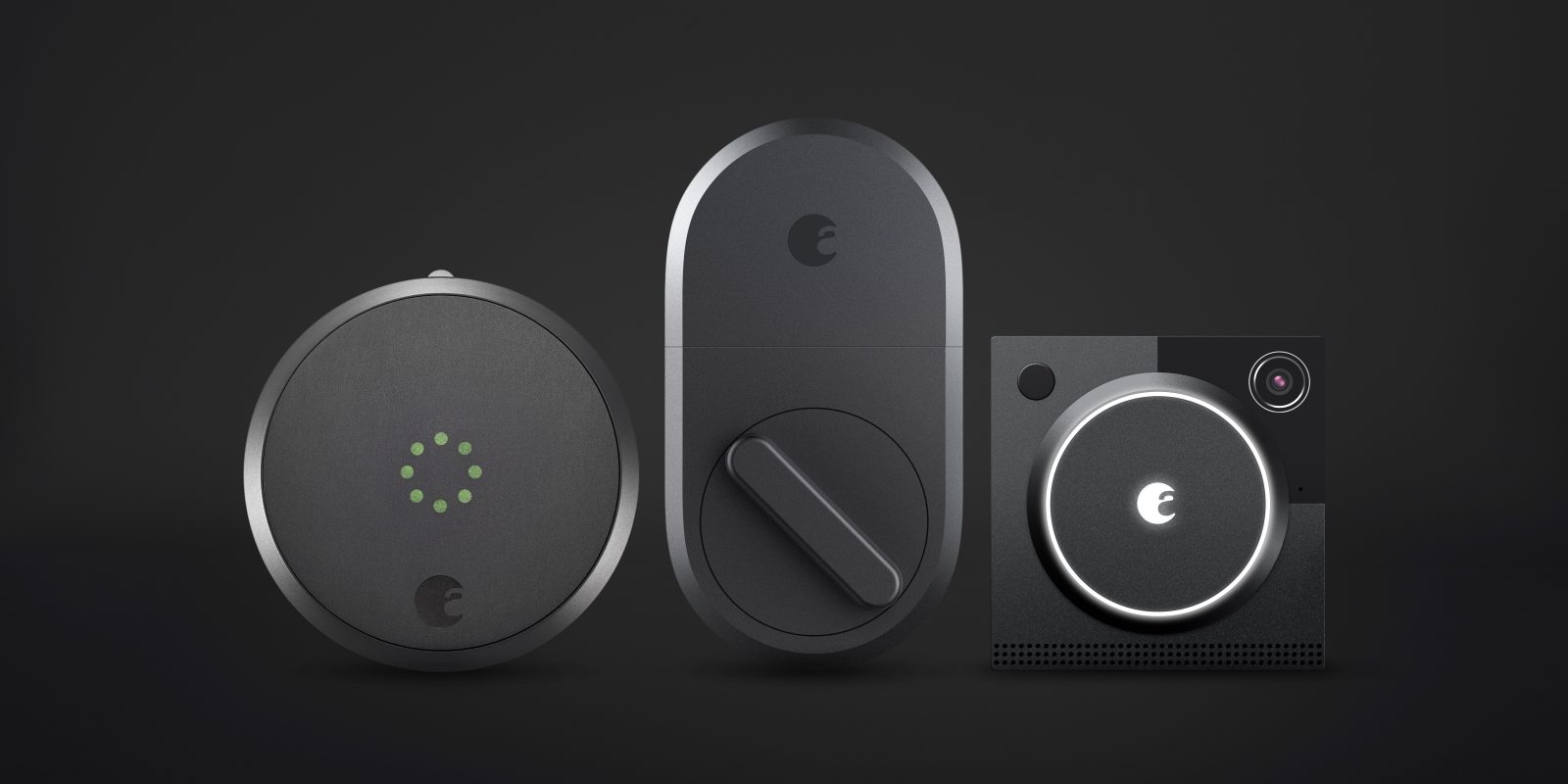 August unveiled its latest generation of smart locks and doorbells last fall with its improved Pro lineup, and we’ve had a chance to test out some of the new features. Smart Lock Pro includes upgraded internals and Z-Wave Plus support, while Doorbell Cam Pro adds a useful floodlight for scaring off intruders and seeing visitors in the dark. Check out our hands-on below:

As an Apple HomeKit enthusiast and a renter, I really appreciate how easy it is to install August smart locks. They only replace the inside half of your door’s deadbolt lock so the key is not changed, and the installation kit includes adapters for all major lock brands.

When I moved back in November, changing the smart lock back to the dumb lock and taking my August lock with me was super easy, and landlords typically do not mind (or even need to know) since there is no drilling required and the same key works.

I reviewed the HomeKit and app features of the second-generation August Smart Lock in August 2016, and I still use the hardware everyday with HomeKit. Here’s a quick example of using Siri on Apple Watch and iPhone with both August Smart Lock (second-gen) and Smart Lock Pro:

Siri control is especially handy when I go for a run in my neighborhood with just my Apple Watch. My routine is lock the deadbolt with Siri on my Apple Watch when I leave, then unlock it using the same method when I return. No running with iPhone or taking my house key off my key ring required.

August has since introduced a more affordable August Smart Lock with a new design, cheaper price, and no HomeKit support. It’s a great smart lock for $149 and works with Amazon Alexa when used with August Connect or August Doorbell Cam. I rely on HomeKit compatibility for having all my smart home accessories in one app, but I do prefer the less bulky design to the big round design I flagged in my original review. Smart Lock Pro comes in two flavors from August: one for $229 that does not include August Connect, and one for $279 that comes bundled with the Wi-Fi Bridge. In addition to remote access, using Smart Lock Pro with August Connect (or Doorbell Cam) enables both Amazon Alexa and Google Assistant compatibility as well.

My current home includes a pool house in the back yard where I keep my mini-home gym and exercise at night. I usually make it out there after dark and can’t imagine fumbling around with a key to unlock it, but leaving it unlocked also concerns me. Being able to ask Siri to unlock the pool house door and turn on the lights before I even go out there is fantastic, and the August Connect works well (especially since there’s no doorbell for Smart Doorbell Cam to serve as the bridge).

Visually, there’s little difference between generations beyond a minor pattern change. Internally, Smart Lock Pro boasts Z-Wave Plus support which is significant in smart home setups outside of the HomeKit ecosystem.

Both new smart locks from August also offer Door Sense support which enhances the August experience, but I haven’t tested with the included hardware needed yet. Here’s my description from last fall:

DoorSense can work with features like Auto-Lock to lock as soon as the door closes or avoid locking while the door is still open. And with Active Monitoring, DoorSense can send notifications if a door is left open for too long or send alerts for activity during a specific period of time (like when the kids come home from school).

Ease of installation and HomeKit support remain strong points, but I’d love to see a more compact design in a HomeKit lock from August in the future. There are smart locks with HomeKit support on the market that just look nicer, and none of the August smart locks fit my back door which has a window near the deadbolt. A version with a rechargeable battery would also be interesting to see in the future.

Also included in August’s current lineup of smart home accessories is Doorbell Cam Pro. I reviewed the original version in June 2016 and used it everyday until Doorbell Cam Pro was released. The new version comes in either silver or a stealthy black finish and is priced at $199.

New to Doorbell Cam Pro is a helpful ring around the doorbell button to help visitors know where to ding you, and a clever floodlight that’s activated by motion. The floodlight can optionally be disabled or adjusted between three brightness levels as seen above.

In general usage, having a small motion-activated floodlight by your front door can be extremely useful, and it helps dramatically with viewing video from the app at night. No promise of HomeKit support from Doorbell Cam Pro, however, and the original Doorbell Cam remains the only doorbell with promised support on Apple’s website, although the two parties appear to have hit a roadblock on implementation.

August Doorbell Cam is a solid recommendation — especially if you use August Smart Lock. Until a HomeKit doorbell actually ships, however, mounting a Logitech Circle 2 plus window mount to a nearby window and relying on motion alerts is probably your best bet for front door HomeKit security. That’s my current solution: August Doorbell Cam Pro with two-way audio, and Logitech Circle 2 for video.

Check out August’s online store for more details and availability.