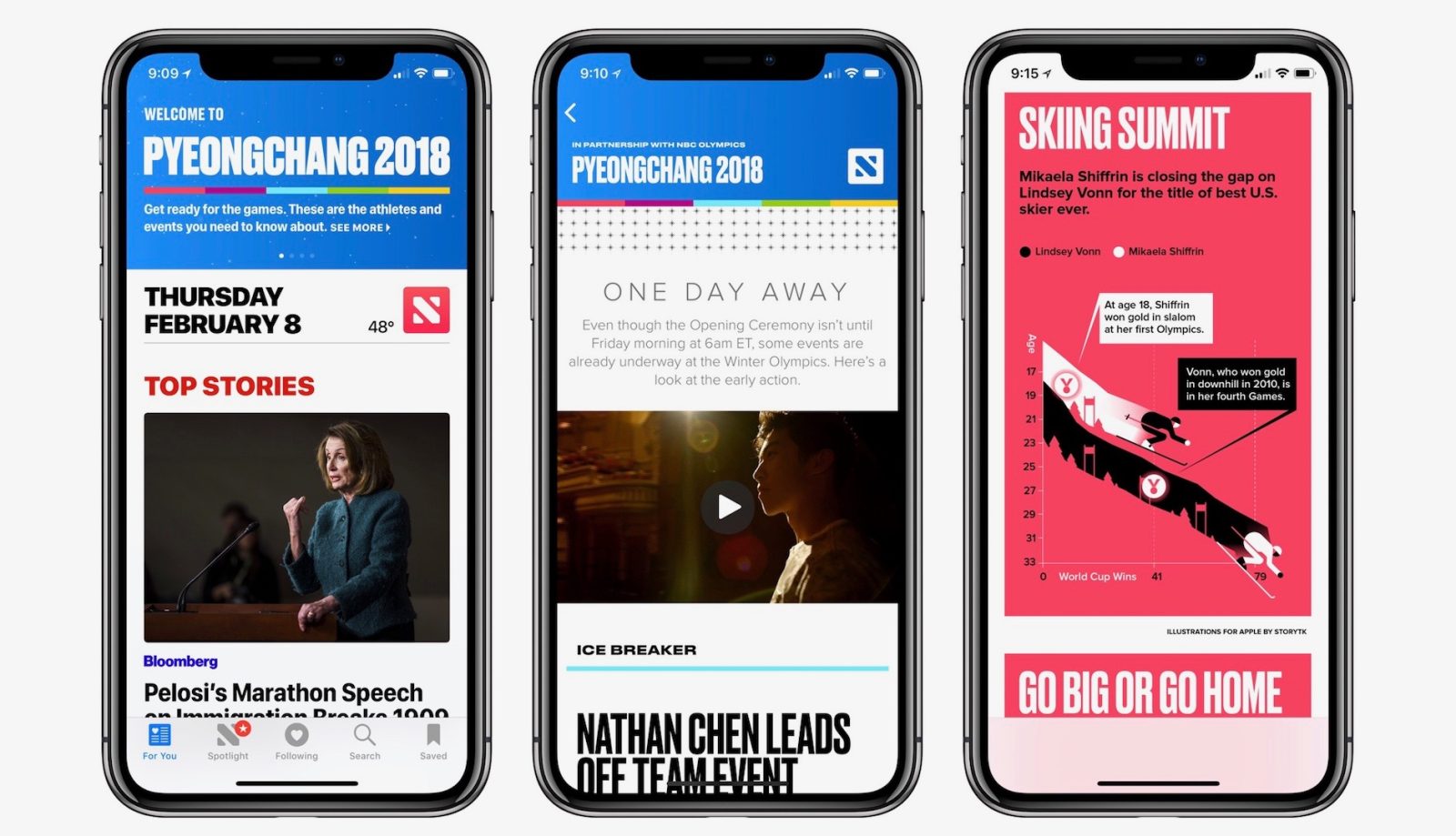 With the 2018 Winter Olympics kicking off in Pyeongchang, Apple News has launched a robust new featured section for tracking up-to-the-minute coverage of the games for the next two weeks.

The partnership with NBC Olympics includes original content created by Apple News editors plus custom graphics made specifically for Apple News (with most if not all graphics created by StoryTK for Apple).

Readers will also be able to view video from the games right in the News app and have access to curated articles from various Apple News partners.

The Winter Olympics featured section also includes a real-time medal tracker so you can find results from events instantly, and the News widget on iPhone and iPad can be used to track results without launching the app.

Apple News even offers a schedule feature that lets you add games to your calendar with quick links to view events live in the NBC Sports app.

Best of all, Apple News will include daily briefings each morning with a recap of what happened overnight since South Korea is quite a few hours ahead of the United States.

Apple has been steadily making progress on offering more sports content on its platforms. At the end of last year the company brought live sports coverage to its TV app.

Snapchat also announced yesterday that it would be offering “two- to six-minute live segments of key moments in sports such as figure skating and skiing” also in partnership with NBC.

Opening Ceremony kicks off tomorrow at 6 am ET/3 am PT, but Apple News already has loads of original content and curated media from partners in the new featured section. Just look for it at the top of the News app on iPhone, iPad, and iPod touch.

Zac Hall contributed to this story.