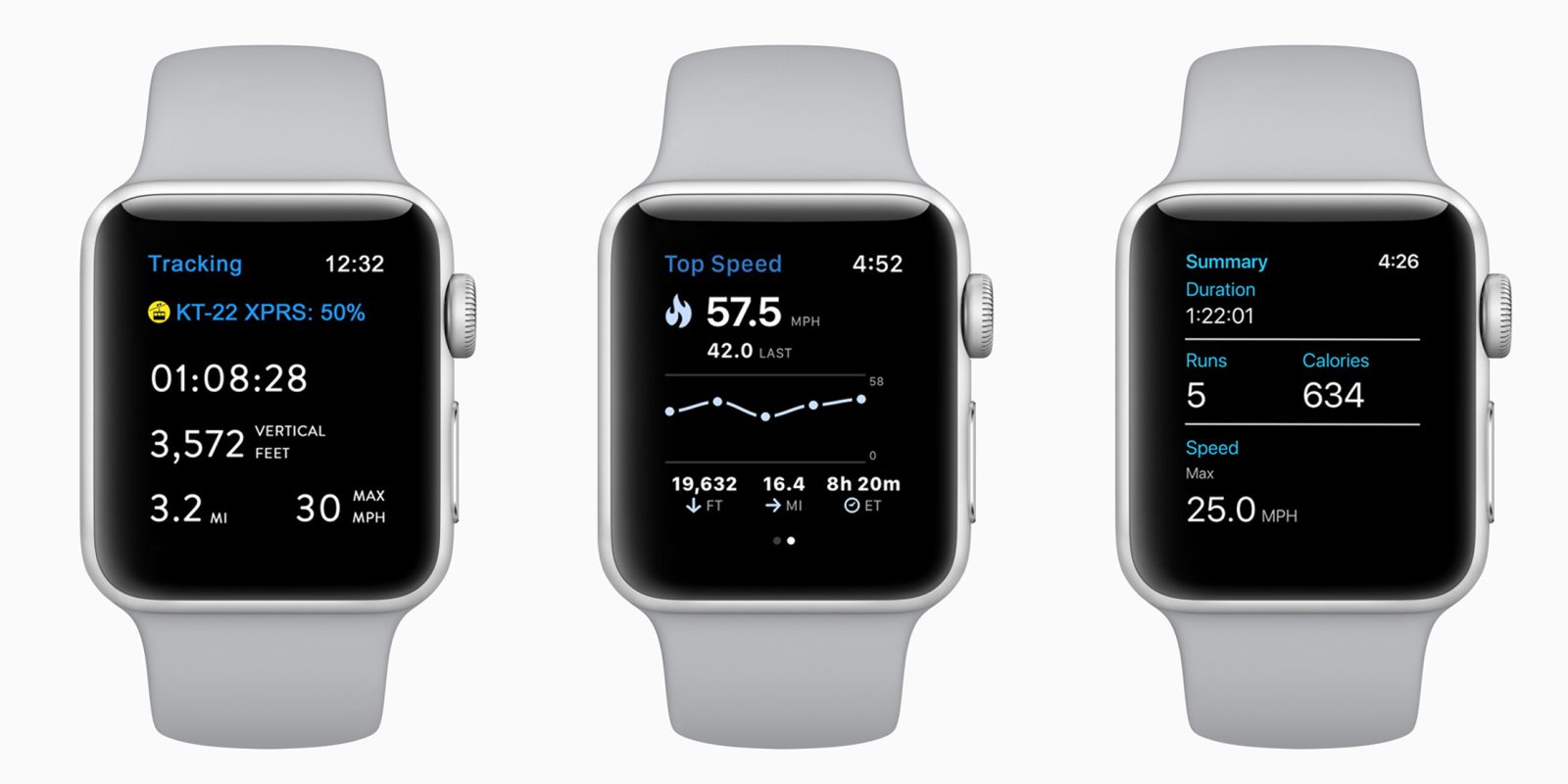 Apple added these new APIs in watchOS 4.2 but Apple does not currently expose the data in its official Activity or Workout apps. The Workout app includes a generic ‘Snow Sports’ label in the Other workouts category, but it doesn’t do anything special (yet?) beyond naming the workout.

For the time being, Apple is promoting a selection of third-party apps to make these features available to users.

Calorie burn, run count, and speed are determined using a combination of the altimeter elevation readings, accelerometer and GPS integrated into the latest Apple Watch models. Apple provides the underlying data through the new APIs, with the algorithms optimized for snow sports. It’s even possible to work out how much time was spent on the lift compared to the actual downhill trail.

The new updates to the third-party apps enable data collection for snow sports, which can be fed back into the user’s HealthKit database. This means users can gain credit towards their Activity rings with new workout records. The apps can also auto-pause just like the system Activity app behavior for outdoor runs.

Slopes and snoww also support SiriKit, so you can start snowboarding and ski workouts using just your voice. Expect even more apps to take advantage of the new snow sports features offered in watchOS in the future.