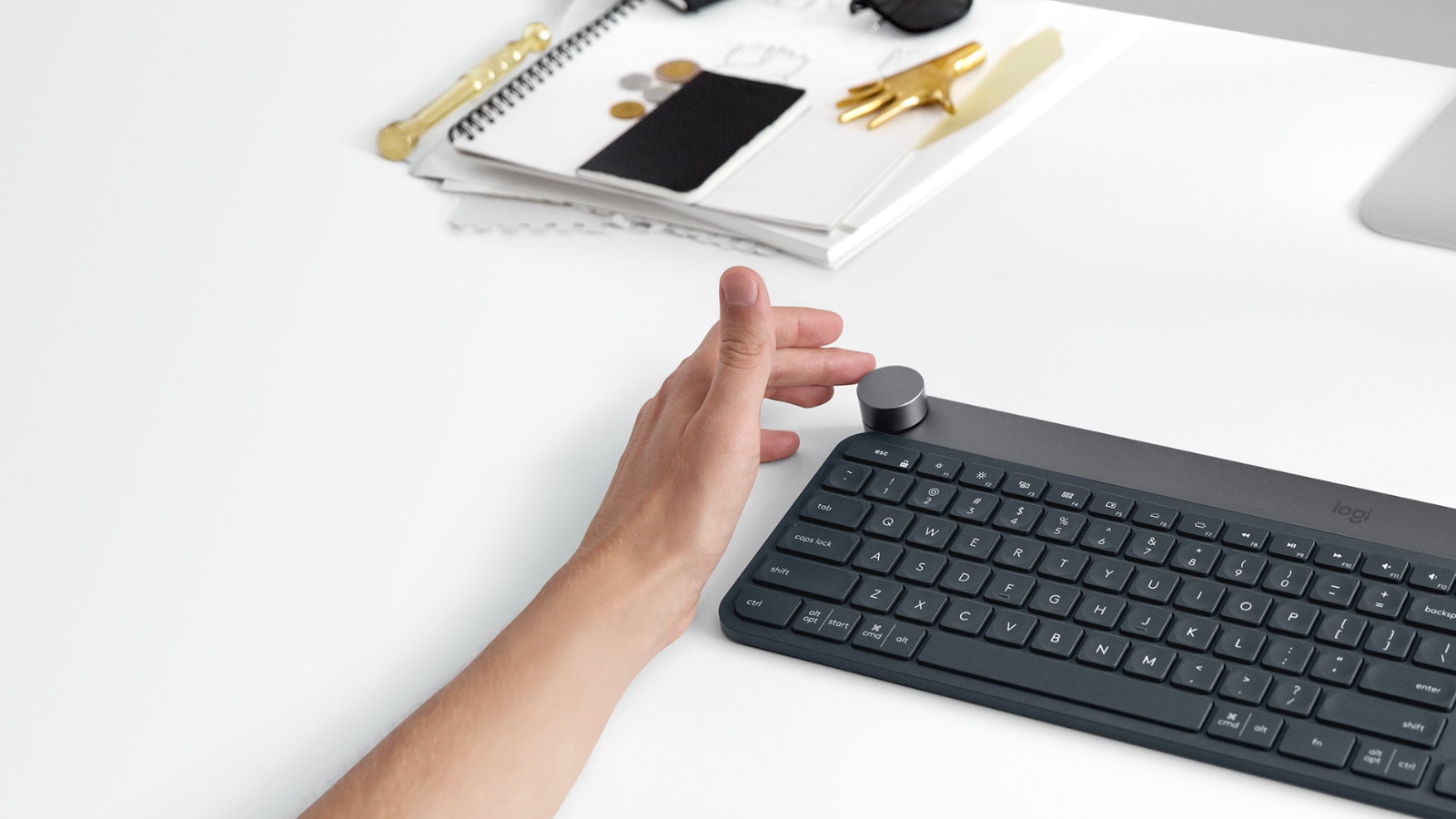 Logitech has today announced expanded support for their tactile-focused Craft keyboard. The keyboard’s standout feature is its creative input dial dubbed the Crown. By twisting, turning, and clicking the Crown, users can quickly adjust and use different tools in a set number of apps. Today’s announcement introduces support for Adobe Lightroom Classic CC and unveils an official SDK opening the door for third-party application developers.

Arnaud Perret-Gentil, a Product Manager at Logitech, had demoed to us just how powerful the creative input dial could be.

In using Photoshop CC as an example, he selected the brush tool and showed all that he could control from the Crown. With a light tap and turn on the Crown, he could adjust brush size, hardness, opacity, and flow. All of this without lifting a finger from his mouse or keyboard. No keyboard shortcuts necessary, the Crown already had a multitude of functions built in for each primary tool in Photoshop. He explained that the Crown experience was a subtle tool that one quickly became accustomed to.

After personally using the keyboard daily, I had come to desire the functionality of every app I used. Today’s announcement may help make that a possibility. With the new Craft Software Developer kit, application developers will be able to integrate their apps with the Craft’s input dial. This could mean seeing the same Craft functionality that exists in Photoshop also in Sketch or Pixelmator Pro. Imagine quickly scrubbing through the Final Cut Pro timeline, by just turning the Craft’s dial.