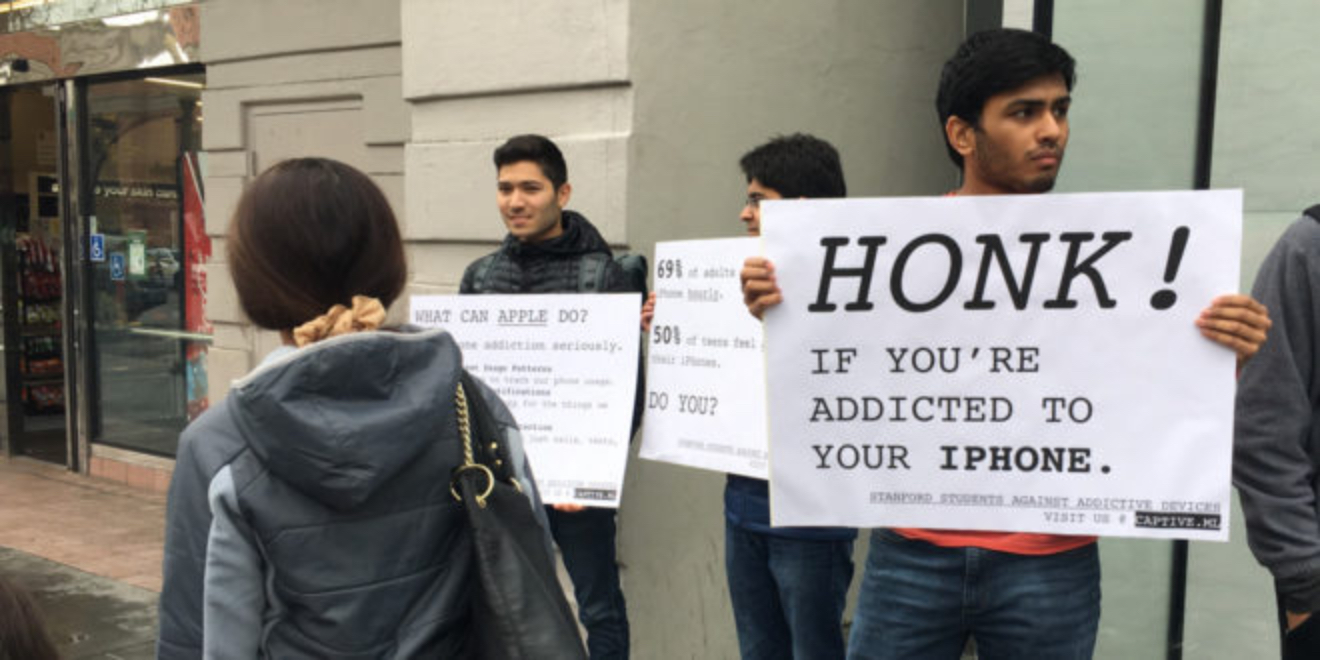 A group of Stanford students protested outside the Palo Alto Apple Store this weekend, campaigning for Apple to do more to help address technology addiction. The group referred to research that showed addiction to iPhones (and smartphones in general) hurts relationships, productivity and causes stress. They want Apple to add new iOS features to let users easily see how much time users spend using their phone, and a ‘distraction free’ toggle akin to Airplane Mode.

The students have summarised their wishes into a flyer. Technology addiction has been brought into focus recently, with a group of AAPL investors also penning an open letter on the subject earlier this year.

Apple has already promised that it is working on more robust parental control features, which will likely include ways for people to get a better summary of how much a phone has been used.

Via The Stanford Daily,

“We felt that this is the kind of change that a lot of consumers have to demand before Apple takes sustained action,” said Sanjay Kannan ’18. “We did some research into how prevalent the problem was, and we realized that 50 percent of teens are addicted to their phones, and 69 percent of adults check their phone hourly.”

In a recent report, Bloomberg said that iOS 12 will include a new ‘Digital Health’ tool which will address some of the concerns raised by the protestors. It will allow parents to keep a close eye on how much their kids use iOS devices, providing more transparency.

It is also rumored to include new Do Not Disturb options to silence notifications, echoing the idea of the ‘Distraction Free’ mode these students are advocating for.

Whilst the students admit that Apple isn’t the only one to blame, they argue the iPhone acts as a gateway to social networks and other services so it makes sense to deal with the issue at the source as it were.