Property owner of Apple’s Chicago flagship looking for a buyer, could net ≈$175M 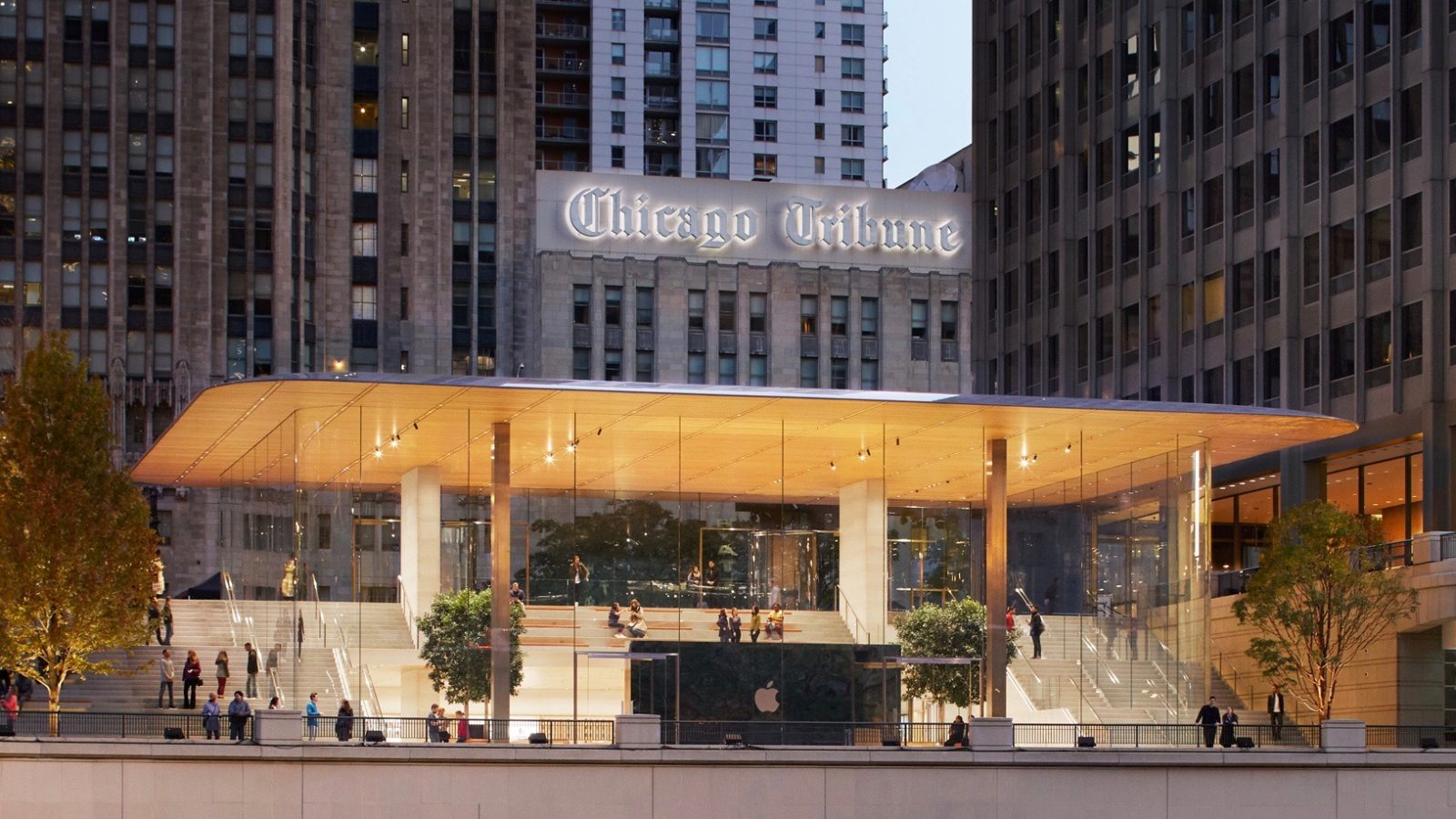 Apple’s Michigan Avenue, Chicago flagship store has been officially put up for sale by its landlord, Walton Street Capital.

The landlord is now looking to sell the 20,000 square foot MacBook Air-roofed Apple Store along with some of the retail space next door for up to $175 million. The firm is said to be keeping the office space in the 35-story building.

WSJ reports that in 2016, Apple Stores in malls netted $710/square foot in sales, which was a bit higher than the $630/square foot for non-mall Apple Stores. This positions the Apple Michigan Avenue property as a solid investment to interested parties.

Apple is well aware of the power of its brand and uses it to negotiate low rents. The rent it is paying for the new Apple Store in Chicago is well below the average $400 to $500 per square foot being paid nearby along Michigan Avenue, in an upscale retail area known as the Magnificent Mile, said people familiar with the matter.

However, there could be a the possibility of Apple paying a higher rent with a new owner due to its brand.

WSJ also notes that Apple has called the flagship its “most ambitious” location. As well as offering some of its most high-profile Today at Apple events.

Apple officials describe the store as the company’s most ambitious partly because of its design and its connection to the river. The store is also bringing in well-known professionals to teach Apple device users about the products, an experience that isn’t available at most other Apple stores around the world.

The store has also been in the news recently after seeing cracks in a glass panel and issues with how its roof handled snowfall this past winter.