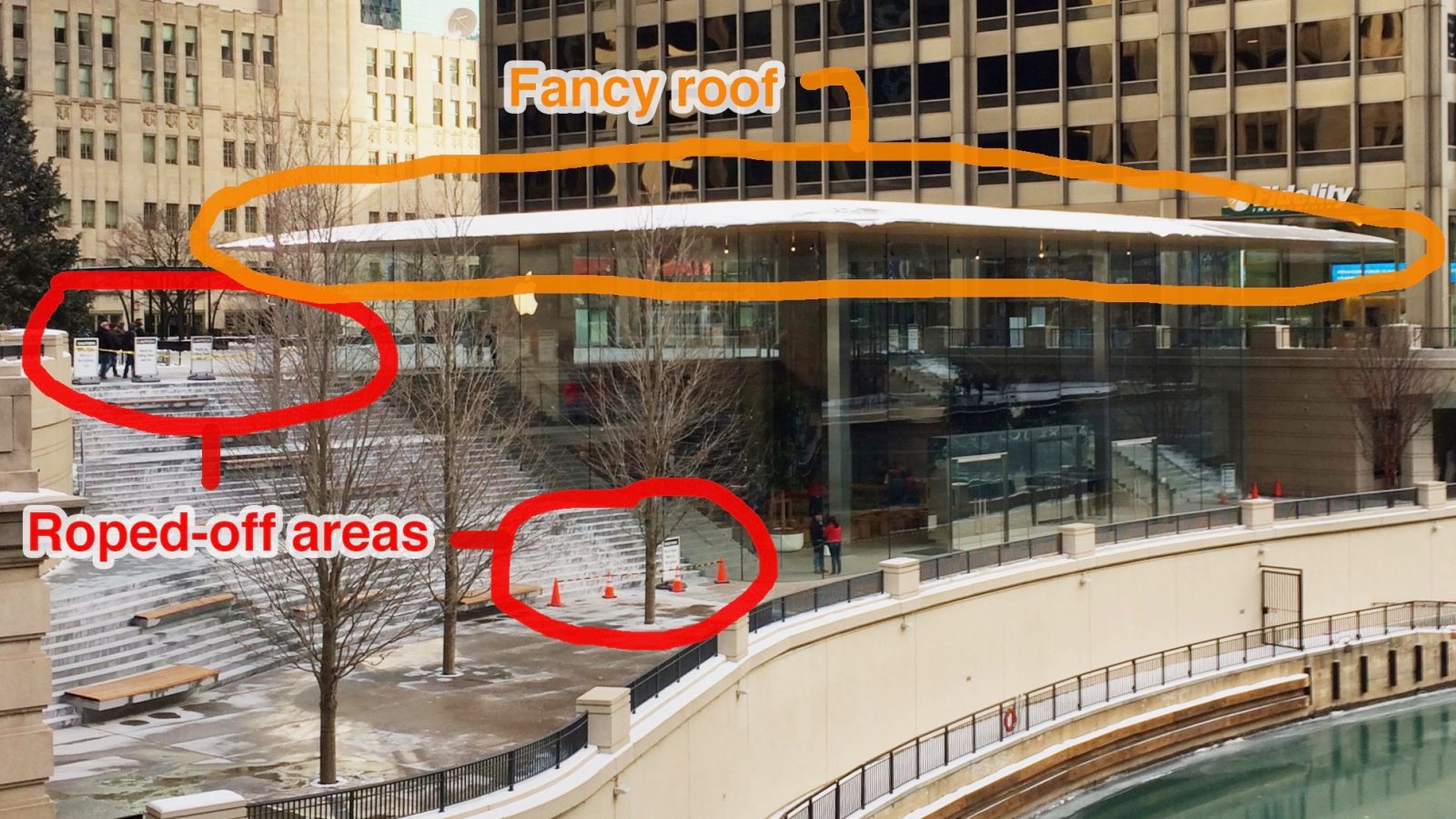 Apple’s gorgeous new Michigan Avenue flagship store looked like the worst example of form over function last week when snow along the Chicago River front meant parts of the store needed to be roped off. Did Apple really design an Apple Store that couldn’t handle a bit of frosty weather in a city like Chicago? The design wasn’t the issue, says Apple, but rather a software malfunction…

The problem appeared to be snow building up on the downward sloped MacBook Air-like rooftop. This resulted in ice building up and collecting on the ground areas around the store that potentially created an ice moat around the Apple Store. Some areas were deemed too icy for pedestrians and needed to be roped off to avoid injury.

In response to the head scratching that followed, Apple tells The Chicago Tribune (via Business Insider) that it was actually a software malfunction of sorts that created the situation and not the roof design itself:

Apple spokesman Nick Leahy on Friday said the building’s architects, London-based Foster + Partners, had designed the glass-walled store with winter in mind, but had been foiled by a technical malfunction.

“The roof has a warming system that’s built into it,” he said. “It needed some fine-tuning and it got re-programmed today. It’s hopefully a temporary problem.”

Heating up the snow to melt is clever if they can pull it off, but what about the waterfall that follows? Apple says the retail store uses internal support columns to funnel water off the roof. This allows Apple to avoid relying on traditional gutters along the roof top which is clever as long as it works!

We decided the best way to heat the roof with software is to just run Chrome. Problem solved. 👌 #OneMoreThing https://t.co/32DicUmHv8