Apple retail in 2017: A look at every store opened, closed, and remodeled 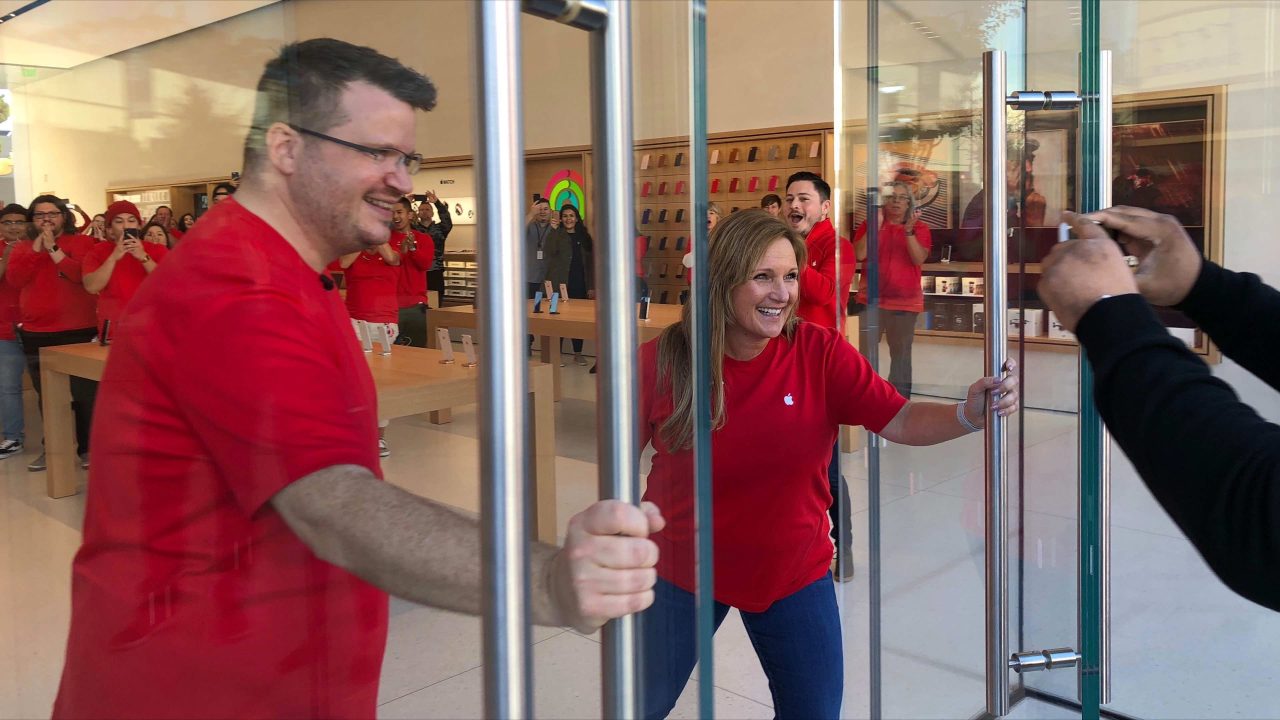 2017 was an incredibly active year for Apple retail, as the company’s refreshed store design continued its rollout across the world. As the calendar comes to a close, let’s take a look at every store location opened under the guidance of Apple’s retail chief Angela Ahrendts.

Apple stores in 2017 could be described as taller, brighter, and more open. First previewed and later rolled out in 2015, the company’s new retail architecture style was directly influenced by design chief Jony Ive. Since then, Apple has swiftly and methodically begun to remodel or replace each and every one of their retail locations with a consistent design language.

Gone is the traditional Genius Bar and gigantic glowing Apple logos, replaced with more subtle branding and massive displays bordering “Genius Groves” used during Today At Apple events. These new stores have been described by Angela Ahrendts as “Town Squares,” and they do indeed feel more open – and more luxurious too.

January 20th: 2017 began with the temporary closure of Apple’s iconic Fifth Avenue store in New York City for significant renovations. In the interim, Apple moved operations to a storefront directly behind the glass cube, a former FAO Schwarz retail space. While impressive in its own right, the temporary store will be dismantled when the cube reopens.

January 21st: Apple’s expansion in China brought a stunning Kunming store in the upscale Shuncheng Shopping Center. The entryway’s round lobby and flat roof are reminiscent of the Steve Jobs Theater.

January also saw the closure of two of three Apple Watch shops at Galeries Lafayette in Paris and Selfridges in London. These pop up stores were unique locations that dealt with Apple Watch exclusively and boasted impressive window displays at launch. Recently, Apple removed the webpage for the final Apple Watch shop at Isetan Shinjuku in Japan.

March 25th: A trio of stores opened on the same day in the United States, Germany, and China.

Apple Schildergasse repurposed a historic German storefront while preserving many of the building’s exterior details.

April 8th: Significantly larger than its predecessor in the same mall, Apple Woodland in Kentwood, MI reopened after renovation.

April 13th: Apple Avalon in Georgia opened as another entirely new structure, replacing a nearby indoor store in the North Point Mall. The building’s profile is consistent with Apple Stanford, but the interior features a more modern layout.

April 27th: Marking a major milestone in retail architecture, Apple opened their flagship store in the Dubai Mall. The location was designed by Foster + Partners, the same firm responsible for Apple Park.

May 20th: Apple Providence Place in Rhode Island celebrated a grand reopening after expanding significantly. The new store features large, rotating glass panes that are functionally different, but visually similar to the solar wings used at the Dubai Mall location.

May 26th: The multi-story Apple Orchard Road is the company’s first store in Singapore, and previews many design elements later found at Apple Park, including a custom staircase with a carved hand rail.

On the same day, Apple CambridgeSide in Massachusetts celebrated its grand reopening, replacing one of the few remaining black storefronts Apple used on early stores.

July 30th: Apple Bluewater in Greenhithe, UK closed for renovations. The store will likely reopen in 2018.

Meanwhile in Wisconsin, Apple Hilldale opened, relocating from an indoor location at the West Towne Mall in Madison. We took an in-depth look at the store just after opening.

September 2nd: The month kicked off with the reopening of Apple South Hills Village, located in the suburbs of Pittsburgh, PA.

On the same day, Apple Village Pointe in Omaha, NE reopened in a new storefront at the same mall. Its design is almost identical to the aforementioned Apple Hilldale.

On the same day, Apple Topanga in Canoga Park, CA reopened after remodeling its existing space.

The third store to celebrate its opening on the same day was Apple Summit Sierra in Reno, NV.

September 22nd: Just in time for the launch of the iPhone 8 and 8 Plus, two updated locations welcomed customers, the first being Apple Meadowhall in Sheffield, England.

The second, Apple Smith Haven is also a relocation within the same building in Lake Grove, NY.

September 30th: Closing out the month of September was the grand reopening of Apple Woodfield in Schaumburg, IL. This location is one of Apple’s oldest, originally opening in August 2001 as store number 5.

October 20th: Perhaps the most dramatic new store open of 2017 was that of Apple Michigan Avenue, Chicago’s newest flagship location. 9to5Mac attended the opening, which drew large crowds and a visit from Apple executives. The new store on Chicago’s riverfront replaced a unique stone storefront just a few blocks away.

November 17th: Apple Park Visitor Center in Cupertino, CA welcomed the general public for the first time. Adjacent to the new Apple Park office complex, the visitor center offers rooftop views of the campus, as well as exclusive merchandise. It is also the only Apple store to feature a Caffè Macs. Another first for the company’s hometown location is a massive 8K display, located centrally in the store’s Forum area. Previous Apple Stores featured lower resolution 6K displays.

We visited Apple Park’s Visitor Center on opening day and toured the store, which includes a special augmented reality experience.

November 18th: Apple Burlingame, near Apple Park’s Visitor Center, reopened after a floor-to-ceiling remodel. We attended the grand opening and brought you in-depth photos of the new store.

On the same day, Apple Burlington reopened in Massachusetts. Alongside Apple Park Visitor Center and Apple Burlingame, this location was among the first to implement tables with more subtle charging systems.

November 24th: Austrialians patiently waiting since 2015 for next generation stores to arrive got their wish when Apple Chadstone reopened in a suburb of Melbourne.

November 25th: Apple Shibuya, a location in Tokyo, Japan closed for renovations. The store will likely reopen in 2018.

December 2nd: Embracing a dramatic, googie-esque streamlined design not found in any of the company’s other stores, Apple Downtown Brooklyn opened in New York. Considering how significant the store’s architecture is, opening day was celebrated with little fanfare.

December 16th: Apple The Gardens Mall in Palm Beach Gardens, FL reopened in what is now the company’s “standard” layout for mall stores.

Apple retail leaves 2017 with 499 store locations, and the company shows no sign of slowing momentum as we enter 2018. Already, residents of Vienna, Austria are getting ready for a flagship store of their own. Across the globe, Apple has indicated plans for new locations in South Korea, Thailand, Australia, and Saudi Arabia. In India, the company continues to seek approval to open stores, and has finally received approval in the U.S. for a landmark location in Washington D.C.’s Carnegie Library.

In terms of architecture, attention to detail, and scale, each new store seems to surpass the last. It’ll be fun to see the locations arriving in the new year.