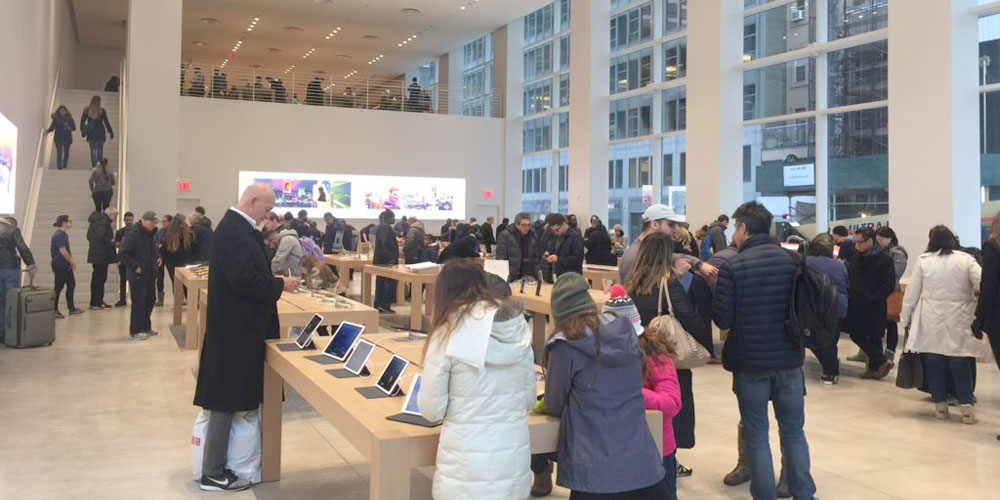 We learned earlier this month that Apple would be temporarily relocating its iconic glass cube store on New York’s Fifth Avenue in order to carry out refurbishments. The temporary store is now open, and we’ve now be able to see what the interior looks like.

Pingie has a set of photos showing the rather less glamorous exterior and a somewhat more basic interior, with an unfinished concrete floor.

The temporary store is right next door to the permanent one, and was formerly occupied by toy retailer FAO Schwarz. There had initially been some suggestion that Apple had been planning a permanent expansion into these same premises, but it was apparently deterred by the high rent being sought.

Apple reportedly argued that the value of the property had been boosted by the presence of its flagship store, turning the location into something of a tourist attraction, and that it shouldn’t have to pay for the impact of its own presence. It was that same boost in rent that drove FAO Schwarz out.

Apple last updated the store in 2011, when it reduced the number of sheets of glass in the above-ground cube from 90 pieces to just 15. Steve Jobs had originally wanted a 40-foot cube, but property owner Harry Macklowe pulled off a practical demonstration to convince him that 30 foot would be a better size. 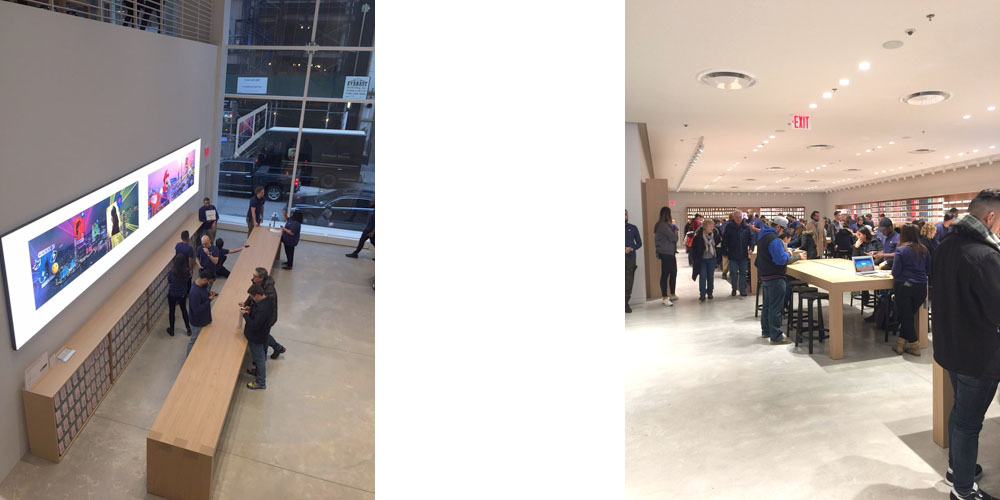 It’s not known exactly what Apple has in mind for the refurbished store, though it is likely to follow the Ive-designed examples set of other new or updated stores such as the ones seen in Brussels and London.