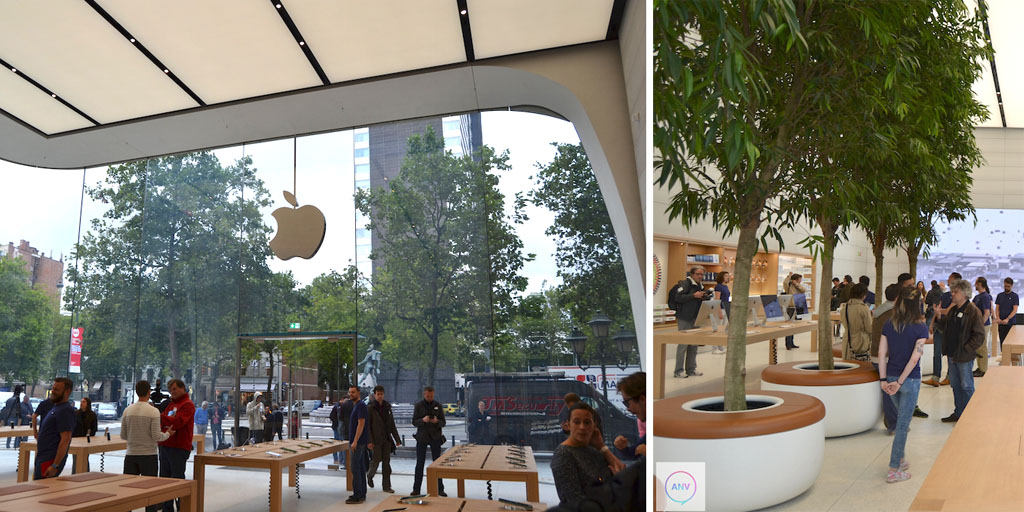 With Jony Ive having taken responsibility for all aspects of design throughout Apple, including its retail stores, we’re now getting our first look at the future look of Apple Stores in the form of a press preview of the brand new store in Brussels, Belgium. Local site ANV was there to bring us a great set of photos.

The exterior is dramatic, with huge, floor-to-ceiling glass panels that curve around the store’s facade. The interior is most notable for including trees with surrounding benches, and ANV reports that this is the seating area for customers awaiting Genius Bar appointments. From an old Mercury News report on a planned new Palo Alto store, both of these touches appear set to be standard features in future stores …

Apple has cut back on the number of backlit photo panels throughout the Brussels store, relying more on a single massive screen that will be used for training sessions as well as marketing. 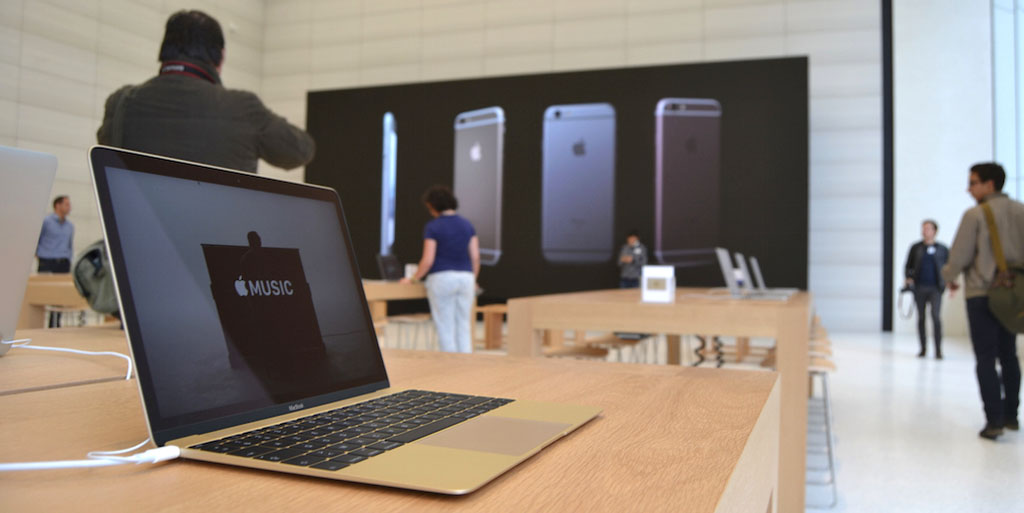 This allows natural materials like granite and wood to have greater prominence. 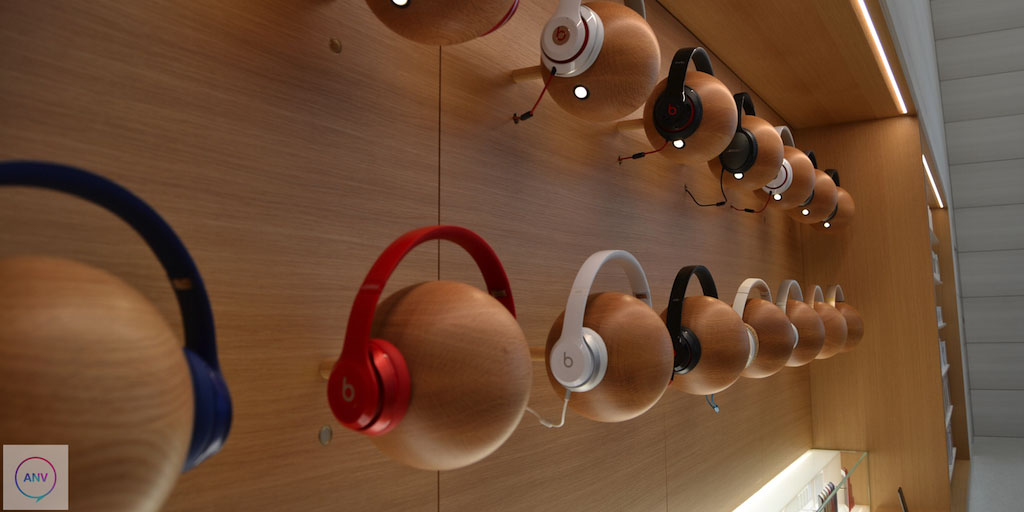 Some of the individual features have been seen in other stores, but what we’re seeing here is the complete integrated look Apple apparently intends to roll out to all new stores, and will presumably also make it way to existing ones in refits over time. An example is this drawer system for cases, which debuted alongside Apple-directed packaging for third-party accessories. 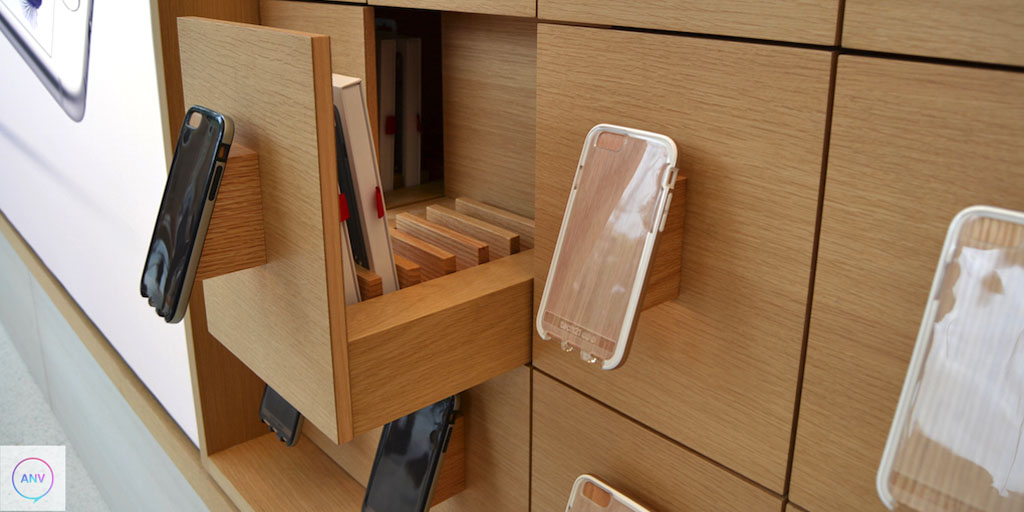 Other changes already seen in existing stores include the replacement of iPad Smart Signs with apps running on the demo devices, and the demotion of the iPod to the accessory section.

ANV has many more photos over on its site – take a look, then take part in our poll and let us know in the comments what you think.