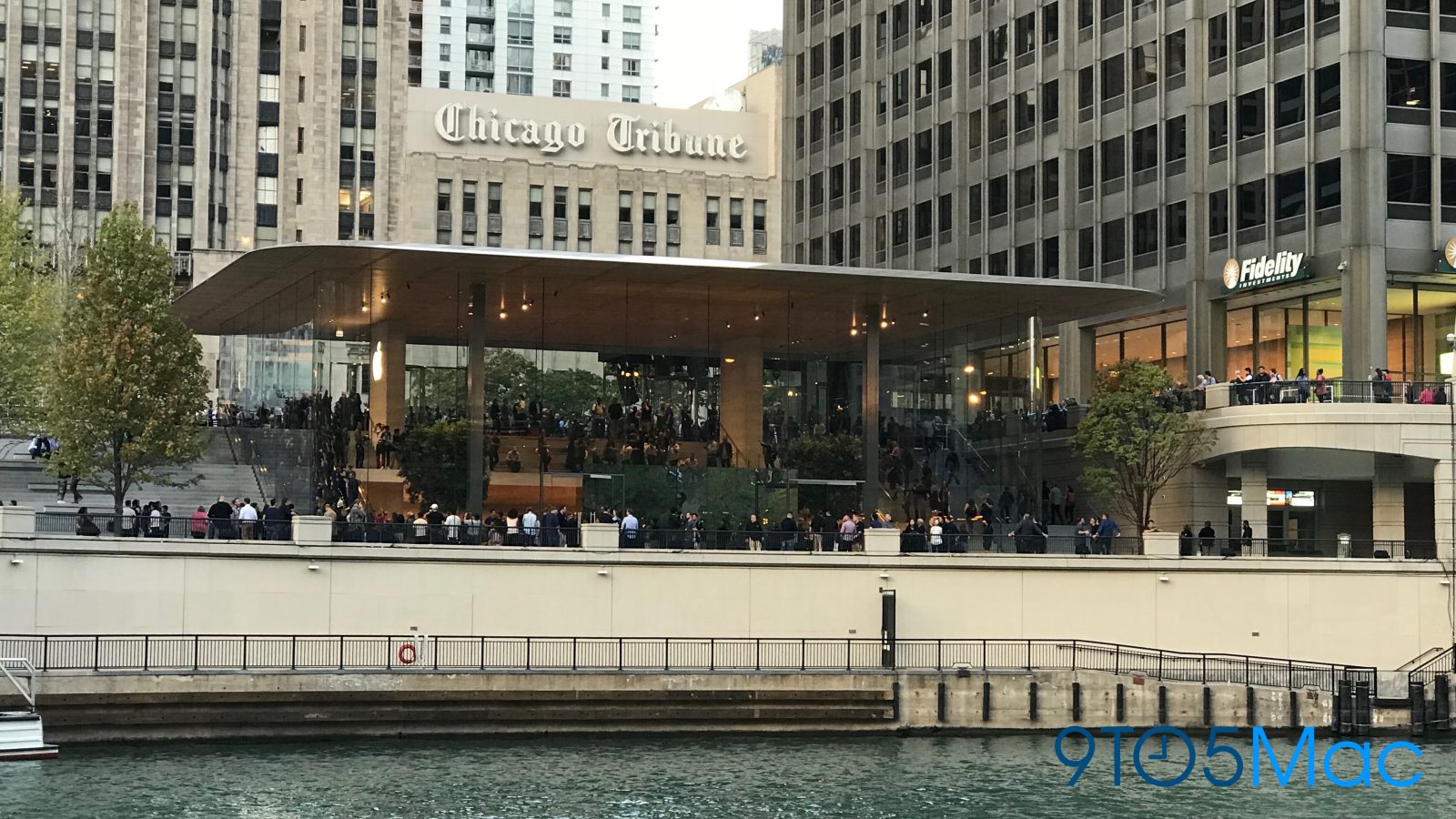 Apple opened a new flagship store in downtown Chicago yesterday and it is stunning. Sitting right along the Chicago River, Apple Michigan Avenue has been moved south about 5 blocks. 14 years ago Apple opened its first flagship store here in Chicago, and now they are doubling down on their mission: stores aren’t just for making money.

Earlier this year when Today at Apple launched, the idea was for people to be able to come to the stores, hangout, play, and learn something new. While there is still a focus on selling products, it is hardly the main focus.

Looking into Apple’s new Michigan Avenue store, the first thing that catches your eyes is the huge 6K resolution screen. This screen is freestanding with the doors to the river walk located behind it. With your back to the screen, you can take in the beauty of the rest of the store. The balconies above for performances and sessions, the trees indicating the Genius Grove, and the back of the store housing all of the products. The craziest part about that area is that it is actually located underneath the balconies and partially under pioneer Plaza above!

After you notice all of these things, the little things start to stand out to you. The curved glass that makes up the corners is nothing short of a technological marvel, especially because it can stop a vehicle crash of up to 75 miles per hour. Then you see the ceiling which is made from thousands of white oak slats underneath the carbon fiber roof made by PTC in Dubai. The shining white walls are all Castagna Limestone and the floors are granite from a single quarry in China. The Willy Wonka-esque glass elevator was made by Mitsubishi and all the leather in the store is from Hermès. 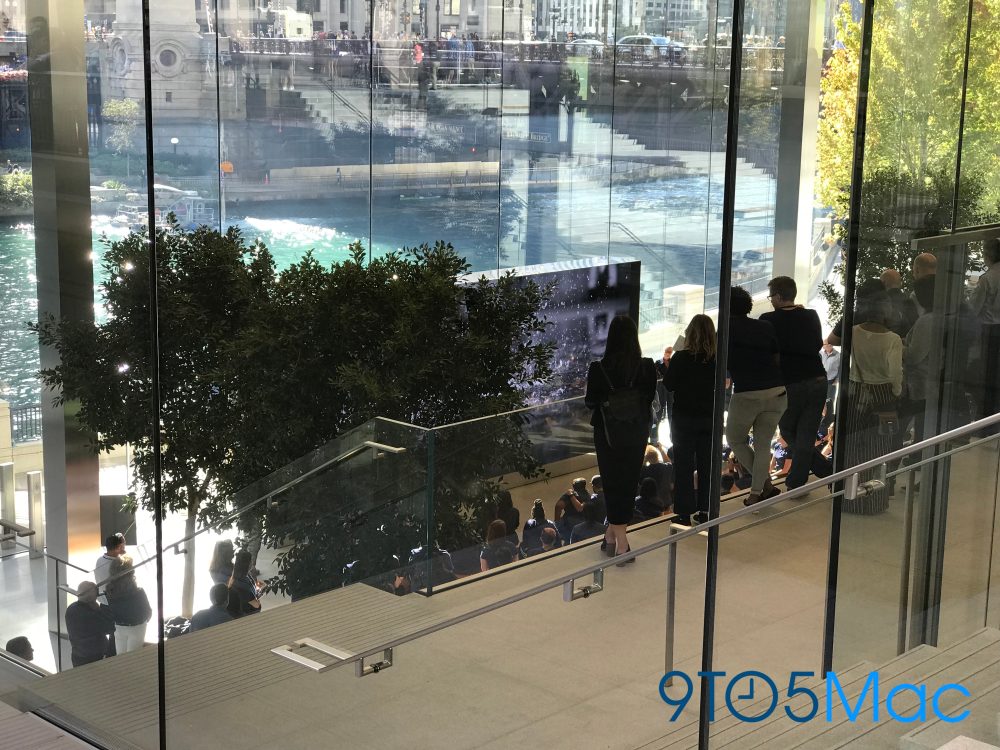 The coolest (pun intended) thing about the store though isn’t any of the architectural marvels that sprout from Jony Ive’s mind. It’s the heating and cooling system used for the partial underground store. What they do is pump water from the river to heat and cool the building. According to an employee in the store, it is a much greener solution to maintaining a comfortable atmosphere inside.

Apple could not have chosen a better location for this new flagship. In the heart of the Midwest, Chicago is well established as a cultural hub. Apple aims to take advantage of this to push its particular brand forward. Some would say this is all a ploy to get more people into the store. I would say that’s absolutely true but its not for the reasons most people think.

It’s not to sell you hundreds of dollars of merchandise, though that may be a by product. Apple’s goal is to educate and to become a staple in the community, and not just by selling tech.

Check out our gallery of images from the new Apple Store Michigan Avenue below: