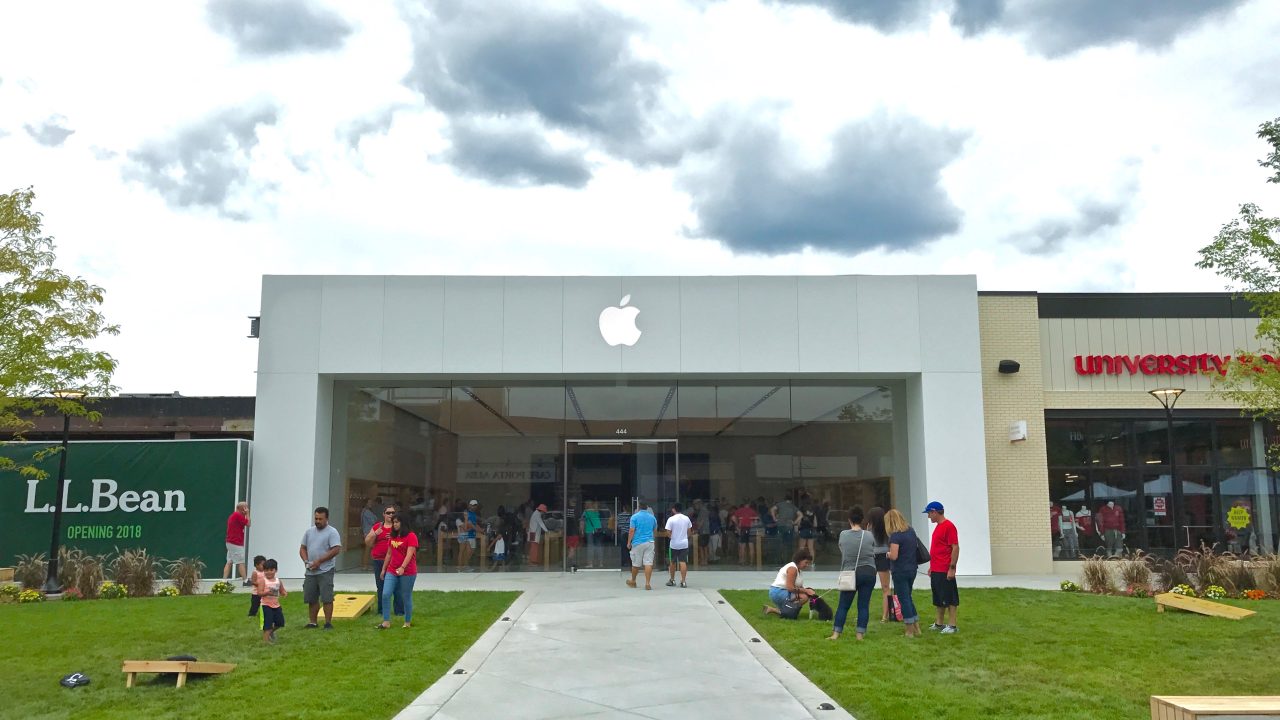 Apple Hilldale is closer in proximity to the University of Wisconsin-Madison, and centrally located next to University Book Store. The shopping center has transformed a new green space into a modern courtyard anchored by Apple, and will likely be a popular meeting and relaxation area. I paid a visit to the new location over the weekend and brought back some photos to share below.

Apple’s Madison location isn’t the first in the state to receive a complete modern redesign. Last September, Apple Mayfair in Wauwautosa reopened in a new, larger space sporting Apple’s new retail design. Apple Hilldale follows suit, but with large, floor-to-ceiling windows that flood the space with natural light not possible in an indoor mall. Angela Ahrendts, Apple’s SVP of retail, has pushed new in-store initiatives such as “Today At Apple” which take advantage of the store layouts first previewed in 2015.

Tall, paneled ceilings and terrazzo flooring and walls anchor a massive video screen at the back of the store. When not playing looped demos, the screen is used for live events. Wood benches with leather pull-out units are scattered in front of the display for seating. In older stores, this area was reserved for the Genius Bar. 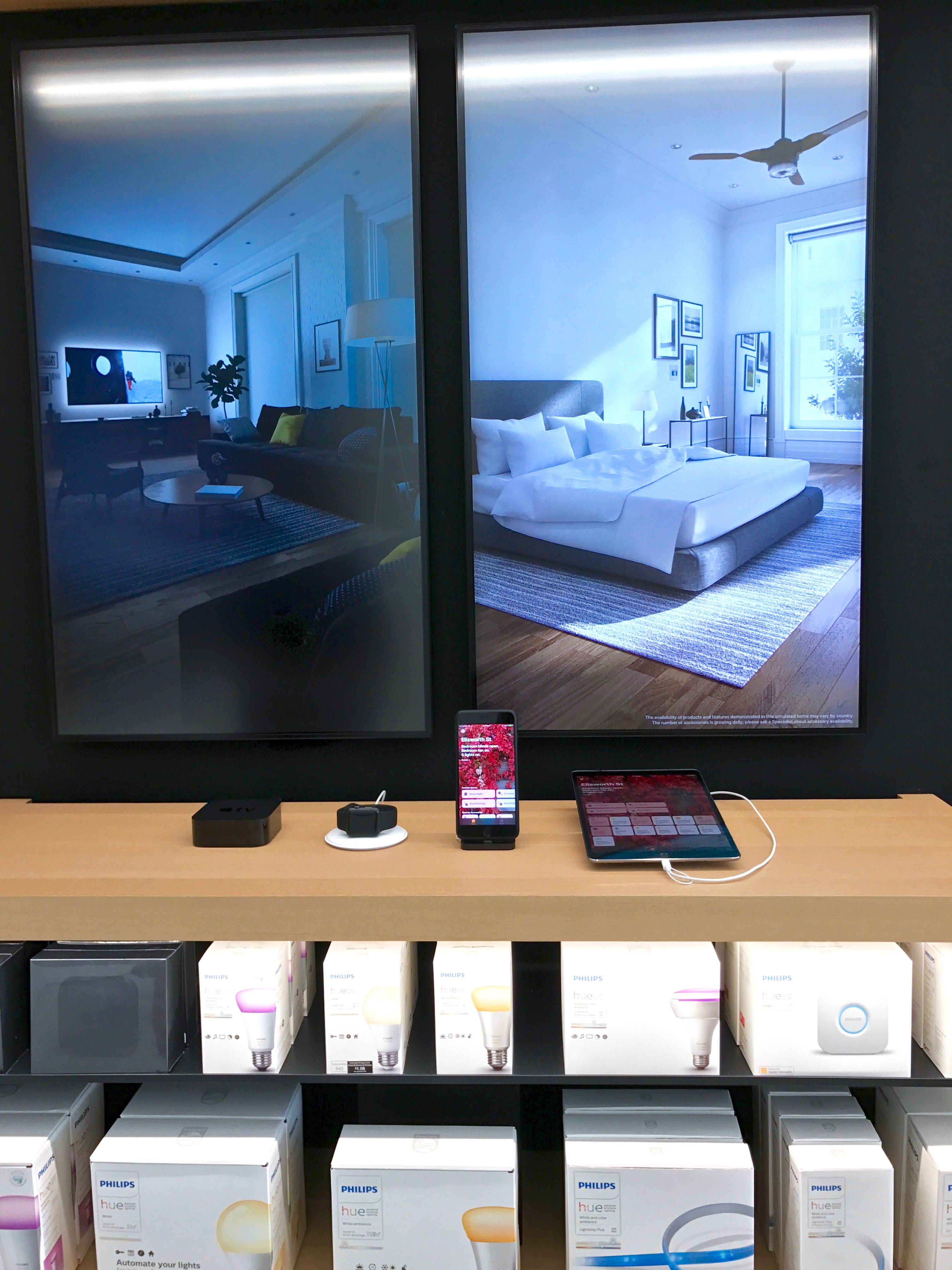 Circling the store are wooden display cases built into the walls, many of which have interactive demos and custom fixtures set up in them. One of the more notable examples is Apple’s brand new HomeKit demo area, which simulates a smart home experience on side-by-side monitors.

Other displays placed a large emphasis on iPhone photography, Swift Playgrounds, and Watch bands. Apple has wasted no time utilizing its retail presence to promote Apple Music and the company’s original content, promoting shows like Carpool Karaoke on the store’s many demo units. 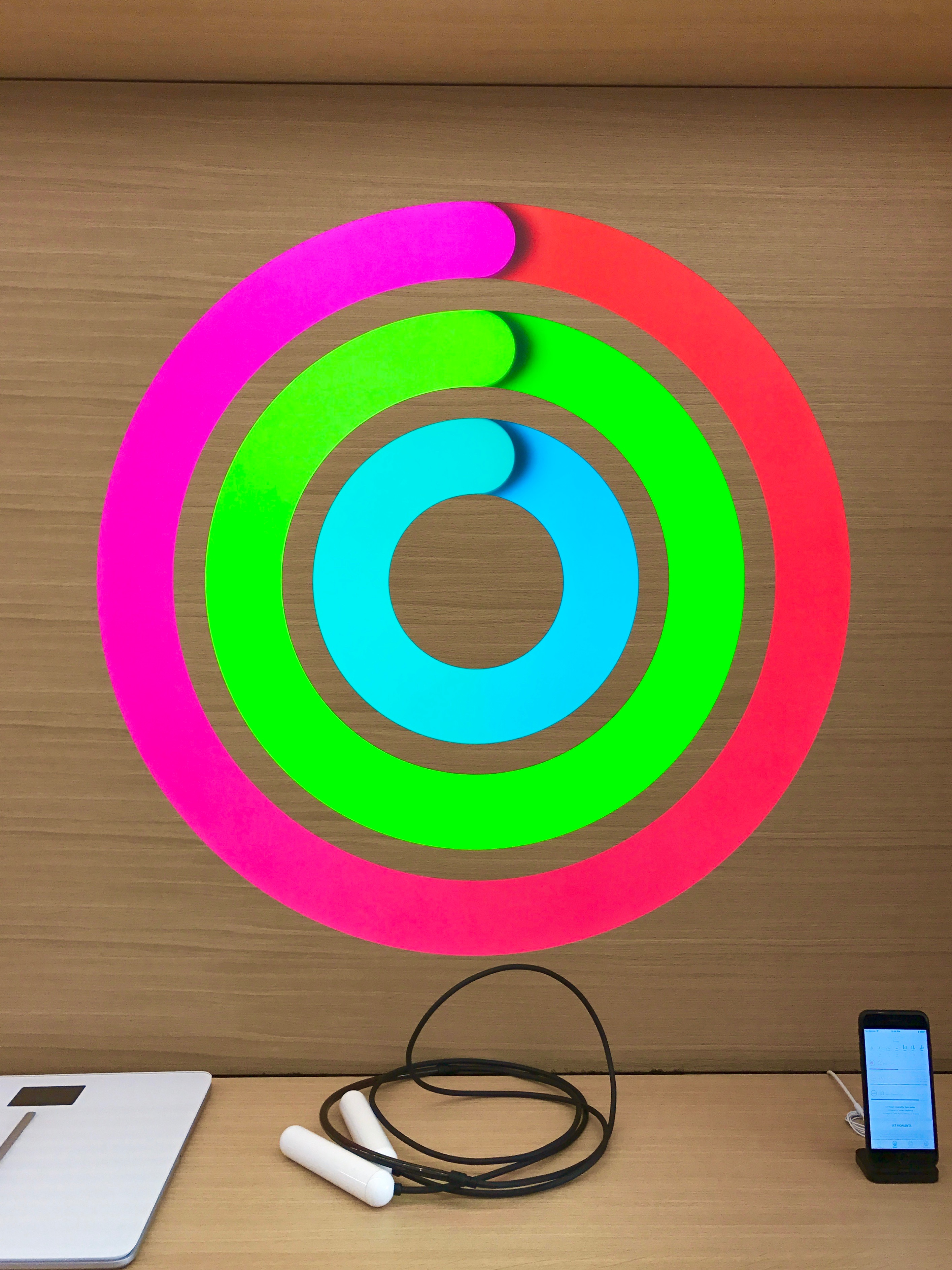 Perhaps my favorite detail in the store was at Apple’s health and fitness display. Embedded into the wall is a large, backlit panel featuring the Apple Watch’s activity rings. I wouldn’t mind having this in my own home.

Over at Apple’s old Madison location, things were a different story. Apple West Towne, the third Apple retail store in Wisconsin, opened in 2007. It had not been updated with a more modern store design, and still looked much like it did on opening day. Despite having closed only two days prior to my arrival, the store had been virtually wiped out of memory, covered by large temporary walls (although I could still see the Apple logo lit up underneath when I peeked between the doors.) The only mention of the store that remained was on the mall’s directory.

Over the weekend, Apple also opened a brand new and significantly larger location in Southampton, UK, at the WestQuay shopping center.