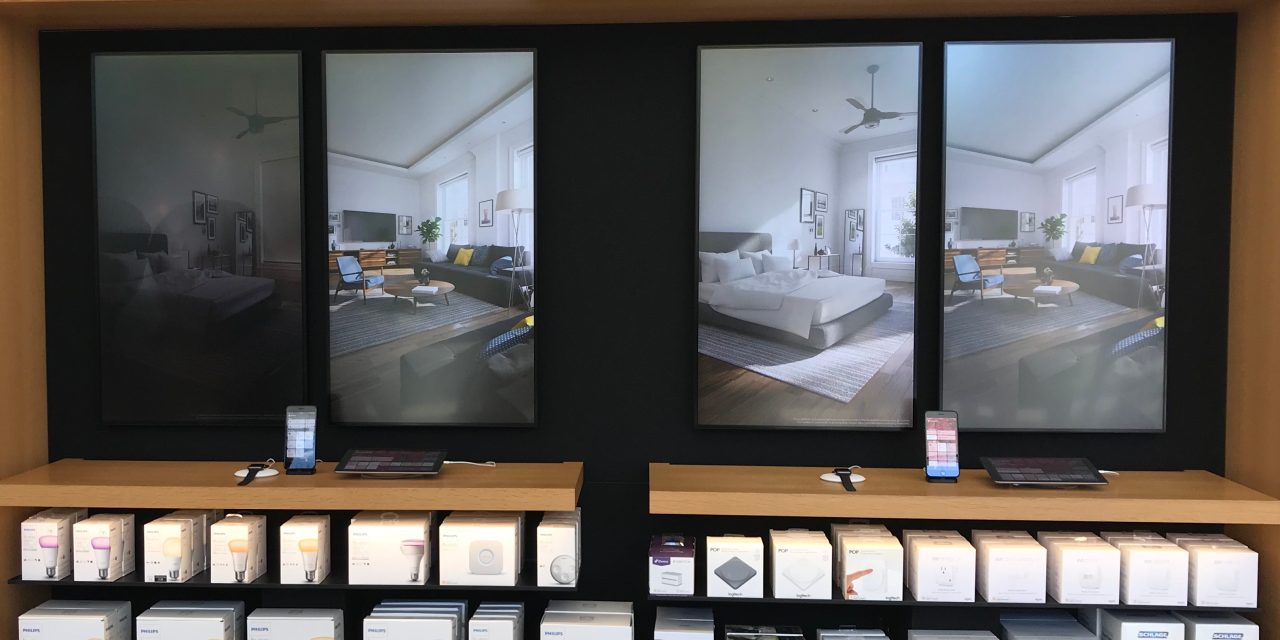 Apple has rolled out new in-store displays to select Apple Stores, demoing how users can take advantage of the Home app and HomeKit accessories to create smart home experiences.

The company has constructed special areas in the Apple Store where customers can test out the Home app on iOS devices and see the changes update live in the virtual home pictured on the screens. If visitors like what they see, they can then buy accessories like Philips Hue bulbs off the shelf using the Apple Store app.

Via TechCrunch, Apple is launching the new store displays in 46 of its retail stores from today including its usual flagship locations like Union Square. Other stores will also get new promotional materials advertising HomeKit, but it won’t be interactive.

The new displays serve as both a promotional and educational tool. For customers who have yet to acquire smart home equipment, they simulate what a smart home experience has to offer. For example, people will be able to see what happens when you activate the ‘Good morning’ or ‘Good night’ scenes in the Home app.

The demos let customers check out the various Siri commands on the virtual house, before committing to installing the various HomeKit accessories in their home. Beneath the demo units are a row of select HomeKit devices that Apple sells, from Hue lights to Hunter ceiling fans and Logitech switches.

Tim Cook has heavily pushed HomeKit in recent months and it’s clear the company is spending more effort on it since adding Home as a stock app in iOS 10.

Later this year, Apple will debut the HomePod — it’s smart home voice assistant product. As well as focus on music, the HomePod can act as a HomeKit hub to control all the HomeKit devices in the home. For Apple, the more HomeKit penetrates into its user base, the bigger potential market for the HomePod.