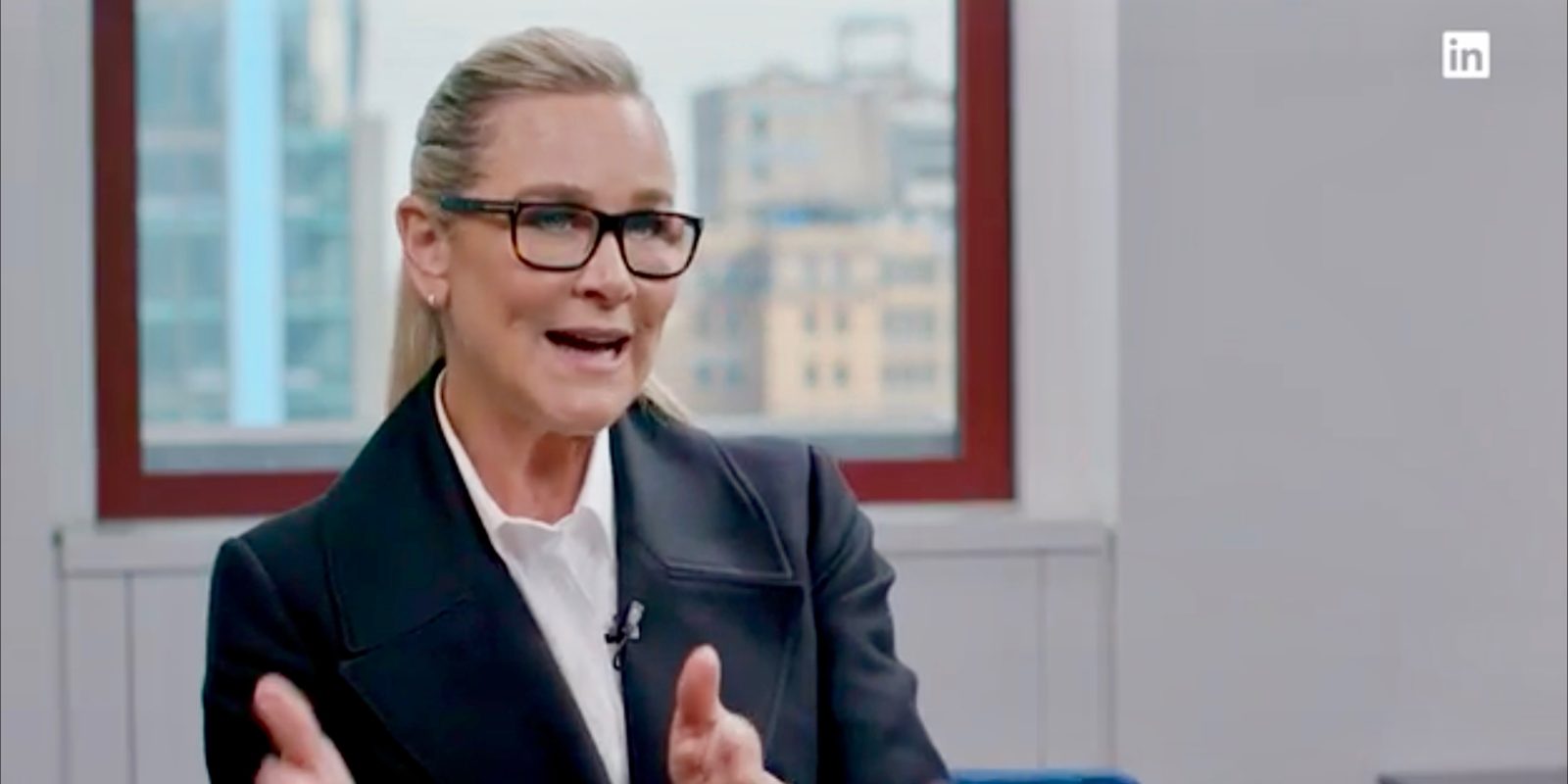 Apple Retail chief Angela Ahrendts has appeared in a video interview promoting the new Today at Apple initiative launching at Apple Stores this week. In the discussion with LinkedIn’s Daniel Roth, Ahrendts talks about her approach to leading Apple Retail to success when some retailers are struggling. Included in the video are some interesting numbers like Apple’s employee retention rate and even how many beacons were just installed overnight as part of the Today at Apple effort.

The clip highlights Apple Retail’s 18% growth in the last quarter and compares Apple Store’s 85% retention rate among 67,000 employees compared to 20% average across the rest of the industry. Ahrendts added that in the United States,  that rate is actually higher at 88% among full-time employees who make up two-thirds of the retail division.

Ahrendts says she communicates with employees through weekly three-minute videos (some of which we’ve seen) that typically include three thoughts each. In return, she says, some employees have actually started creating their own videos to communicate ideas to her. Ahrendts says Apple is working on creating a new platform for everyone’s stories as a formal way to support this activity.

To gauge employee feedback, Apple Stores have used NPS, or net promoter score which is typically used to rate customer experience, to ask employees about the experience of working at Apple. Ultimately, Ahrendts says, the goal is to have employees answer yes to whether or not they would recommend a friend work at the Apple Store as a metric of success. 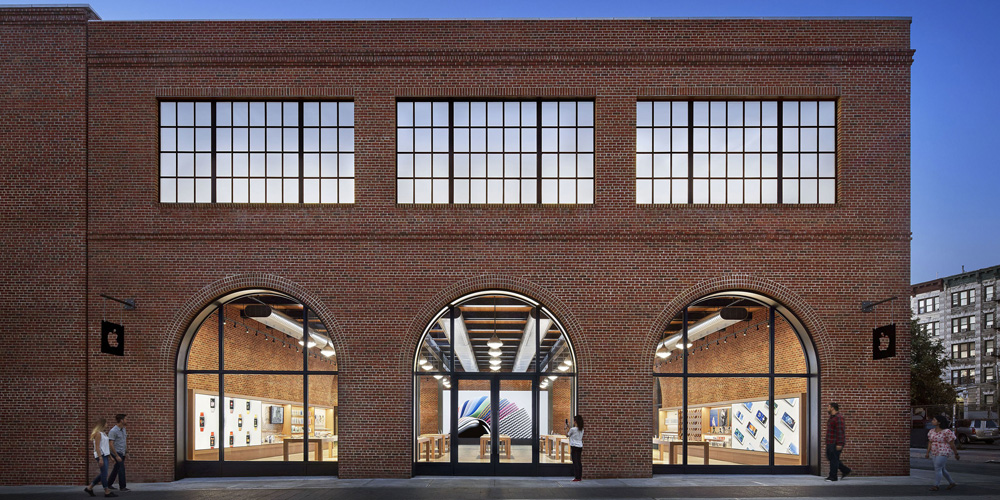 Ahrendts also says that Apple Stores created a platform for workers called Share Your Ideas to encourage employee feedback, which will be evolving to better serve the 5,000 ideas that are submitted each month.

Apple also crowdsourced ideas for retail’s overall vision, which collected 2,000 ideas that were filtered down to 1,000 then 463 before creating seven versions of the retail philosophy that are being piloted now. Ahrendts says these ideas happen to match Apple’s overall values like encouraging accessibility and entrepreneurship.

In terms of retail stores, Ahrendts discussed the continuing effort to introduce new concept designs at stores with around 100 planned by the end of the year. For perspective, she says about half of the stores in the US were opened before the iPhone launch, which explains their need to expand in size. She says 30 to 35 stores are being remodeled a year to be double and triple the size. 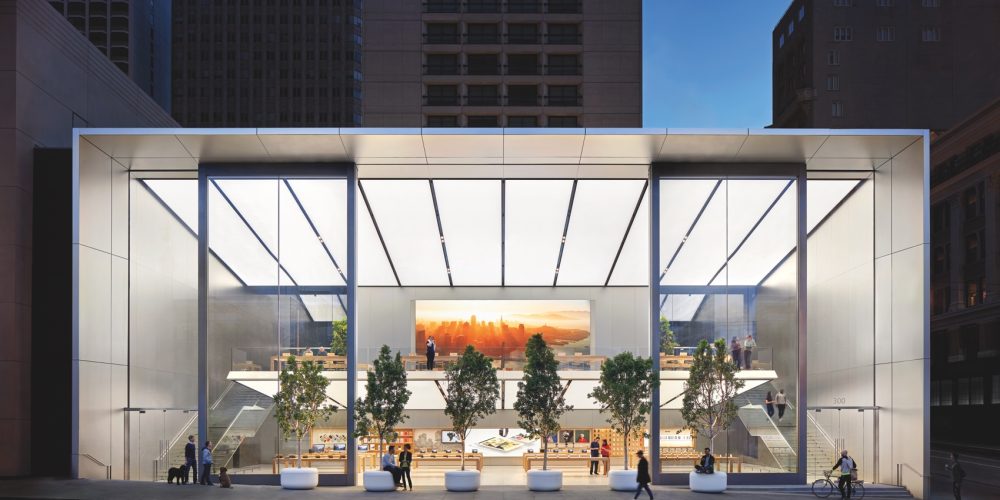 As part of the Today at Apple effort, Ahrendts says Apple Stores are increasing seating, turning up the audio, and installing 50,000 beacons into 400 stores across 30 countries. This overnight effort just happened and applies to all stores that won’t be expanded in the next 12 months, she says.

Ultimately, Ahrendts believes stores need to evolve but malls won’t go away. Rather than be 20% about the experience and 80% about shopping, however, she believes the numbers need to flip as online shopping will typically be faster and cheaper than shopping in stores. Ahrendts also says Apple’s focus on promoting creativity and the arts is in preparation for the shift to automation where a return to the arts will be valued. 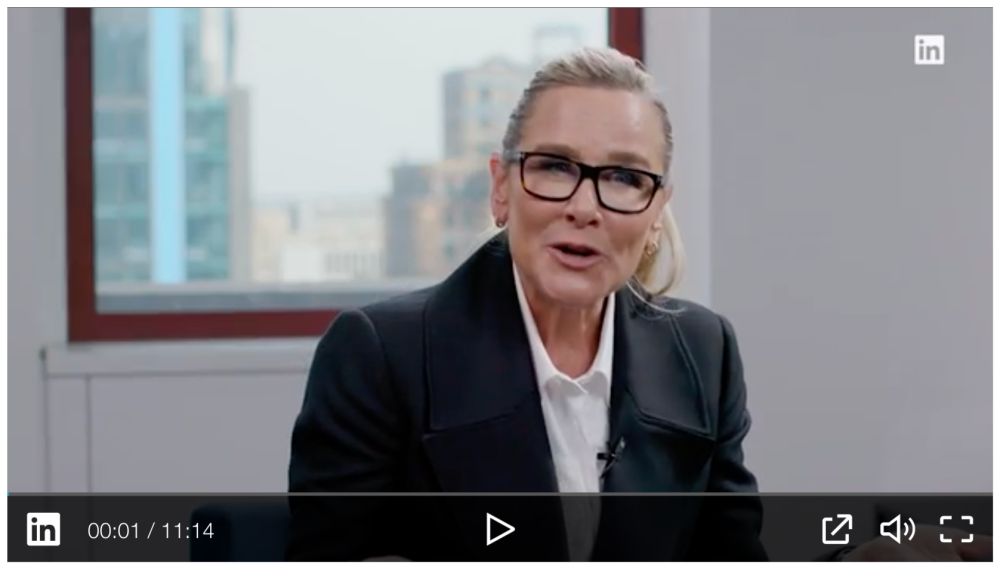