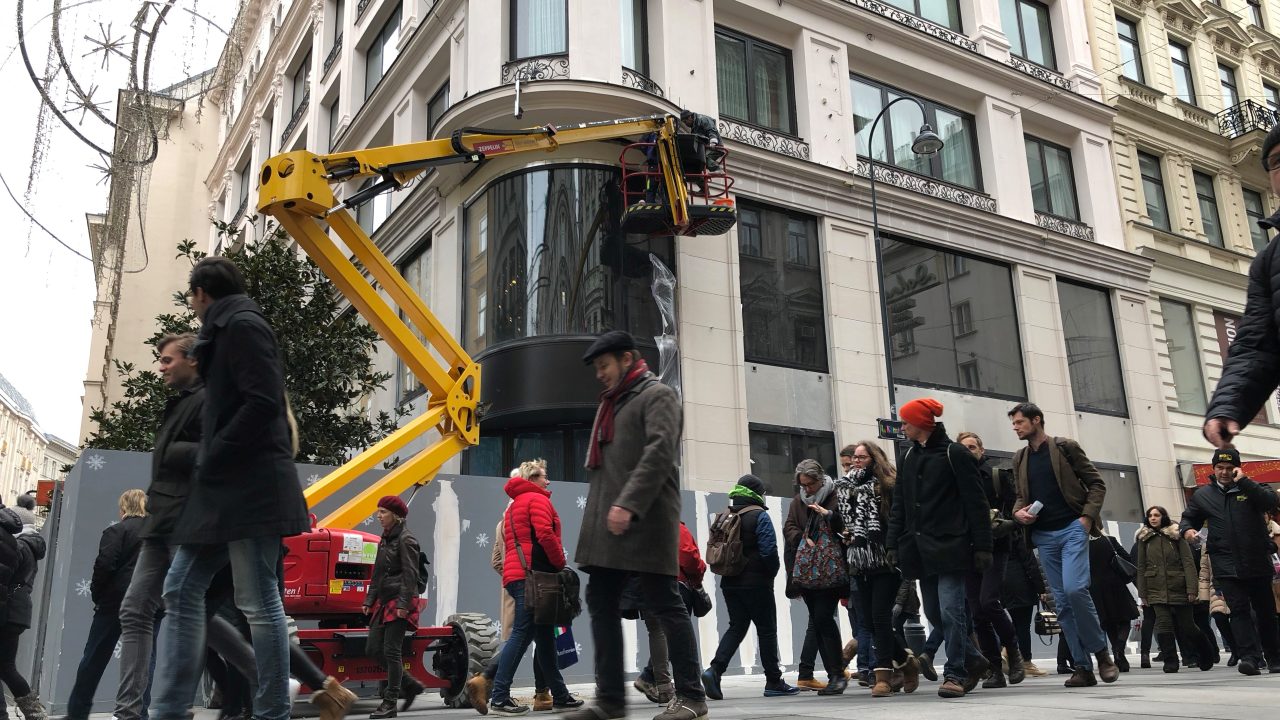 9to5Mac reader Philipp has shared some new photos with us of construction progress at Apple’s new retail location on Kärntner Straße in Vienna, Austria. Details about the store, Apple’s first location in Austria, originally came last August when it was revealed that Apple was finalizing plans to take over the space formerly occupied by fashion retailer Espirit.

Today’s photos reveal the building’s newly-installed facade for the first time, which was previously covered by temporary sheeting during construction. Apple appears to have entirely replaced the building’s previous storefront, modern glass panels that strayed from the structure’s historic architecture. Apple’s new facade restores the building’s original appearance while maintaining an uncluttered design. The architecture is reminiscent of Apple’s Schildergasse location near Cologne, Germany.

Also visible in today’s photos are decorative trees lining one side of the building, nested in planters not dissimilar to the ones Apple has been using in “Genius Groves” at other retail locations. 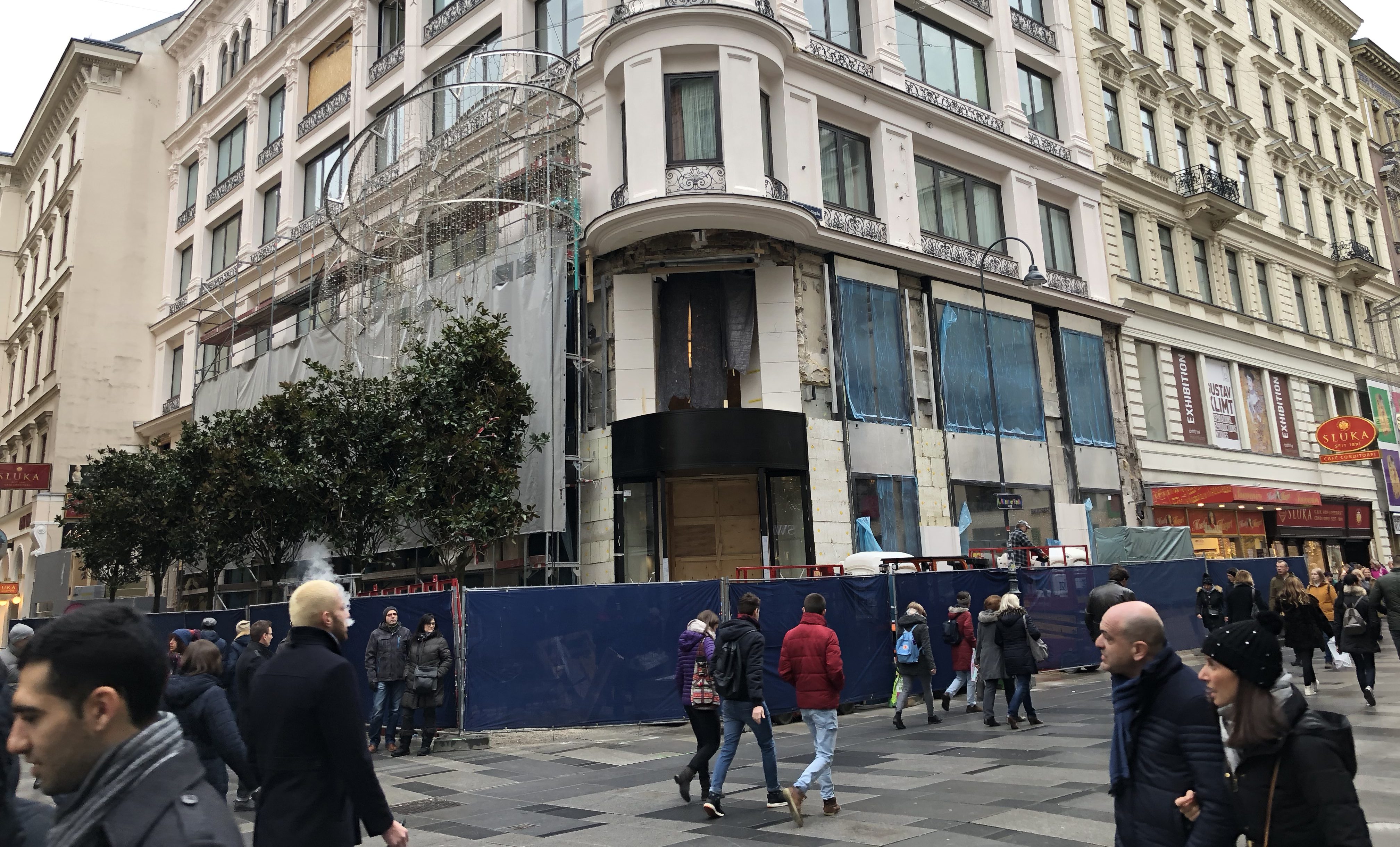 Construction has progressed rapidly on the new store. In another photo (above) from November 27th, the majority of the building’s windows were absent. Earlier photos (below) from August 17th show temporary sheeting encasing the structure.

Apple retail has seen considerable activity across 2017, as many store locations have received remodels and relocations to larger and brighter spaces. Just today, Apple reopened their store at The Gardens Mall in Florida. Last month, stores in Burlingame, CA and Melbourne, Australia, reopened after renovation, and an impressive new wedge-shaped store in Brooklyn, NY was completed. A report yesterday claimed Apple’s first Korean location will open on December 30th.

About 9 people gathered outside the @Apple store at The Gardens Mall before it reopens at 9 a.m. after ~9 month renovation. pic.twitter.com/eAu9OL5gWE