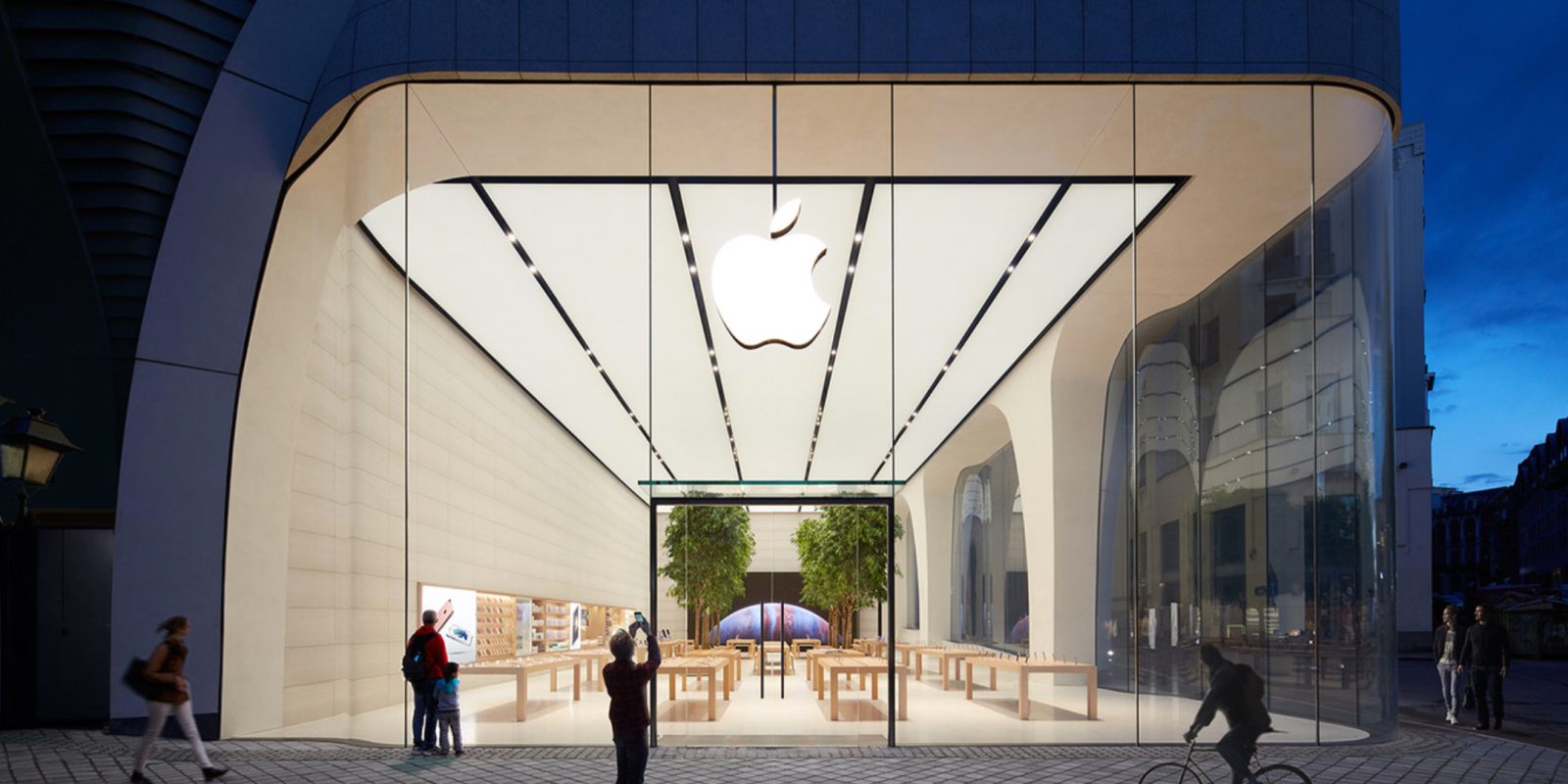 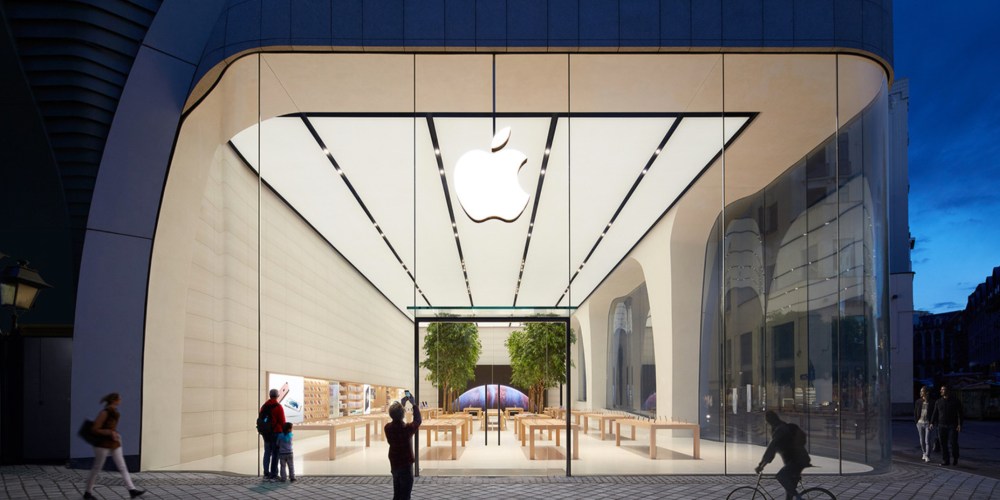 In Belgium, Apple has opened its first ‘next-gen’ redesigned Apple Store in Brussels. The store features huge glass panes that curve around the exterior. The store has also reduced its reliance on backlit screen panels. Instead, Apple is relying on a single huge screen that covers one wall which will serve many purposes, including retail training and product marketing.

Inside, Apple has installed two rows of plant pots with real trees growing inside the store. Even more incredibly, the product tables (made of fine redwood) are actually motion sensitive with power outlets revolving into view when it detects people are nearby. Reader Franklin Schrans has sent in a video showing the cool moving tables in action …

The store opened this morning to big crowds, with some queueing overnight to be first into Apple’s brand new stores (see the below video). This is the first of many retail stores to be revamped with Jony Ive leading the next-generation design.

In the US, the first of these redesigns will be seen in Germantown, Memphis. Apple got approval for its new store in the country last month and revealed it would be the first in the US to feature its new Apple Store appearance.

Tim Cook is also in Brussels today, celebrating the opening of the redesigned store: