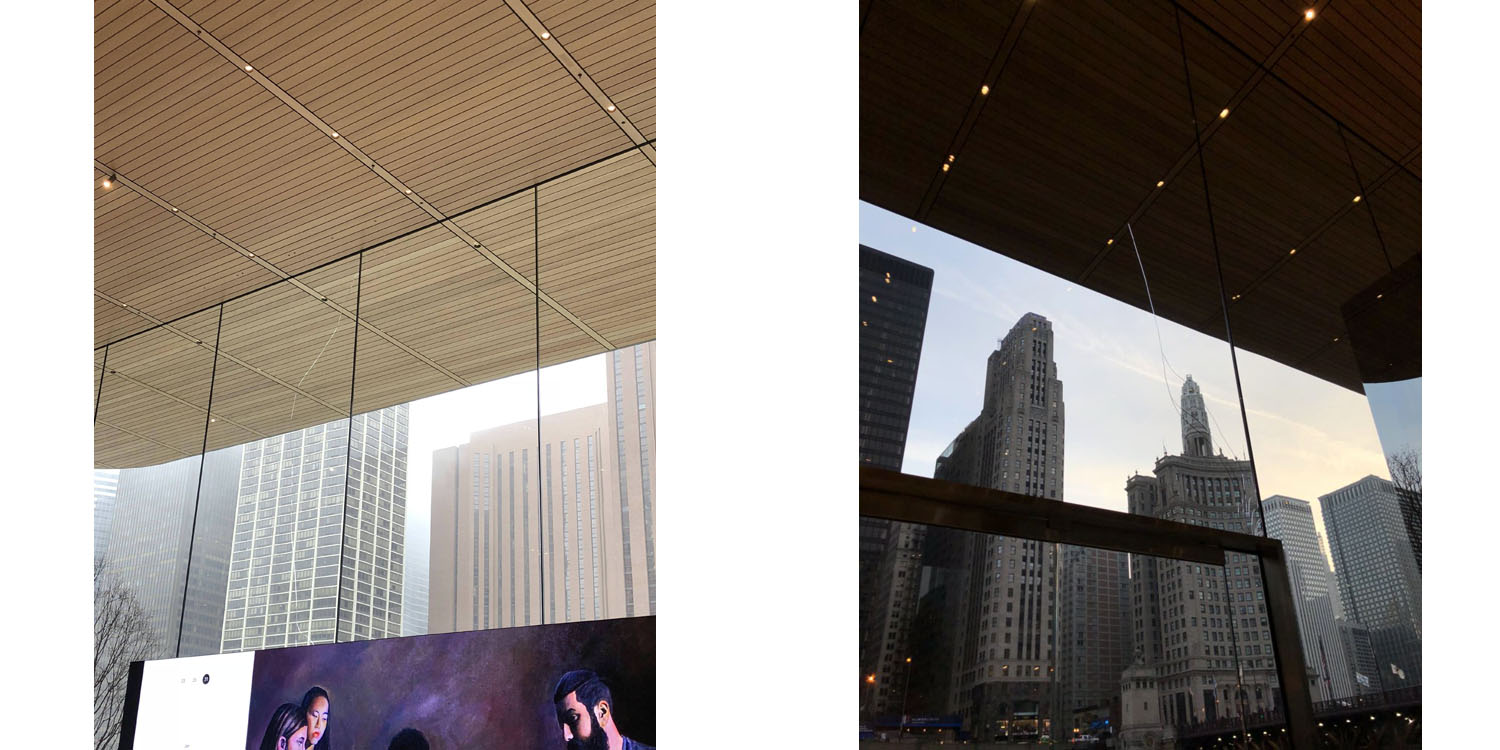 A huge crack in the glass at Apple’s flagship retail store in Chicago has been present now for several weeks, and appears to be growing …

Our own Michael Steeber noticed the crack when he was visiting the store recently, and a reader has sent new photos which show that the crack is still present – and apparently getting worse.

In the latest photo, right, the crack appears to have splintered into several different branches.

It’s of course not the first problem Apple has experienced at this store. The company was forced to rope off large areas of the exterior due to snow and ice falling from the MacBook Air-style roof.

The company later said that the roof was equipped with heating elements designed to prevent the build-up of snow, but a software malfunction was stopping it from working properly. We understand that this problem has still not been resolved, particularly unfortunate in a city which gets more than its fair share of snow.

We’ve reached out to Apple for comment on the cracked glass, and will update with any response. Perhaps it’s just a HomePod marketing campaign, Apple bringing back the broken glass from the iPod Hi-Fi launch …