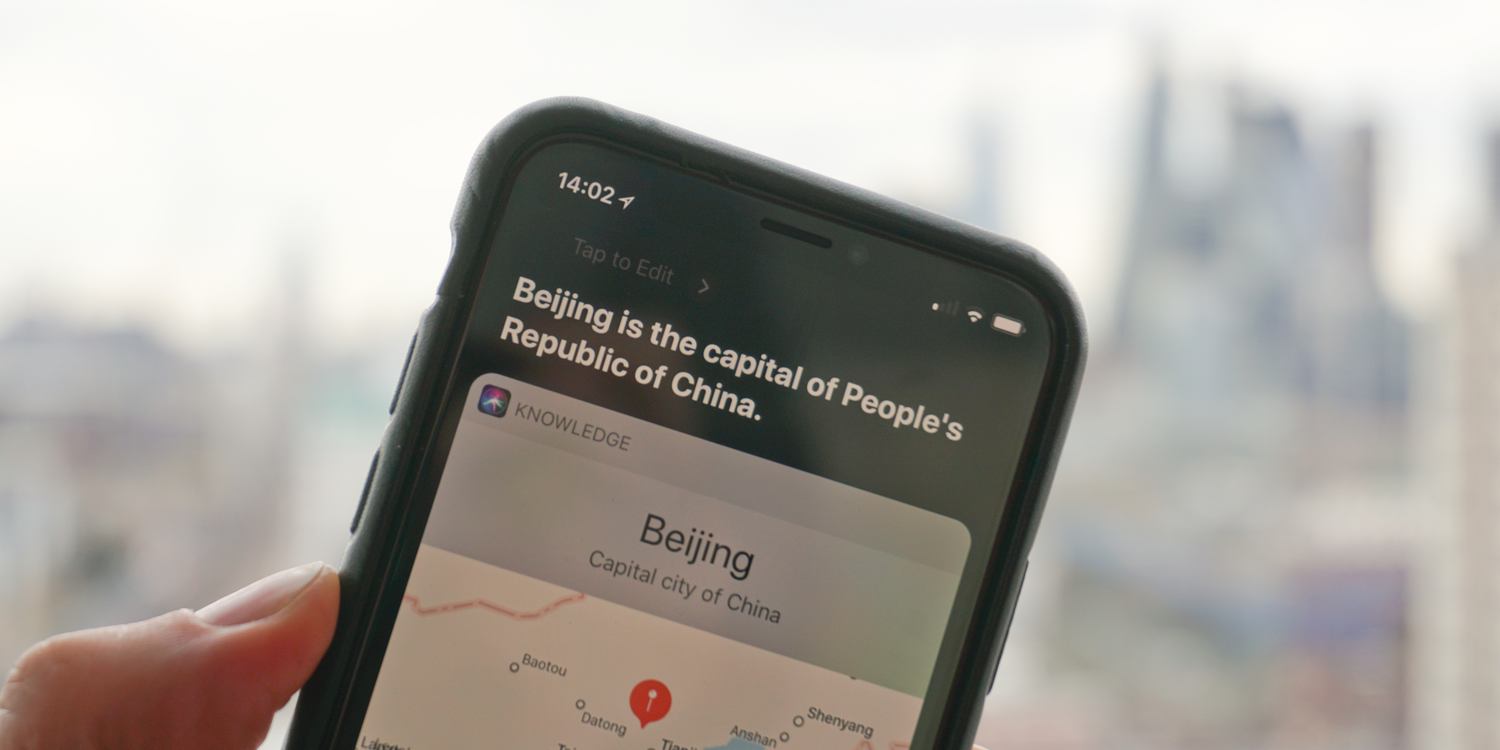 Wikipedia’s Chief Revenue Officer, Lisa Gruwell, has said that companies which pull data from the service without donating could be considered guilty of exploitation.

She said that smart assistants relied heavily on information sourced by Wikipedia, but while Google has made substantial donations, Apple and Amazon haven’t …

Gruwell told TechCrunch that Wikipedia allows companies to use its service to answer user queries, but thinks that implies a responsibility to give back.

Amazon donates nothing, and Apple does so only by matching employee donations, which last year amounted to around $50,000. Google, in contrast, donated more than a million dollars in the same period.

Many Siri queries are answered by citing Wikipedia. In the example shown in the photo above, the answer to the question ‘What is the capital of China?’ is presented as Siri Knowledge, but the content is drawn from Wikipedia.