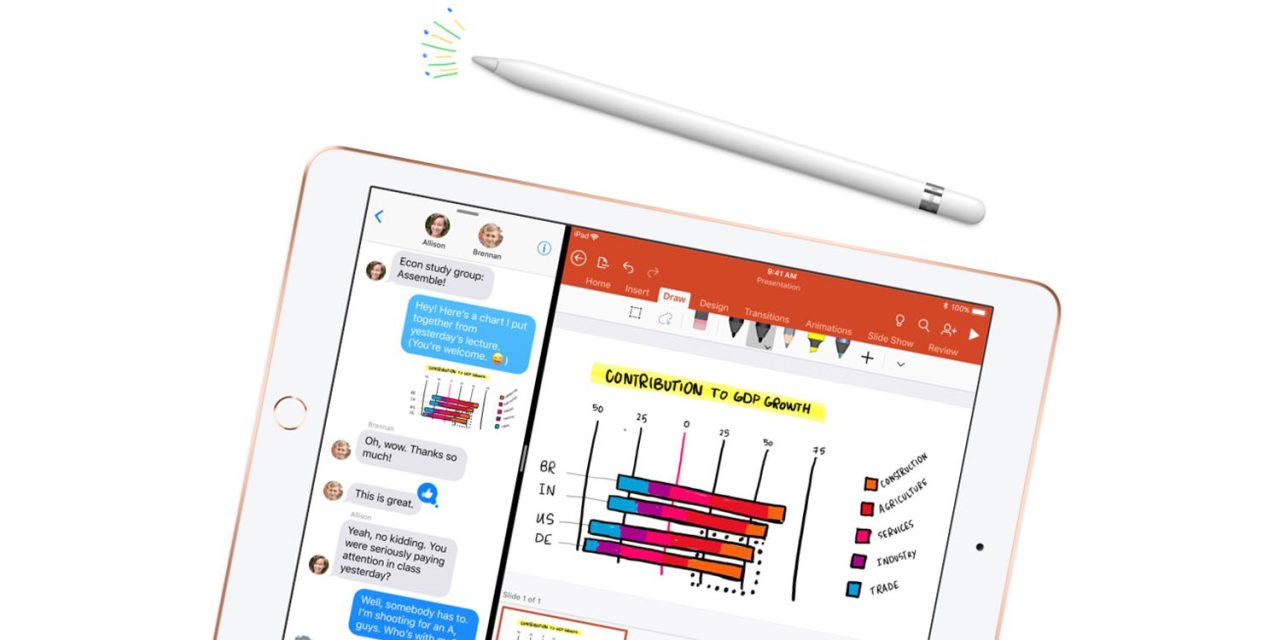 As expected, Apple’s new 2018 iPad, which was announced earlier this week, has arrived at retail locations. Both Apple retail stores and Best Buy locations are showing stock, allowing customers to walk in to a store and purchase a 6th-generation iPad today.

As noted in previous posts, this new iPad stands out as special, because it’s the first non-Pro iPad model to feature Apple Pencil support. With this in mind, if you don’t already own an Apple Pencil, you may want to consider picking one of those up as well.

Another notable enhancement is the upgrade from the Apple A9 processor, which was found in the previous year’s model, and the Apple A10. This results in a substantial performance improvement when comparing the two $329 tablets.

One more thing to consider is the new gold color available for the 2018 iPad, which is slightly tweaked from other gold colors that we’ve seen grace the iPad up to this point. It’s sort of like a cross between regular gold and rose gold.

We’ll be back with full hands-on impressions with the new iPad in a future post. In the meantime, tell us, do you plan on getting one?