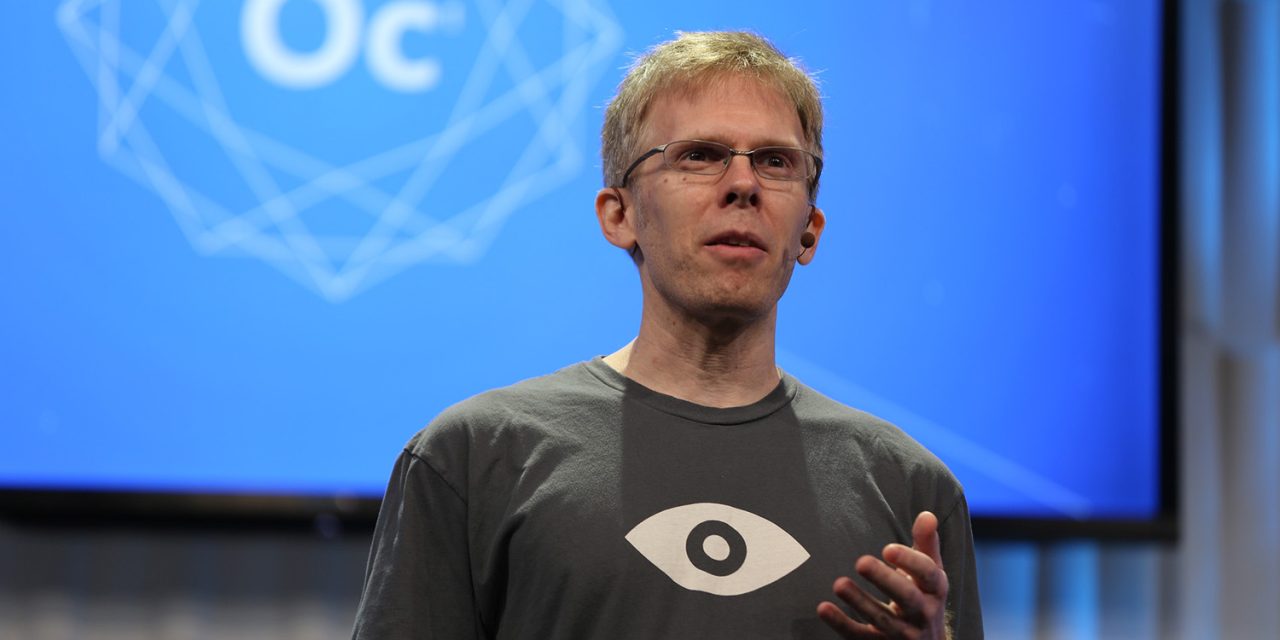 John Carmack – Oculus VR CTO and co-creator of the classic games Doom and Quake – wrote a Facebook post yesterday reminiscing about what it was like to work with Steve Jobs, including the time Steve asked him to postpone his wedding …

Carmack had appeared on stage with Steve for a number of keynote presentations, but writes that there was one he didn’t make.

One time, my wife, then fiancée, and I were meeting with Steve at Apple, and he wanted me to do a keynote that happened to be scheduled on the same day as our wedding. With a big smile and full of charm, he suggested that we postpone it. We declined, but he kept pressing. Eventually my wife countered with a suggestion that if he really wanted “her” John so much, he should loan John Lassiter to her media company for a day of consulting. Steve went from full charm to ice cold really damn quick. I didn’t do that keynote.

He was also one of the few people in the world to decline a phone call from Steve – albeit accidentally.

I was debriefing the team after the Rage launch when I got a call. I was busy, so I declined it. A few minutes later someone came in and said that Steve was going to call me. Oops.

Everyone had a chuckle about me “hanging up on Steve Jobs”

Carmack says that his appreciation for Apple started young. Wanting an Apple 2 computer was a ‘defining characteristic’ of his childhood, and his first major purchase as an adult was a NeXT workstation – using that to develop Doom.

We loved our NeXTs, and we wanted to launch Doom with an explicit “Developed on NeXT computers” logo during the startup process, but when we asked, the request was denied.

Some time after launch, when Doom had begun to make its cultural mark, we heard that Steve had changed his mind and would be happy to have NeXT branding on it, but that ship had sailed.

He says that one frustrating aspect of working with Steve was the Apple co-founder’s refusal to admit when he was wrong.

It was often frustrating, because he could talk, with complete confidence, about things he was just plain wrong about, like the price of memory for video cards and the amount of system bandwidth exploitable by the AltiVec extensions.

But the best aspect was Steve’s decisiveness.

When Steve did make up his mind, he was decisive about it. Dictates were made, companies were acquired, keynotes were scheduled, and the reality distortion field kicked in, making everything else that was previously considered into obviously terrible ideas.

The post shares some other experiences that are worth a read.