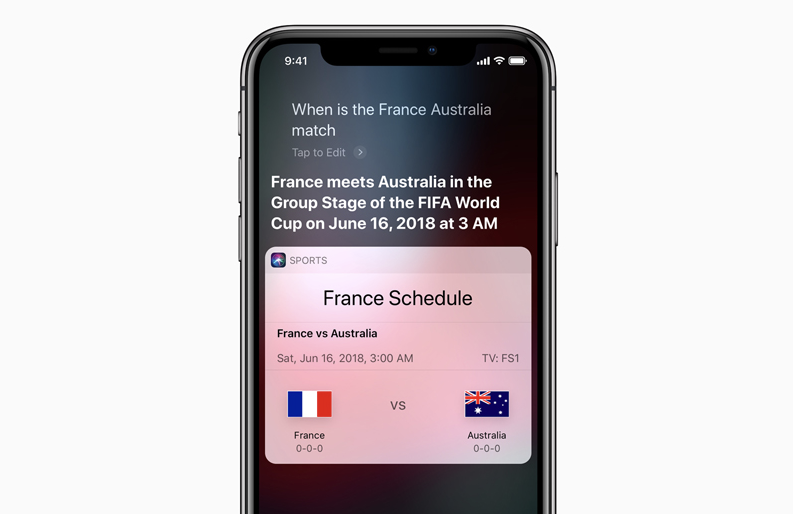 Siri has always been above average when it comes to talking about sports. Now, Apple is adding support for the 2018 FIFA World Cup in its virtual assistant.

Announced via a press release, Apple says that Siri will now be able to answer questions regarding the 2018 FIFA World Cup. Users can ask questions like When does France play Australia or Who is on the England squad?

In addition to Siri, Apple will also be expanding its knowledge to the App Store with curated stories from App Store editors.

And of course, you’ll be able to watch and monitor the series through the Apple TV app, available on iPhone, iPad and Apple TV.

In the US and Canada, where the Sports feature is available, Apple TV App users will be able to keep track of all the action on FOX NOW in the US; and TSN and RDS, Bell Media’s English and French-language apps in Canada. Fans can favorite teams and follow their matches in Up Next, and receive notifications on their Apple devices when their team is playing or a game is close.

Apple will also be curating news in Apple News, and will have a playlist available on Apple Music that will showcase the most exciting artists in the 32 participating nations. This type of curation will expand to Apple Podcasts and Apple Books with a collection called The Beautiful Game.

Lastly, Apple is updating its Clips app with new themed graphics including animated stickers, labels, and posters with customizable text.