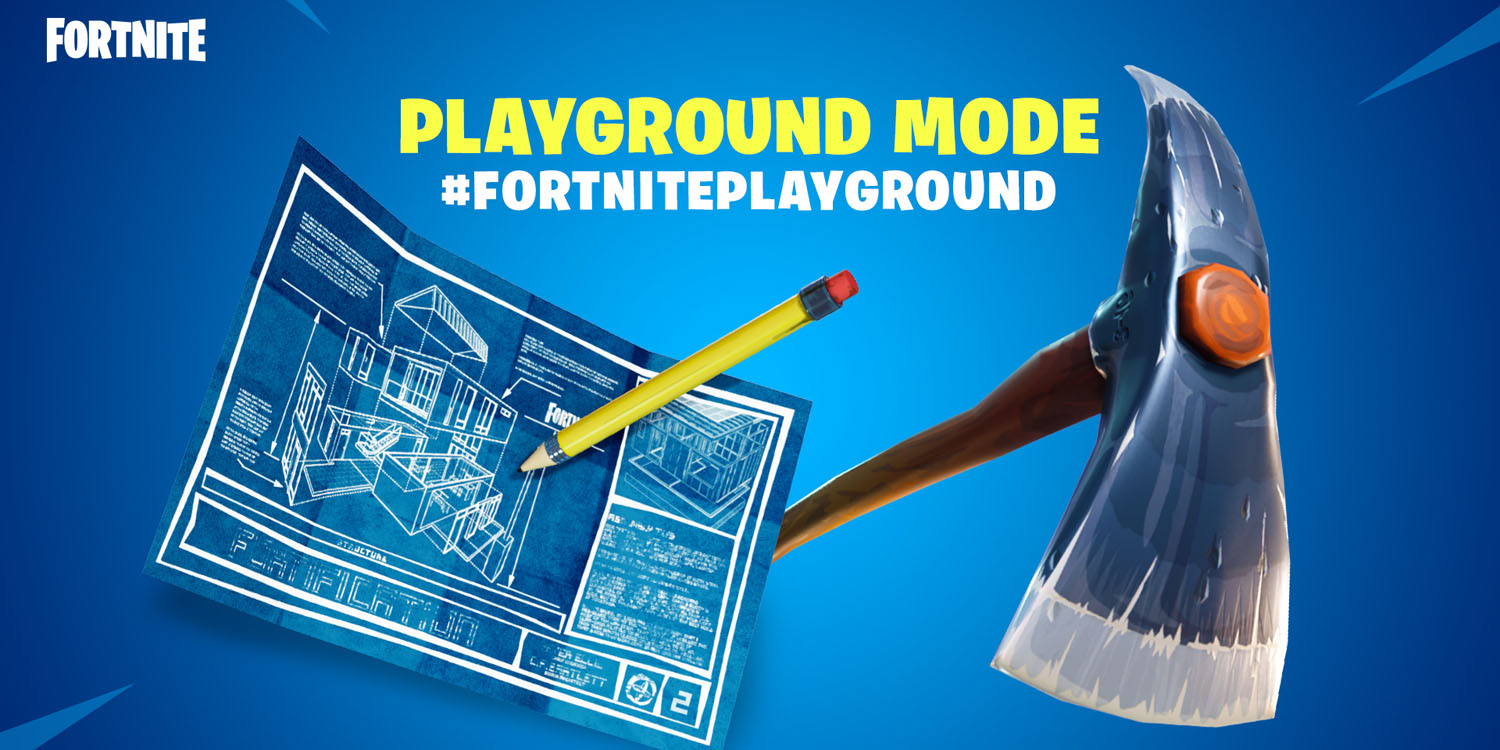 If you’ve been finding yourself killed in Fortnite before you have a chance to figure out how to play, Epic Games now has a solution.

The developer says you get an hour of infinite lives.

Playground is a low-pressure environment where friends can let their creativity run wild. Build massive structures. Practice with the weapons and items. Fight against your friends. Have fun!

You’ll have one hour to create, play and train as you wish. Drop into the Battle Royale map with a squad of friends for an hour.

Friendly Fire is on. Players respawn on death unless killed by the storm. The storm doesn’t start closing in for 55m, and takes 5 minutes to close in

Resources gathered grant 10x the normal rate. 100 Llamas will be spawned on the map. Chests & Ammo Boxes spawn 100% of the time

We’ve added a bunch of new items including Stink Bombs, Double Pistols, the Thermal Scope Assault Rifle, and more. Jump in and try all of the latest additions.

It’s easier than ever to meet up with your squad – map markers now appear in world.

Fortnite is a free download from the App Store, with in-app purchases.