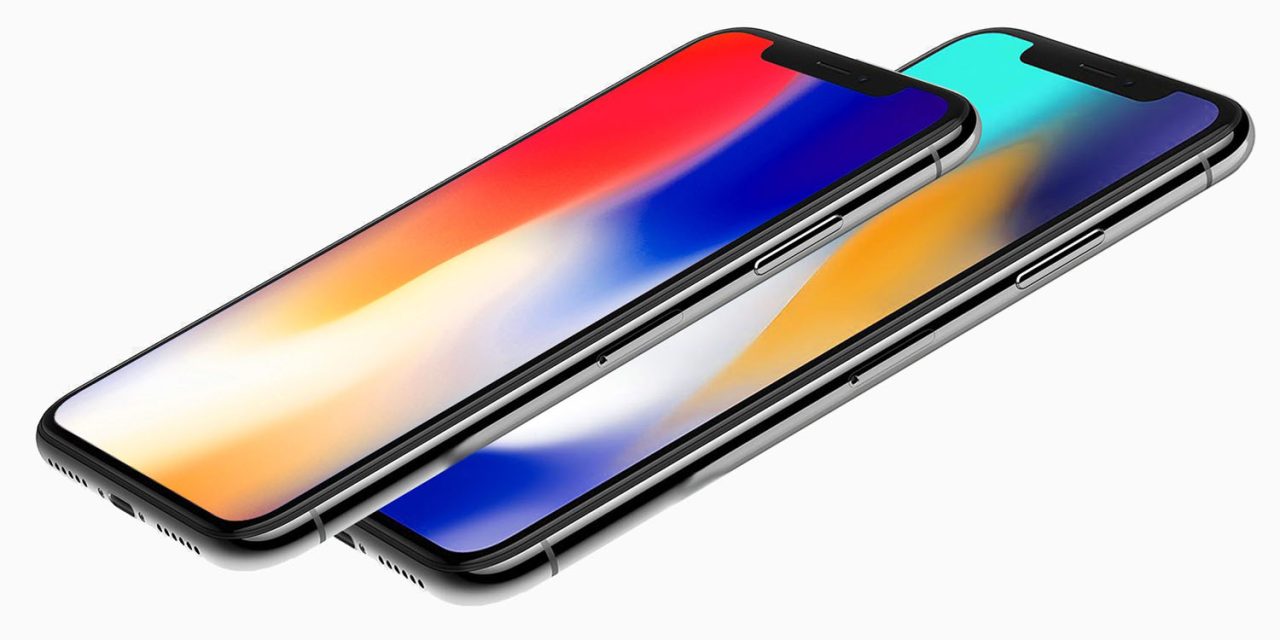 Popular benchmarking app Geekbench sometimes leaks data regarding unreleased Apple products, and this could be the case for the 2018 iPhones.

As reported by Consomac (via Venture Beat), at least one 2018 iPhone model will allegedly see very minor speed improvements over the iPhone X. Listed with a “iPhone 11,2” device code, with a D321AP motherboard, this could be an “iPhone 9” or possibly an “iPhone 11”, the report states.

The Geekbench results shows that the phone was tested last week, with an ARM processor that has similar characteristics to the A11 Bionic chip found in the 2017 iPhones. One interesting aspect is that the RAM has been increased from 2815MB (3GB) to 3748MB (4GB), and the L1 Instruction Cache and Data Cache jumped from 32KB to 128KB.

Comparing the single-core scores between both devices, we’re looking at a marginal 10 percent speed boost from the iPhone X in that regard, with the multi-core score being around 5 percent better.

However, Geekbench scores should be taking with a grain of salt, especially those claiming to be unreleased products. Especially Apple devices, that dynamically switch between high-performance cores and low-power cores to save battery.

The “iPhone 11,2” device identifier could potentially be the lower-end LCD iPhone this year, as well. This model could theoretically use a modified A11 Bionic chip, rather than a next-generation A12 chip.

With Apple building its A-series processors in-house, it can dictate what to focus on when making improvements on the next-gen. The Geekbench score could signal that Apple is focusing on better battery life, rather than performance, which is plausible. 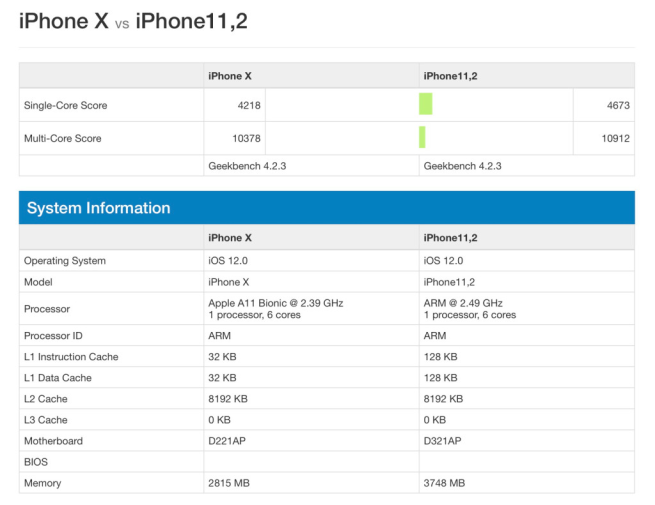 Check out the latest news on this year’s iPhones: