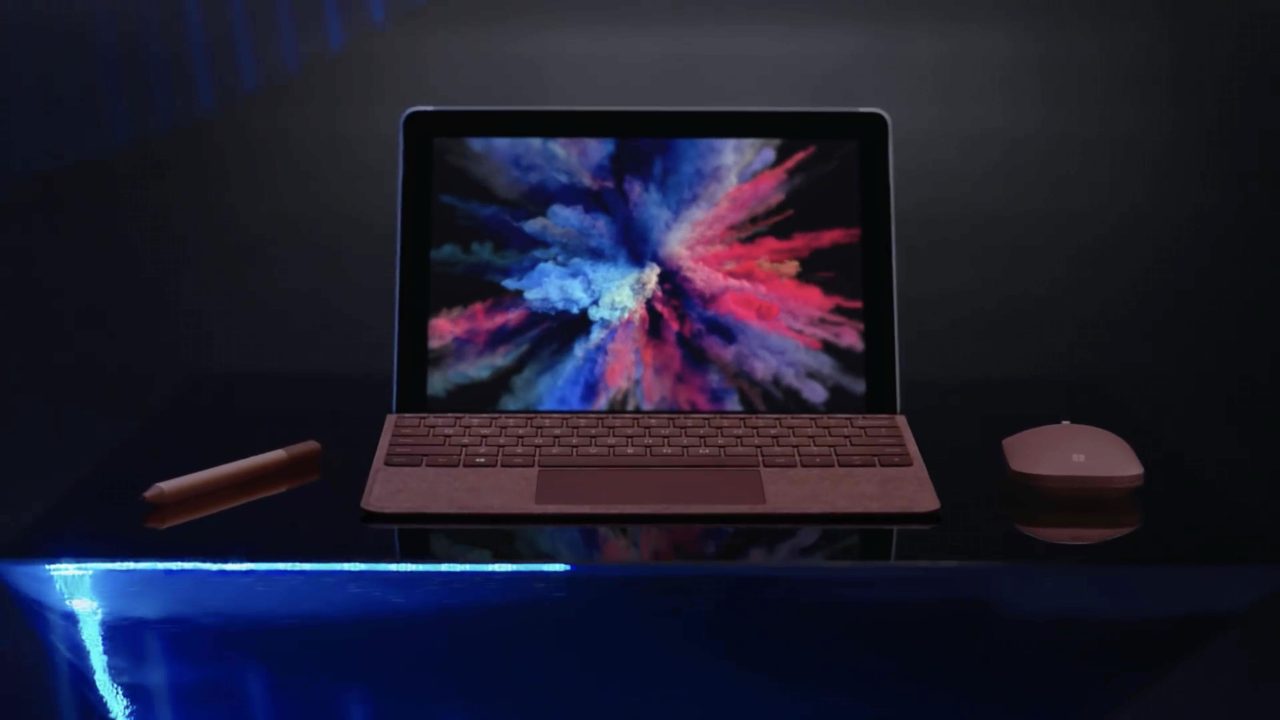 Today Microsoft officially took the wraps off the next product in its Surface lineup, a budget-minded tablet called Surface Go. The Surface Go is a 10-inch tablet that starts at a pocket-friendly $399, but you’ll need to pony up more cash for more storage and memory.

Lighter and smaller than the Surface Pro, the Surface Go features dimensions of 9.6-by-6.9-by-0.3 inches and weighs just 1.2 pounds. The 10-inch 3:2 1800-by-1200 PixelSense Display dominates the front side of the device, but substantial bezels remain on each side of the display.

The base $399 model ships with 64GB of eMMC flash storage and 4GB of RAM, but users can opt for a $549 model that includes 128GB of SSD storage and 8GB of RAM. Each of these models come in Wi-Fi-only network configurations.

LTE models and 256GB versions of the Surface Go are slated to go on sale sometime after the August 2 launch of the tablet.

One notable aspect that differentiates this Surface tablet compared to previous models is the presence of USB-C. The Surface Go is the first Surface tablet with a USB-C 3.1 port built in, the universal connector seen on the MacBook and MacBook Pro. 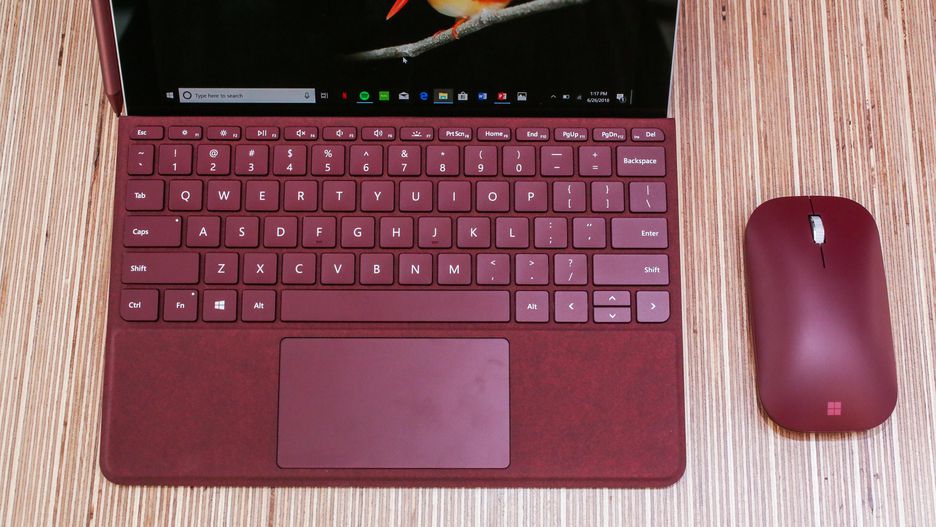 Like on the MacBook, the USB port performs double duty, both charging the device and facilitating I/O data transfers. Microsoft’s proprietary Surface Connector is still there is well, which allows users to connect to a desktop dock, along with charging the tablet. 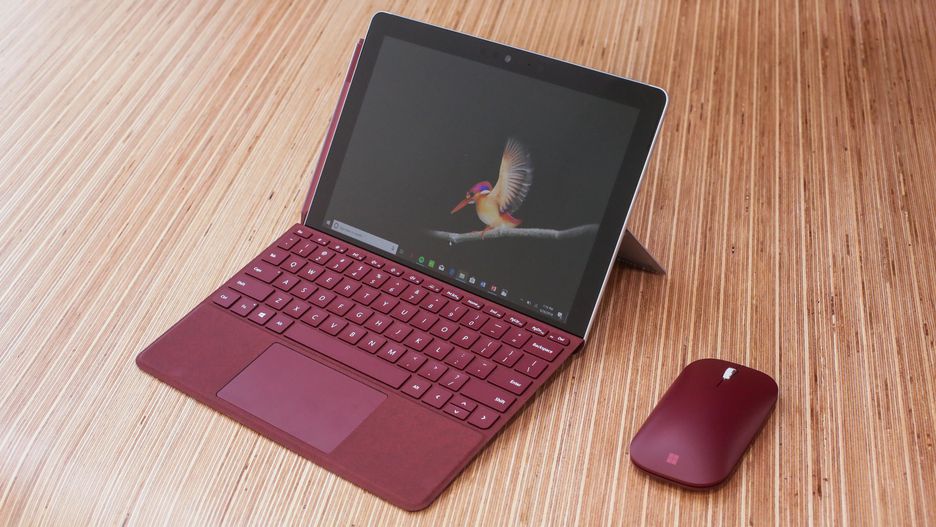 Here’s a look at the Surface Go’s specs:

One of the most attractive things about the Surface line of tablets is its keyboard cover attachment. When used with the Surface Go’s built-in kickstand, it provides a reliable laptop-esque typing setup. Microsoft will sell a standard black Type Cover for $99, but heavy typists who desire so-called “laptop-class typing” will want Microsoft’s top of the line Signature Type Cover ($129). This Alcantara-lined cover is available in multiple colors and provides 1mm of actual key travel for typists. 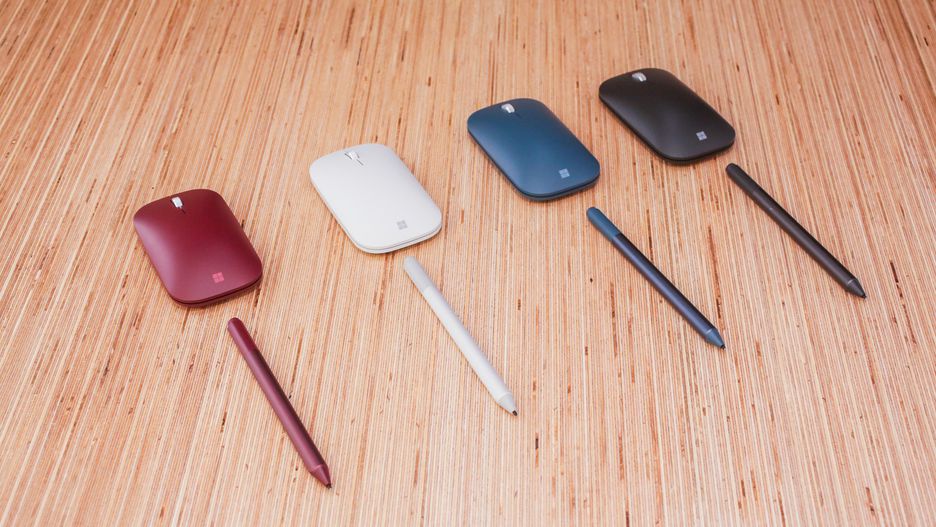 Unlike the iPad, the Surface keyboard attachment features a built-in trackpad that allows it to work just like a laptop. Users can also purchase an optional Surface Pen ($99) for easy markup capability.

If you’re not keen on trackpads, Microsoft is producing a two-button Surface Mobile Mouse ($35) that connects via Bluetooth and features a scroll wheel. It, too, is available in multiple colors to match the other Surface Go accessories. 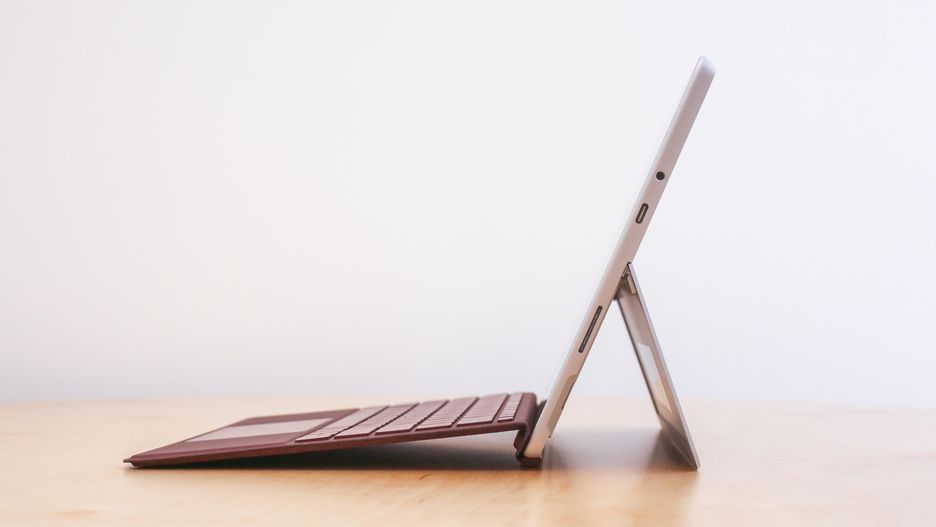 The signature adjustable kickstand is ready for action

Cheaper than other Surface tablets, but still a bit more expensive than Apple’s entry-level $329 iPad, the Surface Go is an interesting device. It’s definitely more capable than an iPad from a traditional desktop perspective, but Windows 10 still pales in comparison to iOS from a tablet point of view, and who’s to say how that dual core 1.6GHz Intel Pentium with 4.5W TDP will hold up under pressure?

What do you think about the Surface Go? We’re looking forward to going hands-on with it to see how it stacks up against Apple’s entry-level iPad.