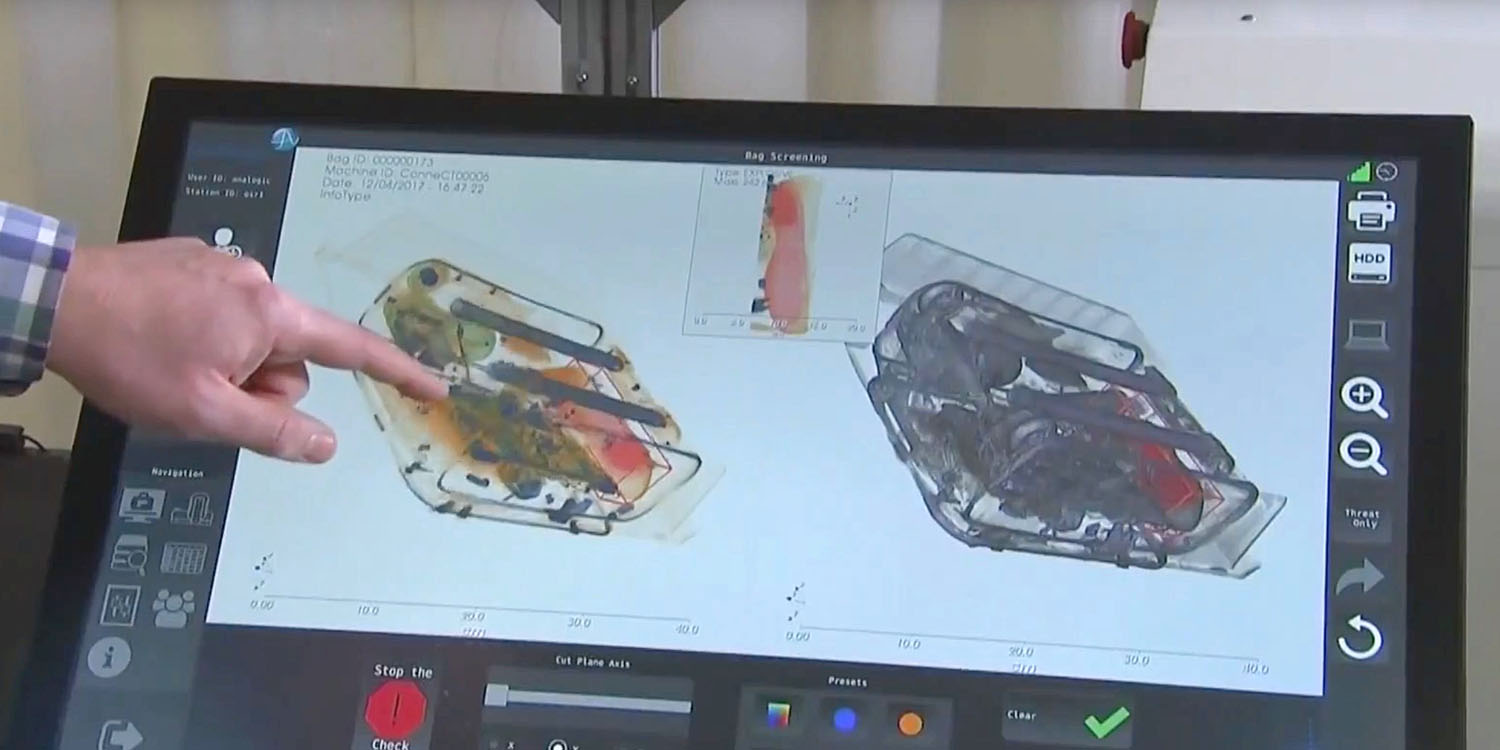 Going through Security is one of the more tedious aspects of air travel, especially given the need to remove laptops, iPads and liquids from bags, which makes the process even slower …

But that could be set to change. Both New York’s JFK airport and London’s Heathrow are testing a new type of 3D scanner that could allow everything to remain inside the bag.

Current scanners are two-dimensional, so if you get an iPad on top of a laptop on top of a toiletries bag, it can be hard for the operator to make sense of the image. But the new scanner allow operators to tilt and rotate the image on a touchscreen, making it far easier to see the contents.

However, Gizmodo warns that we shouldn’t expect the change to be made anytime soon.

“In the future, CT could offer the opportunity for passengers to leave liquids, gels and aerosols, as well as laptops, in their carry-on bags at all times,” American Airlines said in its announcement. A TSA administrator offered a more concrete timeline to CBS News, sort of: “We think in perhaps five years or so, the passengers won’t have to take anything out of their carry-on bags.”

Airport security has often been described as ‘security theater,’ with most threats being identified by intelligence reports and physical searches of passengers categorized as higher risk, while tests have shown that weapons have a better-than-even chance of going undetected. Whether this will change when 3D scanners come into widespread operation remains to be seen.