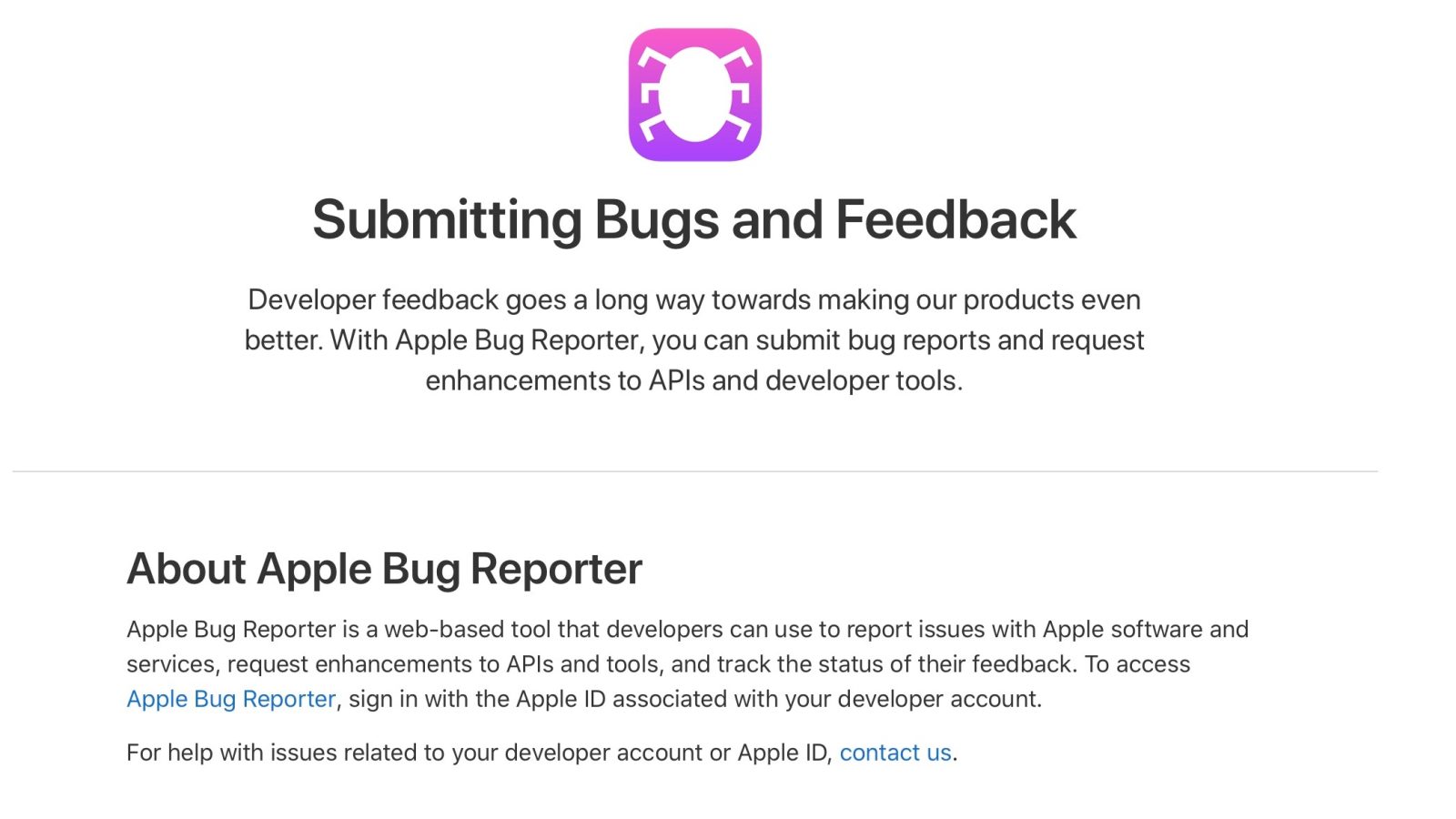 Apple is sending out emails to developers today informing them of changes coming to bug reporting. The company says the changes come as part of its “commitment to privacy” and will start rolling out later this fall.

In the email, first shared by developer Daniel Farrelly, Apple explains that it will be removing all developer data from inactive bugs. Inactive bugs consist of bugs that have been closed for at least five years, have not been updated for 60 days, and are not a duplicates of another bug. That data includes sysdiagnoses and related attachments, and any reference to the bug originator.

Further, Apple says if a bug is marked as a duplicate, developer data will be removed when the original bug has been closed for five years and has gone 60 days without an update.

Here is the full text of the email:

As part of our commitment to privacy, we’ll soon be removing developer data from certain bug reports starting late fall of 2018.

Data will be removed from inactive bugs.

Bugs that have been closed for at least five years, have not been updated for 60 days, and are not a duplicate of another bug will have developer data removed. Developer-originated sysdiagnoses and related attachments will be deleted, and any reference to the bug originator will be redacted. In addition, these bugs will no longer display in Bug Reporter.

Duplicate bugs will remain available for a limited time.

If a bug is marked as a duplicate, developer data will be removed once the original bug has been closed for five years and has not been updated for 60 days. Until then, you can continue to follow the state of the original bug until it’s closed, and engineering can still reach out to you until the bug is resolved.

In this instance, bug reporting refers to developers submitting feedback directly to Apple through Apple Bug Reporter. This allows developers to submit problems they experience and request enhancements to APIs and developer tools.

More details are available on the Apple Bug Reporting website.