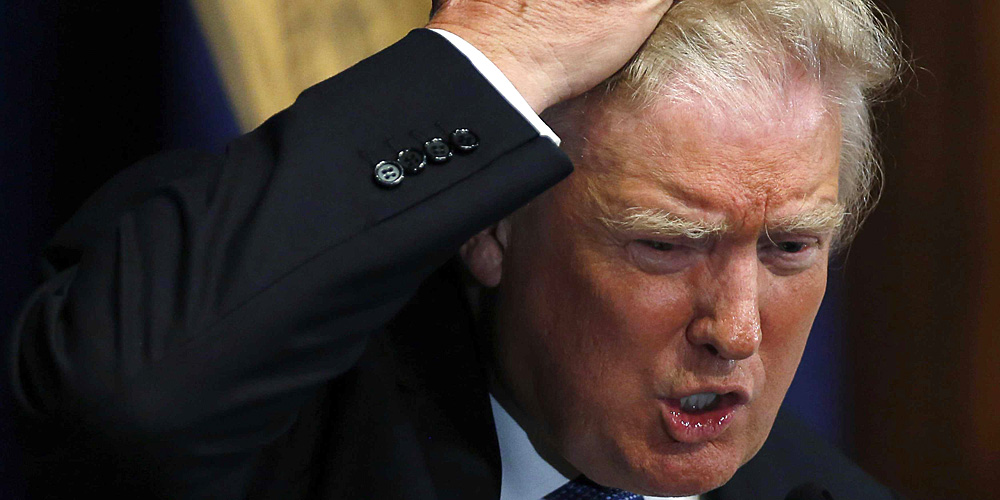 President Trump is not a big computer user, instead relying on a pair of iPhones for his technological needs. A new report today, however, suggests he’s become quite reliant on an iPad recently – or as he calls it, “the flat one.”

Amid his many (inaccurate) tweets slamming Google for rigging search results against him, the question arose: has Trump actually used Google himself? While reports have indicated that Trump uses two iPhones, one is said to be a solely for Twitter access, while the other for calling.

As noted first noted by Business Insider, ABC News White House correspondent Tara Palmeri responded to questions about Trump’s Google usage by saying he “sometimes” uses an iPad to read things. Trump, however, seemingly doesn’t know what to call the iPad he uses, and instead refers to it as “the flat one.”

Why Trump refers to the iPad as “the flat one” is anyone’s guess, but the notion that he reads on the device is perhaps more surprising as previous reports had indicated he had aides print online articles for him to read.

Despite calling for a boycott of the company during the campaign, President Trump has become a big Apple fan since taking office. He’s praised Apple’s investments in the United States, and just recently had dinner with CEO Tim Cook.

sometimes Trump reads things on a iPad that he calls "the flat one" https://t.co/ZnbWRRSXY4