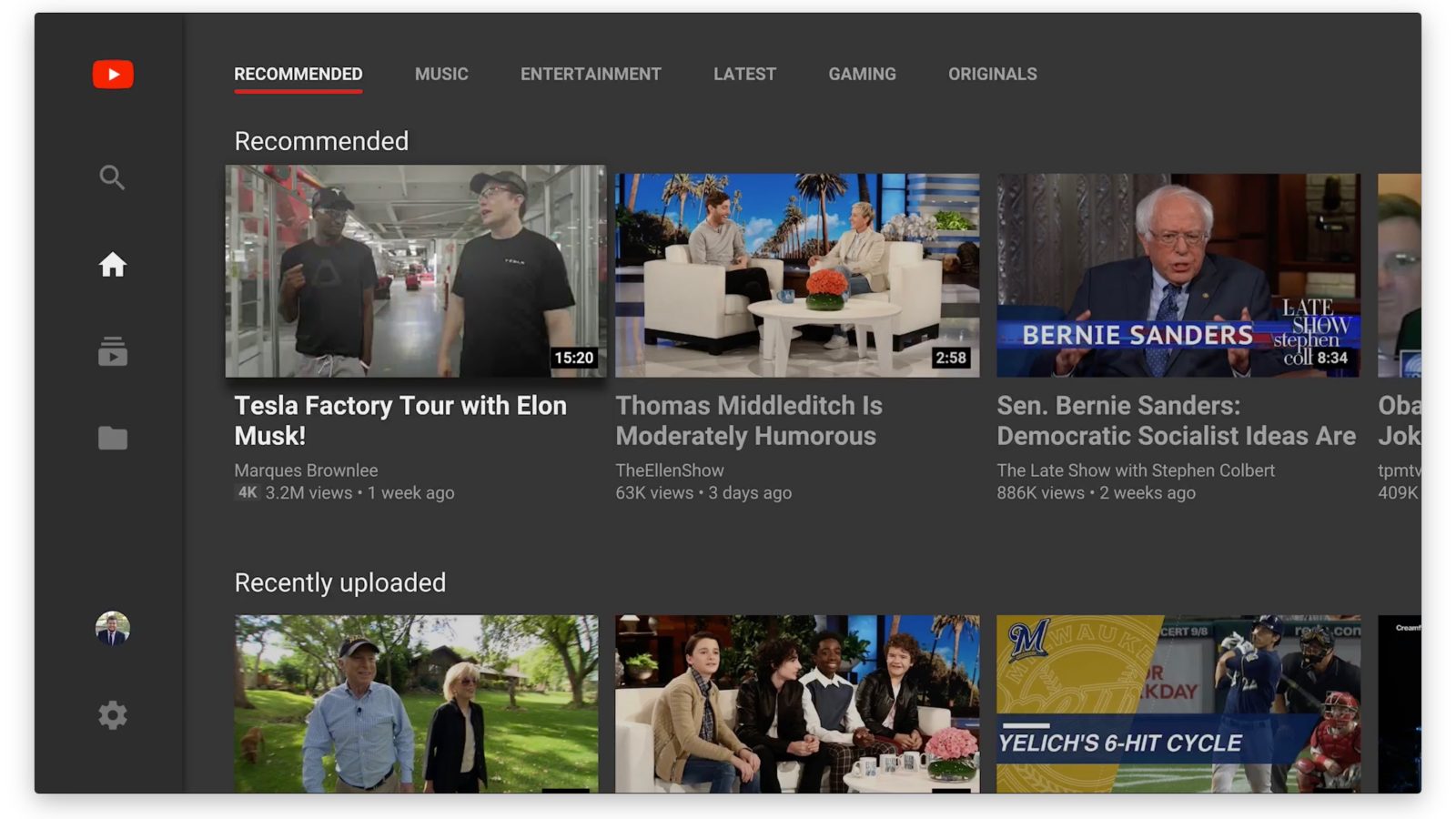 The controversial YouTube app for tvOS has been updated this evening with some notable performance improvements. The update greatly improves navigation throughout the app, and includes interface tweaks and improvements to scrolling.

With today’s update, scrolling throughout the YouTube app for tvOS is far easier and smoother. In the past, scrolling was similar to that of a D-PAD, but now you can easily scroll through various rows and tiles like in other tvOS applications.

Other improvements to the app include small interface changes to the homepage, as well as easier and more accurate scrubbing through videos.

The YouTube app for Apple TV was originally updated back in February with a new cross-platform design. Unfortunately, the interface was not tailored to the Apple TV, with YouTube instead focusing on having a unified interface across its various platforms. This means the interface wasn’t optimized for the Siri Remote and other unique Apple TV capacities.

The YouTube app for tvOS has been criticized regularly since that update. While today’s release doesn’t solve all of the app’s issues, it does make strides in the right direction.

To ensure you’re up to date, head to the App Store on your Apple TV and search for the YouTube app. If there’s an update available, you should see an update option.

Notice any other changes throughout the YouTube app on Apple TV? Let us know down in the comments!