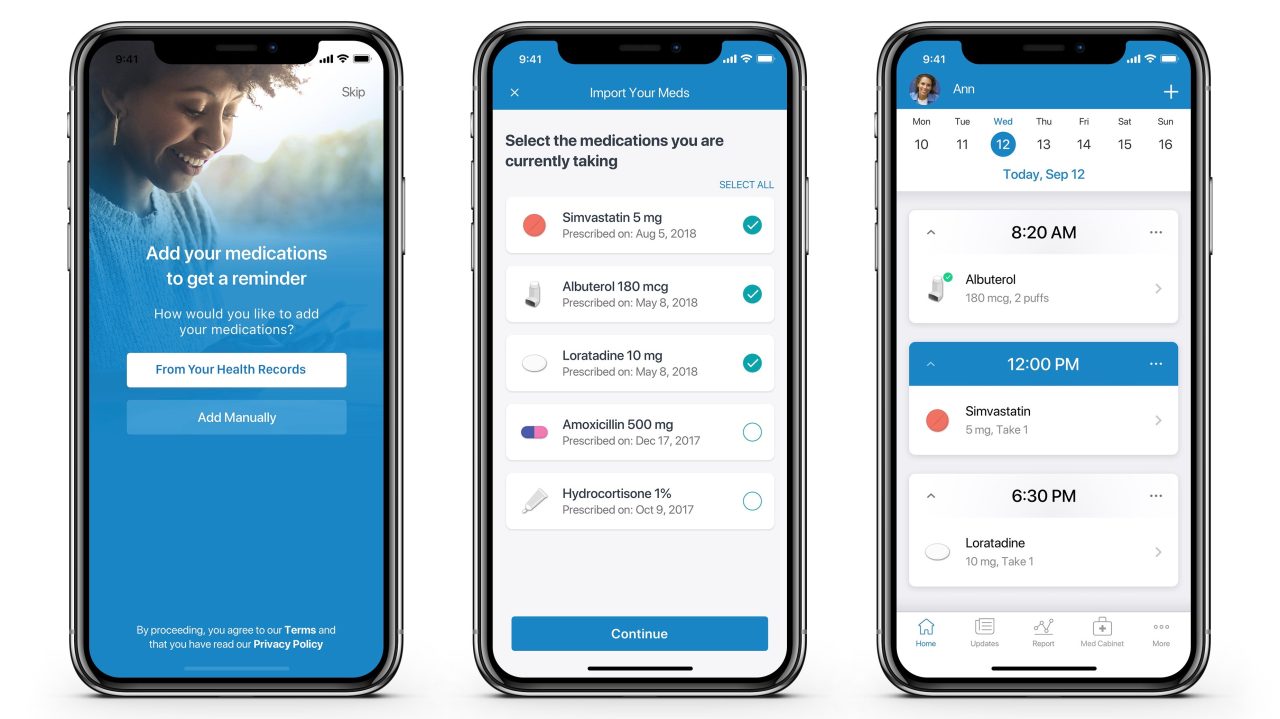 Medisafe, a popular medication management platform and iOS app, announced this week that it now supports Health Records on iPhone. This allows users to easily track their medication list without manual entry, all from the Medisafe application.

Medisafe was announced as an early adopter of Apple’s new Health Records API back in June, and now the feature is rolling out to users publicly. Integration with Health Records means Medisafe can see a patient’s prescription and medicine history from participating hospitals and doctors, allowing it to track potentially deadly combinations of medications:

Medisafe, a medication management app, will connect with the Health Records feature so consumers can easily import their prescription list without manual entry, quickly enabling pill reminders and allowing the user to receive relevant medication information.

Medisafe will be able to warn patients of problematic drug-drug interactions because they have the comprehensive view of the patient’s exact medication list from several hospitals and clinics.

Apple’s Health Records feature has been gaining swift adoption among many in the medical industry. Back in August, we reported that the platform was supported by nearly 80 health systems.

Do you use Health Records through your hospital or doctor? Let us know down in the comments. Medisafe’s full press release is below:

Medisafe is the world’s leading consumer medication management platform, with almost 5 million users in more than 150 countries. Now with Health Records people registered with a growing list of healthcare providers can quickly and securely add all their medications on Medisafe at once, without having to type in individual medication names or doses.

“As the only Health Records app featured in Apple’s launch to developers last June, Medisafe has used the Health Records API to bring consumers a private, easy-to-use solution that both helps them stay on track with their meds and safeguards them against harmful drug interactions,” said Medisafe co-founder and CEO Omri Shor.

Along with helping people stay on track with their meds and health measurements, Medisafe also notifies them instantly when there is a potentially dangerous drug-to-drug interaction (DDI), which is especially common when a newly prescribed drug interacts with one they are already taking.

It’s potentially life-saving, as close to 40 percent of the U.S. population has prescriptions for four or more medications, according to the FDA.1 In fact, the NIH estimates DDIs cause nearly 74,000 emergency room visits and 195,000 hospitalizations each year in the United States.2

Medisafe already has alerted people using the app to over 93,000 DDIs, of which over 46,300 (50%) were major or severe, or potentially life-threatening, possibly saving Mike’s life.

For example, Nancy Kauffman, who has been using the Medisafe app on her iPhone® to help her keep on top of her meds for the past two years, explains how Medisafe recently helped her avoid a DDI: “I’m taking strong prescription painkillers for a severe back problem,” she said. “I went to the dentist and he prescribed antibiotics. When I inserted them into my Medisafe app I got an immediate warning of a harmful interaction. I alerted my dentist and he changed my meds right away. I’m thankful to Medisafe for protecting me from a possibly dangerous situation.”

With Health Records, Medisafe can surface medications from multiple providers, and people will have even more access to their medication records and knowledge of potential DDIs.

“We are empowering people to control and manage more of their health information. Putting people’s health into their own hands is our vision at Medisafe, and supporting Health Records is an important step in empowering patients, and creating a major shift in the healthcare arena, that has been long-coming,” Shor said.