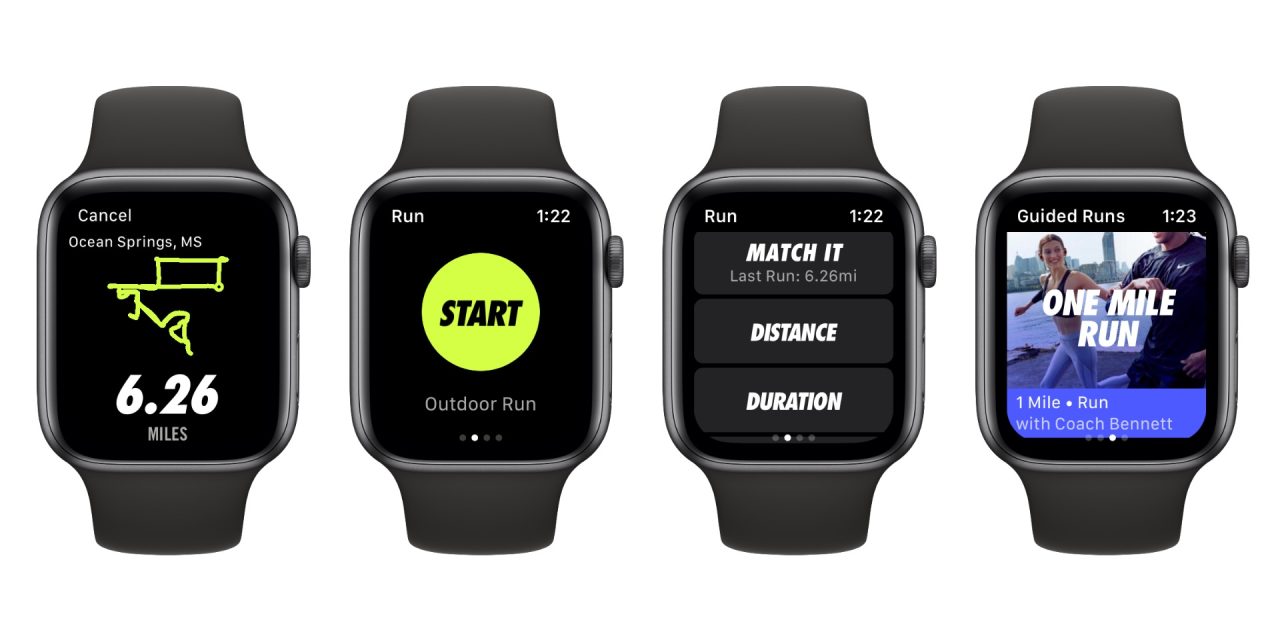 Nike+ Run Club for Apple Watch has been updated to fill the larger 40mm and 44mm displays on the new Series 4 models — 10 days after the Series 4 version of the Apple Watch Nike+ hit stores.

Prior to the latest update, Nike+ Run Club simply ran as a smaller version just like on the 38mm and 42mm Apple Watch Series 3 and earlier. Series 4 optimization is especially appreciated on Apple Watch Nike+ which includes special Nike watch faces with fixed complications for launching the NRC app.

The updated version is available for all watches and fills the new larger screens on the Apple Watch Series 4, making information a bit more glanceable while running. Nike+ Run Club still needs additional updates for Apple Watch Series 4 like new complications that work on the Infograph and Infograph Modular watch faces, but support for the new screen sizes is a good place to start.

Apple Watch users can update to the latest version of Nike+ Run Club for iPhone to access the updated watchOS version. The update also includes a new tab on iPhone for discovering gear including shoes and other sportswear for running.