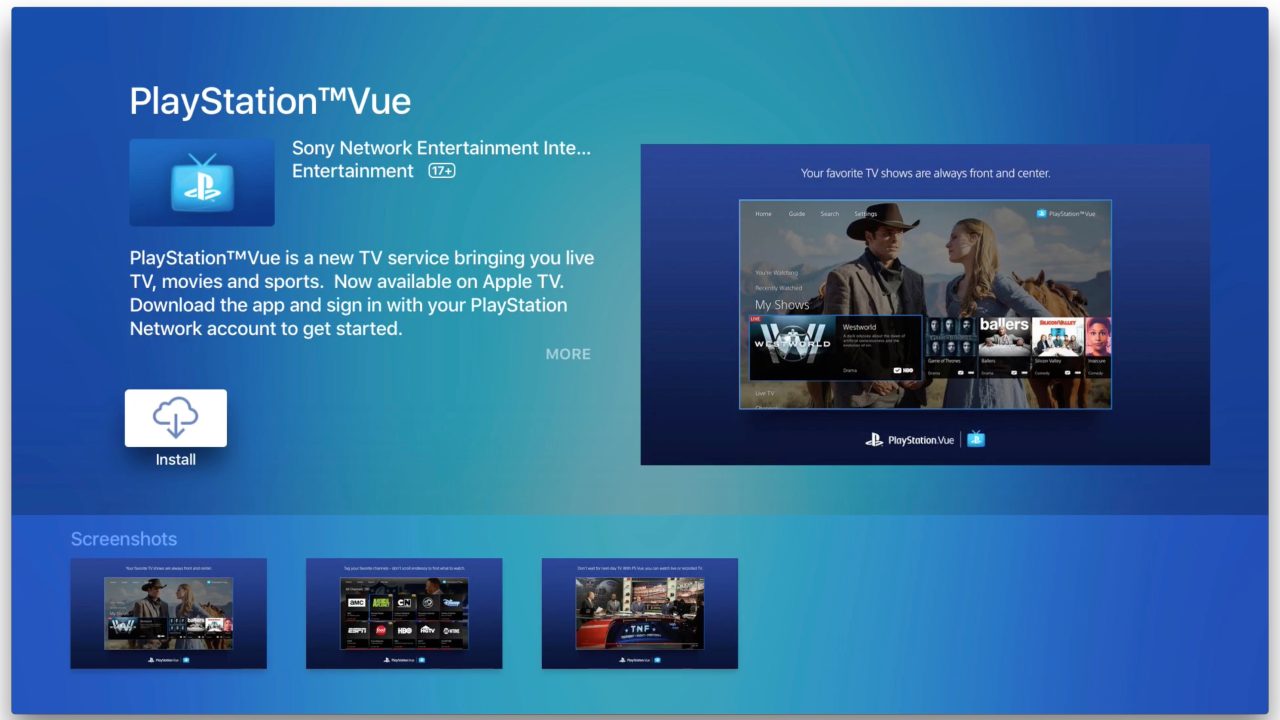 Sony this week as updated its PlayStation Vue app for Apple TV with support for integration with the TV app. With this integration, users can now see and keep track of Playstation Vue content directly through the TV app on iOS and tvOS.

There are several benefits to integration with the TV app on iOS and tvOS. For one, it makes new content easier to track for subscribers. With this integration, PlayStation Vue subscribers can now track on-demand movies and TV shows through the TV app, much like apps such as Hulu have long offered.

Additionally, the app supports live sports. This means upcoming games will now appear in the TV app’s “Up Next” window, allowing users to jump directly into them.

Much like with other applications that integrate with the TV app, any PlayStation Vue content that you choose though the TV application will take you directly through the Vue application itself (via Engadget).

Other streaming TV applications have been somewhat hesitant to add support for the TV app on iOS and tvOS. For instance, DirecTV Now does not integrate with Apple’s app, meaning users are forced to use the standalone application for all of their media consumption.

Apple is expected to overhaul its TV application with support for subscriptions next year. This would mean you could subscribe to services such as HBO directly through the TV app. Further, Apple is said to start rolling out its own original content next month.   Are you a PlayStation Vue subscriber? How do you like integration with the TV app? Let us know down in the comments.