Apple now sells a USB-C charger for the Apple Watch 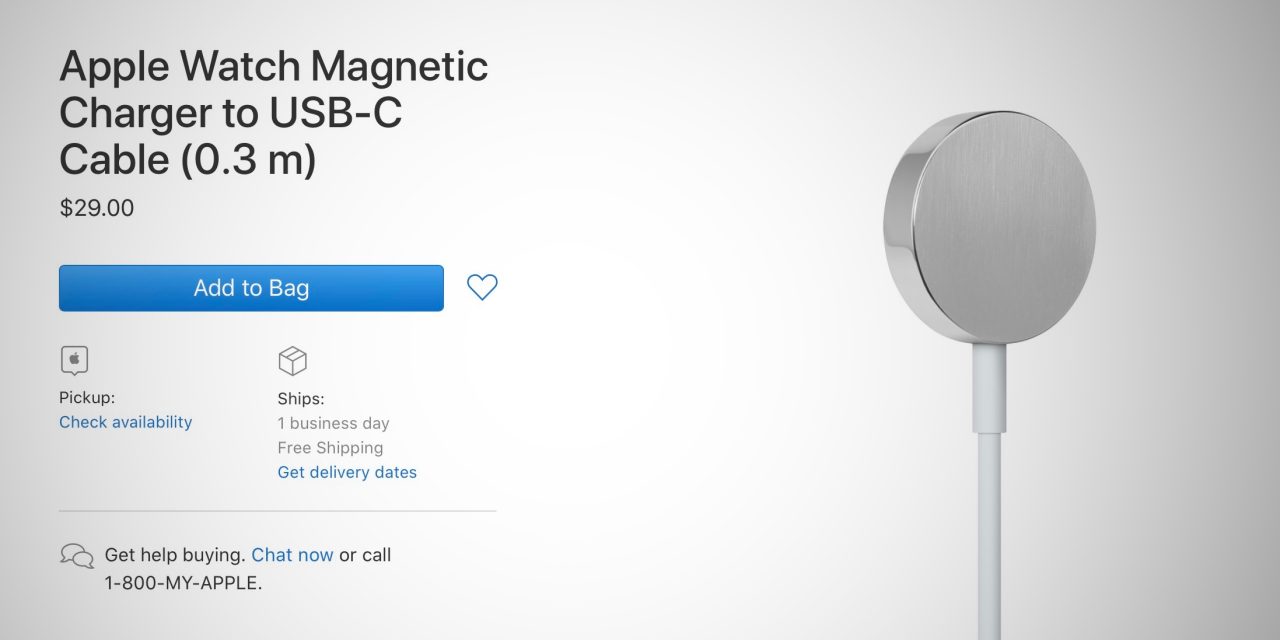 Alongside the iPhone XR debut, Apple has quietly added a new USB-C charger for the Apple Watch. The magnetic charger is identical to the existing Apple Watch charger, except you can plug it into a USB-C port rather than USB-A …

The new Watch charger costs $29 and comes with a 0.3 meter cable. Like all Apple Watch cables to date, it features a magnetic inductive charger which snaps on to the back crystal of the watch.

Apple has offered USB-C to Lightning cables for a while, but the Watch has always been an outlier. If you want to shell out $30, you can now carry around just a USB-C wall charger to connect your phone or your watch.

The charging speed of the Watch over USB-C or USB-A should be identical, as it is ultimately being throttled by the speed of the inductive connection.

At this point, the port situation is still messy for Apple customers. Apple’s laptops have all adopted USB-C — with the exception of the MacBook Air — but the company still bundles USB-A to Lightning chargers with its iPhones and iPads. It’s a bit of a mess. The new iPad Pros are expected to adopt USB-C on the connector itself, mirroring the Macs.