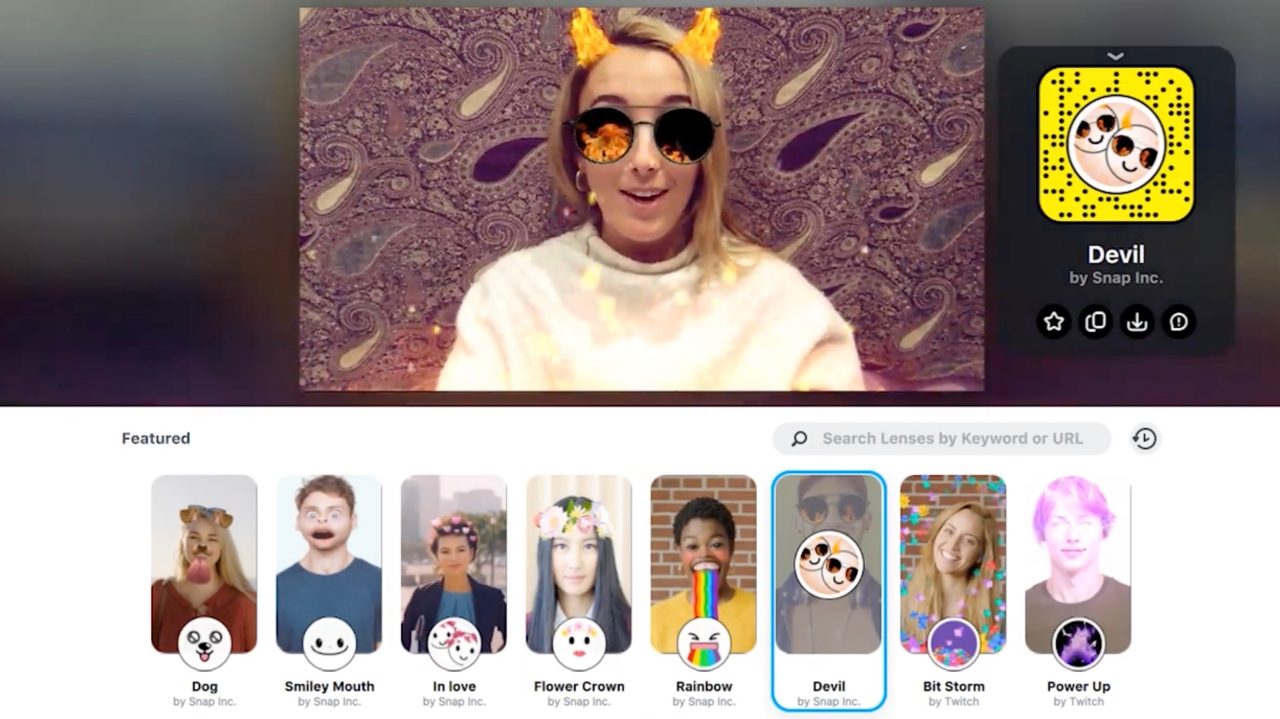 Snapchat has launched its latest software for desktops today, Snap Camera. Focused on bringing its popular Snapchat Lenses to Mac and PC, Snap Camera allows them to be used with a variety of platforms like Skype, Twitch, Google Hangouts, and more.

Announced in a press release today (via The Verge), Snap Camera lets users access 250,000 AR lenses including the company’s classics as well as those made by the Lens Creator community via Lens Studio.

The free Snap Camera app is available now for both Mac and PC. Here’s how it works:

To get started, download the Snap Camera app on your desktop device. Snap Camera syncs with the camera connected to your computer and works with some of your favorite video-sharing platforms and apps. This means wearing Lenses while recording your next Youtube video, or even while streaming with apps like Skype, Google Hangouts, and OBS. We’ve also developed a custom Snap Camera integration just for streaming on Twitch.

Interesting enough Snap Camera isn’t designed with its own interface like Apple’s Photo Booth, but rather is designed as more of a plug-in.

As noted by TechCrunch, Snap Camera won’t work with FaceTime, even though Snap wanted to.

One major app that won’t support Snap Camera is Apple’s FaceTime. Why? “I don’t know. Apple didn’t comment on that. Believe me we tried” says Pilipski.

It likely comes down to security and privacy issues. Check out the video below for more on Snap Camera.

In related news, Snapchat posted its Q3 earnings yesterday and it did beat revenue estimates. However, it lost another two million daily active users compared to Q2.