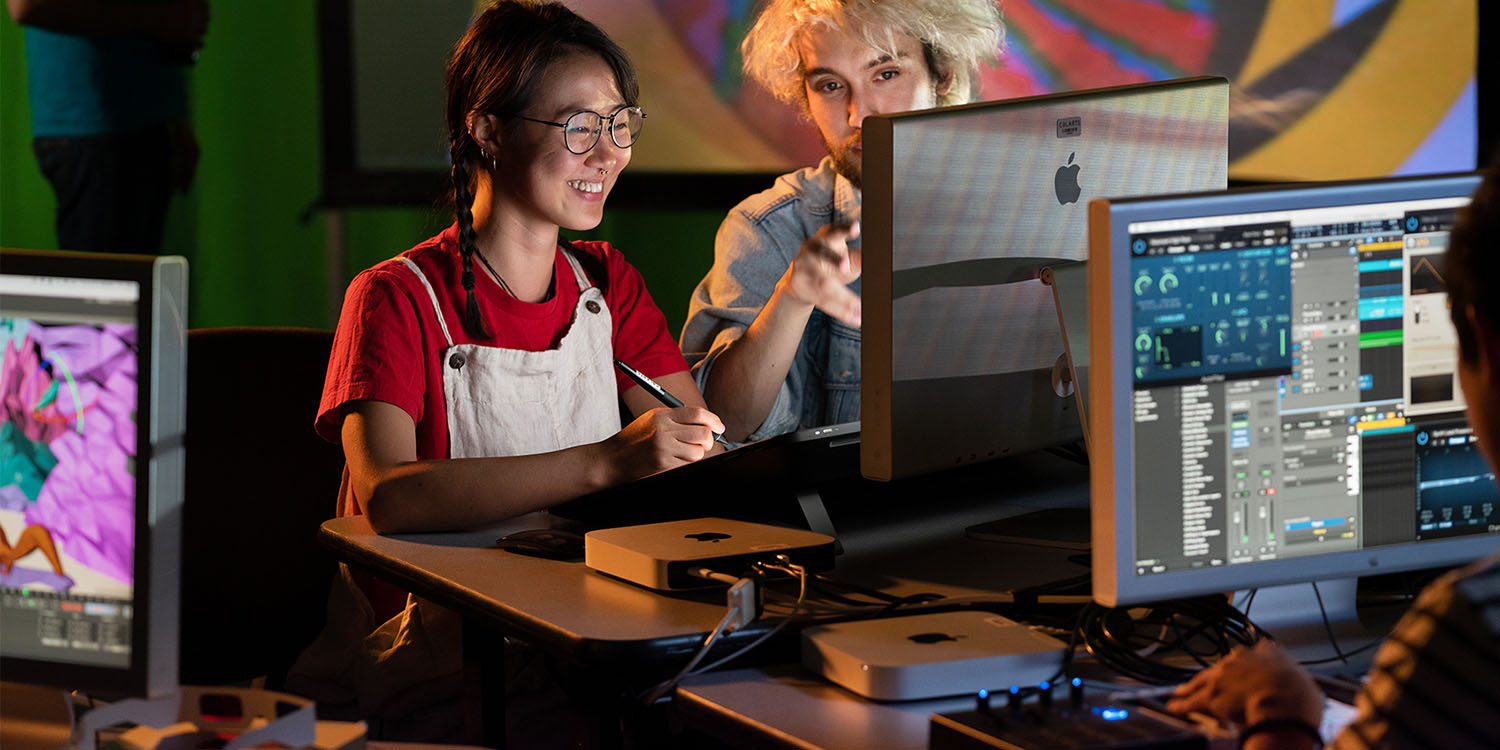 He starts by pointing to the lack of any real innovation here – and he’s right.

The new model might come in space gray now, but it’s a small consolation to those of us who were waiting for Apple to truly rethink and reimagine its tiniest Mac. Just like it has been for the past eight years, the Mac mini is 7.7 inches square and 1.4 inches thin. The placement of the ports have shifted and the rear vent is slightly bigger, but for the most part, the new Mac mini is merely a darker version of the old Mac mini. What the heck took so long?

He acknowledges that the specs are now pretty impressive – at least, if you’re willing to spend the cash on upgrades.

Compared to the prior generation, the new Mac mini is a veritable powerhouse packed in the same diminutive square.

The Mac mini is kind of in no-man’s land, too expensive to be a budget Mac and too underpowered on its own to be a real pro machine […] But without discreet graphics it still stops short of what most pros need. Where’s the 8-core option? Radeon or even Iris Plus graphics?

I absolutely agree with his points. The new Mac mini isn’t innovative. It’s expensive. And the specs do stop short of a true pro spec.

But Simon goes on to say this is why he worries about the upcoming Mac Pro.

Who’s to say the new Mac Pro won’t be just as disappointing? I have no doubt that it’ll be loaded with the latest Xeon processors, gobs of RAM, and loads of storage, but will it deliver the innovation and ease of use that professionals really want? […]

The specs are almost secondary to the Mac Pro update—it needs to deliver a completely new experience to make pro users happy. What if Apple merely tweaks the case and adds a few Thunderbolt 3 ports?

But, to me, that’s exactly what Apple can’t do, now that it has turned the Mac mini into a semi-pro machine. The company had already ramped-up expectations earlier in the year by saying it wouldn’t be ready until 2019, and that’s because it wanted to make the machine truly serve the needs of pro users.

We’ve brought in some pretty incredible talent, really masters of their craft. And so they’re now sitting and building out workflows internally with real content and really looking for what are the bottlenecks. What are the pain points. How can we improve things.

By turning what was a budget home machine into a much more powerful one, that further raises the stakes for the new Mac Pro.

Until this week, Apple could have gotten away with a somewhat half-hearted implementation of the new Mac Pro. Previously, it needed to tick only three boxes.

First, be truly modular, allowing pros to do their own upgrades and swap out failed components to be instantly back up-and-running.

Second, offer the option of top-spec components, whether through Apple or from third-parties.

Third, be backed by a really great Apple display. There are basically no great 4K or 5K monitors out there right now, and pros need options that hit all the tech specs while also providing the aesthetics we expect from Apple.

That would have been enough. Pros might have grumbled at the lack of innovation, but most would have shrugged and got back to work.

But the Mac mini raises the bar. It’s mostly non-modular, and doesn’t offer top-spec options, but by turning it into a significantly more serious machine, Apple needs to work much harder to differentiate the new Mac Pro. Frankly, at this point, the machine needs to wow people. Otherwise we’re going to be asking why the company didn’t simply make the Mac mini more modular and offer better graphics options.

So the Mac mini update makes me more, rather than less, confident in what the 2019 Mac Pro will have to offer.

How has it impacted your expectations? Please share your thoughts in the comments.