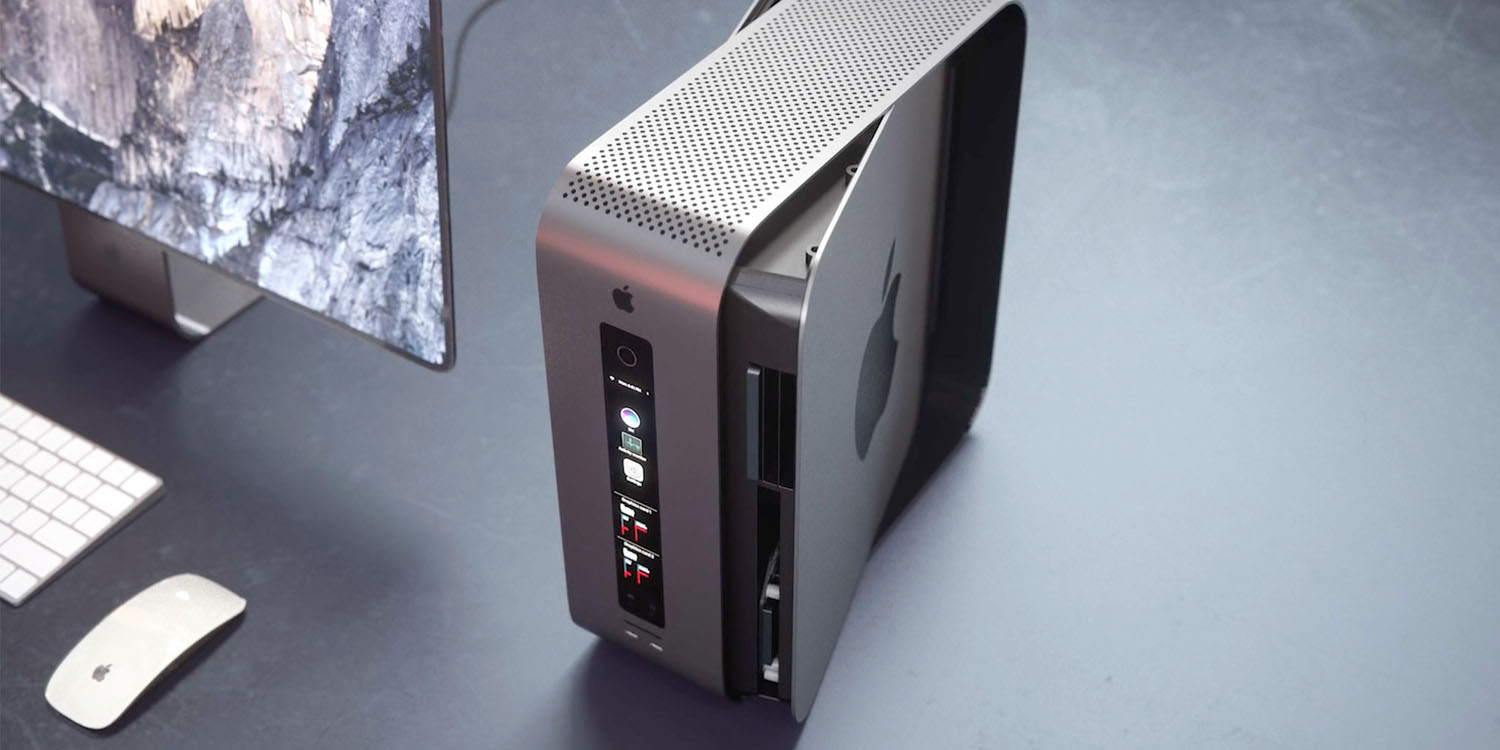 Apple has been rather quiet about an all-new Mac Pro it first teased a year ago. We did, though, learn two new things yesterday.

Last year, all that Apple said about timing was that the new machine wouldn’t be released that year.

That left open the possibility that the machine might be launched in 2018, or it might be later – and we now know it’s the latter …

Apple yesterday told TechCrunch that the new Mac Pro won’t be released until next year.

We want to be transparent and communicate openly with our pro community so we want them to know that the Mac Pro is a 2019 product. It’s not something for this year.

Apple also said something else. In the past, the company has sometimes been accused of being out of touch with the real needs of creative professionals. Many cited the existing Mac Pro design as evidence of that: pros want a modular machine with plenty of expansion capacity, and what Apple gave them was something which seemed to prioritize form over function.

This time, says Apple, it will be different. To ensure that the new machine really delivers what professionals need, Apple has brought-in award-winning creative professionals – including developers – to give the company the best possible understanding of how they work and what they need.

We’ve brought in some pretty incredible talent, really masters of their craft. And so they’re now sitting and building out workflows internally with real content and really looking for what are the bottlenecks. What are the pain points. How can we improve things. And then we take this information where we find it and we go into our architecture team and our performance architects and really drill down and figure out where is the bottleneck. Is it the OS, is it in the drivers, is it in the application, is it in the silicon, and then run it to ground to get it fixed.

The company noted that sometimes it’s the small things that have a big impact on the real-life workflows of AV pros.

You know we have examples where we find something… like it’s a window that a 3D animator uses frequently to make some fine tweaks. The windows are not super graphically intensive in terms of processing and stewing but we have found an issue where that window was taking like 6 to 10 seconds to open and they’re doing that 100 times a day, right? Like ‘I can’t work on a machine like this, it’s too slow,’ so we dig in and we figure out what it was.

The TechCrunch piece noted that while Apple had fully taken on board that professionals want the Mac Pro to be a modular machine, that doesn’t necessarily mean that it will take the form of one with lots of internal expansion options. More powerful graphics options, for example, might take the form of external GPUs. That’s an approach which would also be welcomed by those who prefer the form factor of the iMac Pro or MacBook Pro.

But whatever route Apple takes, one thing is certain: yesterday’s news will have dramatically ramped-up expectations for the forthcoming machine. If Apple needs going on two years between first announcing it and delivering it to market, that alone means we’re expecting it to be something really special.

Adding in the news that Apple is working so closely with pro users on real-life projects means that customers will also expect the company to deliver something that is exactly what they need, rather than what is often considered to be Apple’s take on what they need.

But, with yesterday’s news, each of those different professional users just had their expectations raised. Each will now expect Apple to launch a machine that is a better match for their needs than anything the company has created before.

Apple can afford to take its time – it set that expectation a year ago. But what it can’t afford is to launch a new Mac Pro which disappoints. The company’s pro market credibility is on the line like never before. This machine can’t just be good, it has to be great. We might even say it has to be insanely great.

What do you hope for from the new machine? Let us know in the comments.