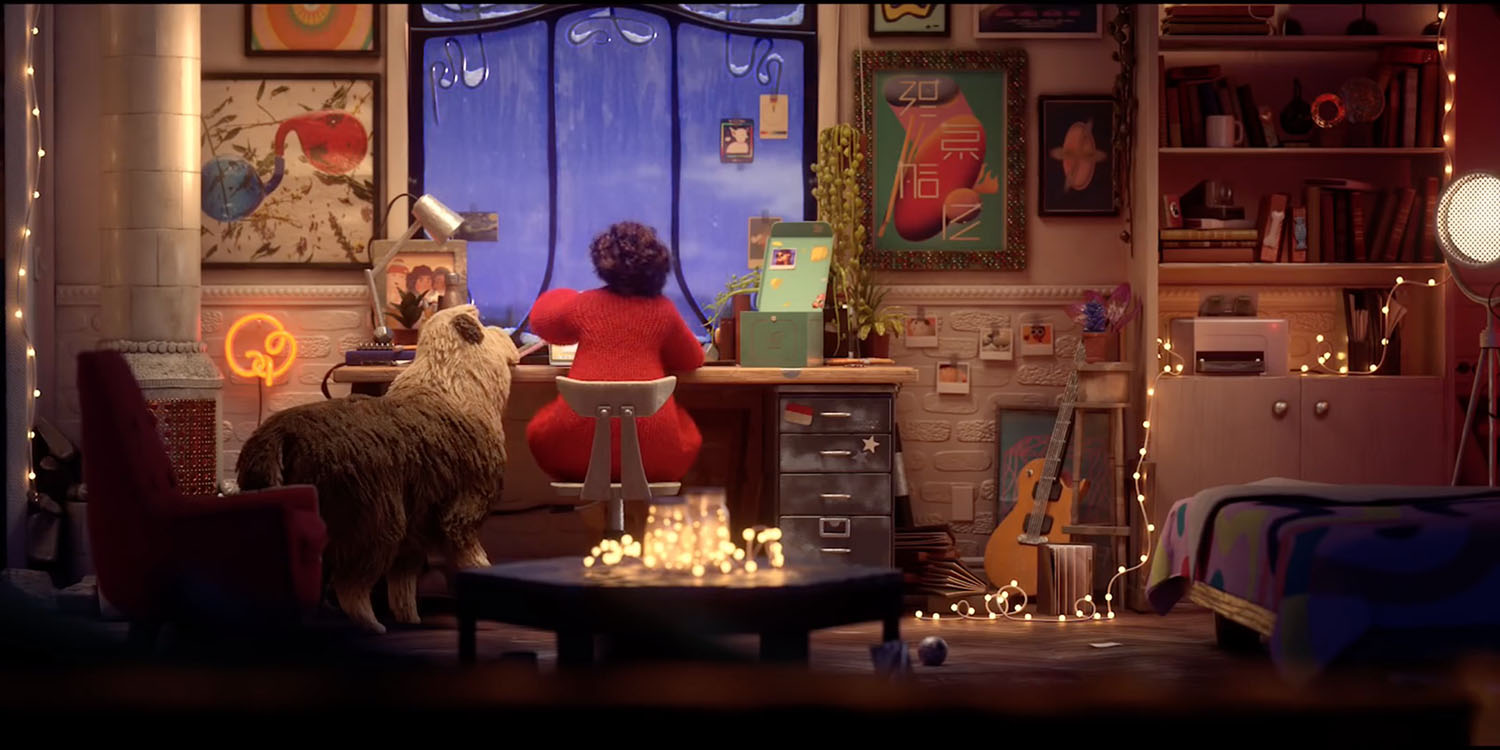 Apple yesterday shared its new Pixar-like animated holiday ad, Share Your Gifts. Ad industry publication Adweek says it has a moral that all creatives should take to heart …

We don’t learn what Sofia was making—but we do learn the lesson that sharing your creations, while sometimes terrifying, is vital […]

According to the ad’s creators, research has shown that 7 out of 10 people feel they’re not creative or not living up to their creative potential. Will this ad help liberate more creatives from their own self-doubts and fears? Perhaps, but if nothing else, it will at least remind the viewers that creating without sharing is like buying a wonderful present—and then locking it away.

Adweek reports that the song in the ad was written by an extremely talented teenager.

Among the many visual Easter eggs hidden throughout the spot, there’s also an audio surprise you wouldn’t be able to guess just from listening: Like the fictional star of the ad, the musician behind the commercial’s song is a young artist who began by writing pieces on her Mac.

Billie Eilish, a 16-year-old American singer, recorded the track “Come Out in Play” specifically for the ad. Eilish, who began writing songs at 11 and was signed by Interscope at 14, recorded the spot’s song in her parent’s home with the help of her producing partner and sibling, Finneas O’Connell.

The piece describes Share Your Gifts as ‘lovingly [and] meticulously crafted,’ and creative editor David Griner argues that it is Apple’s most ambitious holiday ad to date, with a less direct message than those from previous years.

It was the 2013 ad Misunderstood (below) which ‘put the brand on the map of A-list Christmas-season advertisers,’ he says.