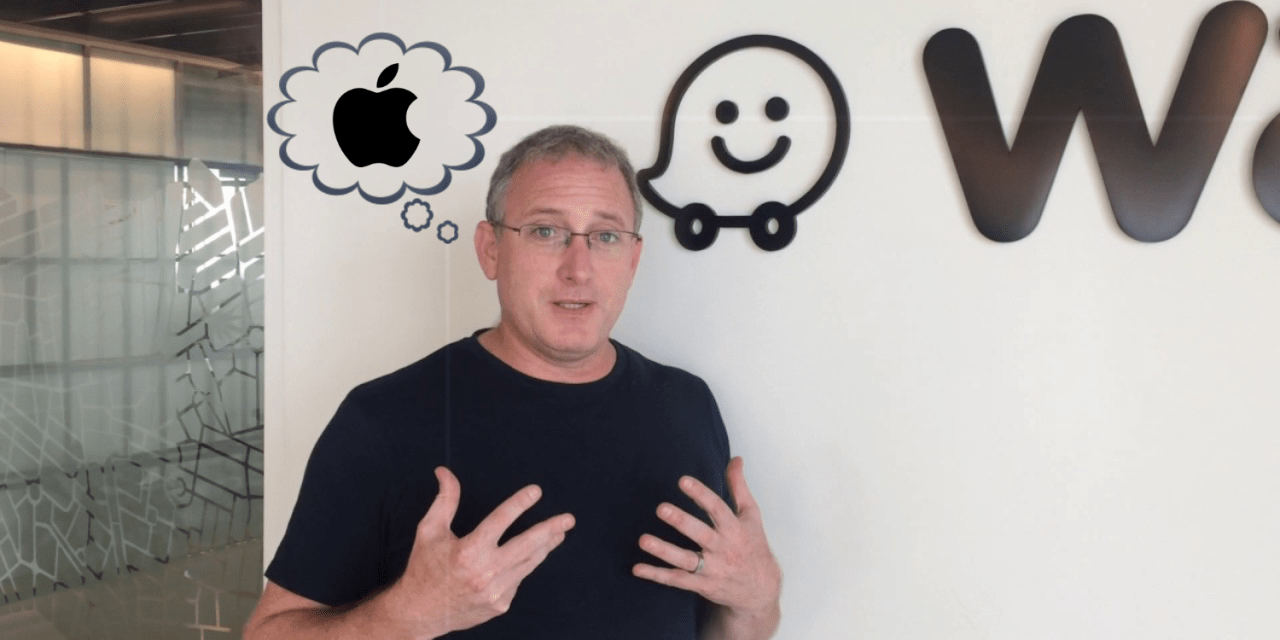 Waze CEO recently sat down for an interview with Business Insider, and spoke about the company’s $1 billion acquisition by Google, self-driving cars, and why the company attributes Waze’s widespread success to Apple and celebrates an annual “Tim Cook Day.”

The reasoning dates back to 2012, when Apple Maps’ debacle proved a worst case scenario for the company, forcing CEO Tim Cook to write a public apology letter over the numerous Apple Maps shortcomings.

In the letter, Apple took the rather unprecedented step of recommending users try out alternative map options found in the App Store. One of those apps? You guessed it, Waze.

Waze CEO Noam Bardin described the day as a “defining moment for the company”. Here’s how he explains the company’s annual Cook celebration.

We were acquired in 2013, but 2012 was sort of a defining moment for the company. It’s a day that’s still celebrated today at the company every year: It’s called Tim Cook day, and it’s the day Apple came out with Apple Maps. The day before I was interviewed by a not-to-be-named publication, and it doesn’t really matter what I said, but the headline said “Apple partner says Maps will be terrible.”

So you can imagine the response when that happened from Apple — they were definitely not very happy — but it’s what I said. The next day, Apple Maps came out, and suddenly I went from being about to get fired, app get pulled from the App Store, to “I saw the future” and “I knew what I was talking about.”

Tim Cook came out and actually put out a letter apologizing for Apple Maps, and he said until that comes out you can use Microsoft, Google, and Waze. That was our coming-out moment in the US, and from there things start to pick up pace, eventually ending in the acquisition in 2013.

Interestingly, he mentions how when Waze was first developing a mobile app, “all the logic said BlackBerry”. Ultimately, it’s a good thing the company decided on developing for iOS, otherwise the CEO believes he wouldn’t be here.

Bardin further chimed in his opinion of Uber, Tesla and the future of self-driving vehicles.

On Tesla’s loyal, Apple-like consumer base:

That love for a product is very unique. To have 700,000 people prepay a thousand dollars for a car that doesn’t exist yet and has no delivery date. Those intangibles are what matter. That’s the story of the iPhone too. That kind of love is the hardest thing to create and is the essence of great companies. I’m a huge fan of Tesla in that sense.

On Uber and self-driving vehicles:

They manage to do all of that and also have the most rational model to get to self-driving. If you think about Uber building a self-driving car, it’s all or nothing. Either they have a fully level-5 autonomous car that drives everywhere on its own, or they’ve got nothing. They have no service if they don’t have it. Tesla is selling very expensive cars; I paid a tremendous amount of money for the right to train their algorithm. Their business model is growing while they slowly get to full self-driving. They’ll probably be at 85% fully self-driving very soon. Uber has nothing at 85%.

We are, I believe, 10 to 15 years at least away from the average American being in a self-driving car.

The CEO closes his interview by offering one piece of advice to any entrepreneur who might be listening.

If you’re going to sell your company, sell it to Google. I mean that.

Are you an active user of Waze? Which do you prefer, Apple Maps or Waze? Let us know down in the comments below!