Comment: It’s time for Apple to separate Apple Music from iTunes on the Mac 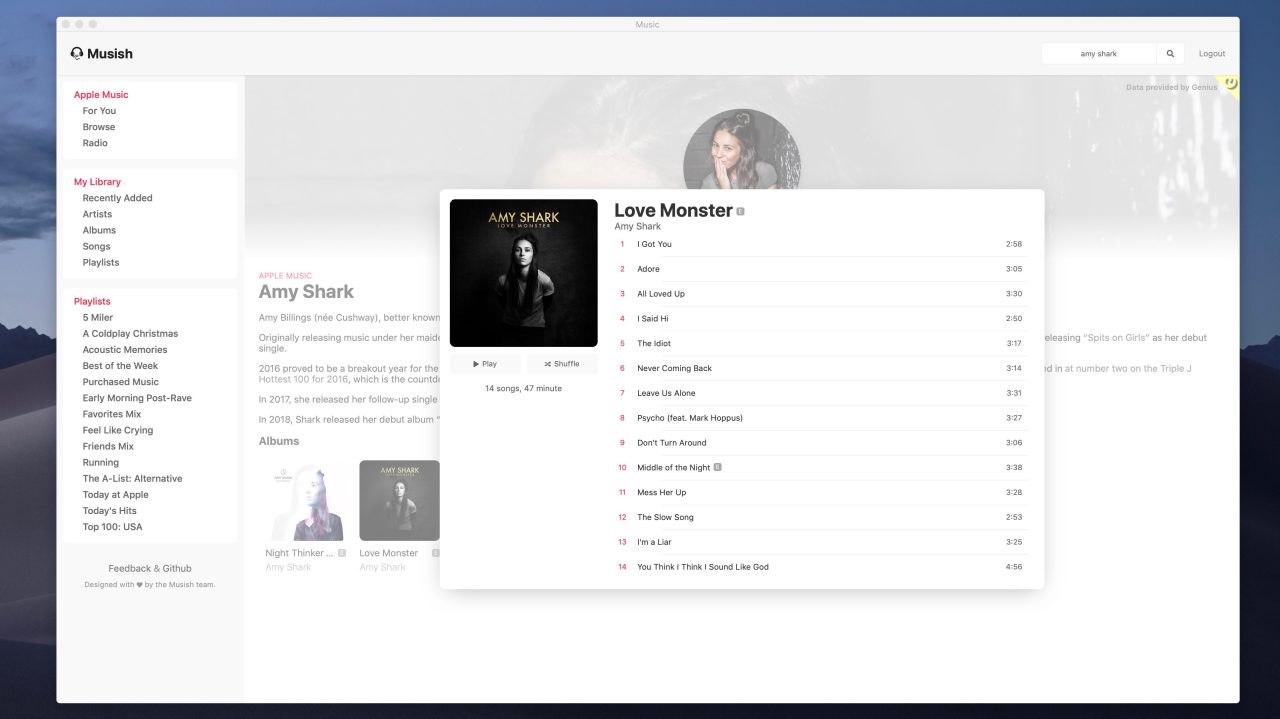 Since Apple Music first launched in 2015, one of the most common requests from Mac users has been for Apple to separate the streaming service from the rest of iTunes. Despite several macOS updates since then, however, Apple has not yet made such a move, with Apple Music still locked inside iTunes.

Last week, we saw the second third-party version of Apple Music created for the web. It’s this app that really showed me how great Apple Music could be if it weren’t buried in iTunes.

Right off the bat, let me say this: I don’t want Apple’s solution to breaking Apple Music out of iTunes to be a web app. Instead, I want a full, dedicated macOS app. Similar to how Books is its own app, Apple Music deserves to be a standalone macOS app.

If we look at the Musish web app, however, there are several good examples of the benefits that come from dedicating user interface space all to Apple Music. The app puts the “For You” interface right up front, making it easy to access your recently played content and other curated playlists.

Further, Playlists are also much easier to access, with your personal playlists and Apple Music-created playlists always available along the right-hand side.

One thing I’m particularly fond of in this third-party web version of Apple Music is the now-playing card that’s always in the lower-right corner. This shows what you’re currently listening to, and clicking on the artist or album name makes it easier to view other content from that artist.

iTunes on the Mac is messy, and it’s only set to get messier as Apple focuses more on Services and prepares its own streaming video service. iTunes hasn’t seen a major visual overhaul in years, despite the addition of such a major new platform in Apple Music.

I’m not a fan of the menu interface for switching between different media types like podcasts, movies, and music. If we’re being honest, these features – especially podcasts, should be broken out into their own individual apps as well, but that’s an argument for another time.

Accessing various parts of Apple Music through iTunes is clunky at best. For instance, going to the “For You” tab along the top completely takes over the interface. This makes it difficult to access things like the full album of what’s currently playing, your playlists, and more.

That said, from the now playing bar along the top, you have to click the three dots and view a full, cluttered list of actions to do something simple like view all of your songs by that artist. This is an incredibly simple task that the third-party web version of Apple Music has mastered, but one that remains unnecessarily complicated in iTunes.

Of course, one possibility is that Apple plans to use its ‘Marzipan’ initiative that brought apps like Home and News to the Mac from iOS. I truly hope this isn’t the case, though, as those apps aren’t especially great on macOS. The iOS version of Music also isn’t perfect, so the solution isn’t to simply bring that interface to the Mac. Apple Music interfaces all around need some attention.

Finally, giving Apple Music its own dedicated macOS would also – hopefully – mean things would load significantly faster. Because of all of the features crammed inside, iTunes is infamously bogged down and prone to slow performance, crashing, and more. Apple Music could be dedicated to one thing, and be far more lightweight. 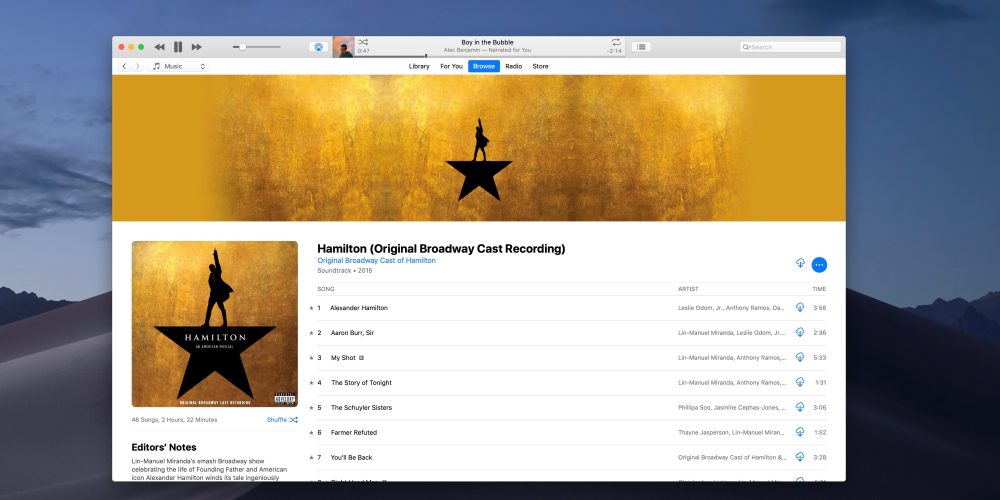 Nearly four years after launch, it’s time for Apple Music to become its own dedicated app on macOS. This would bring performance enhancements, a far more accessible interface, and various other improvements. iTunes on the Mac wasn’t designed with Apple Music in mind, and that is really starting to show. Features are hard to access, performance is bogged down, and even the simplest of tasks are cumbersome.

Ideally, a standalone Music app on macOS would integrate Apple Music, as well as all of the content from your iTunes library, much like on iOS.

What do you think? Should Apple break Apple Music out of iTunes and give the streaming platform its own dedicated app? Let us know your thoughts down in the comments.