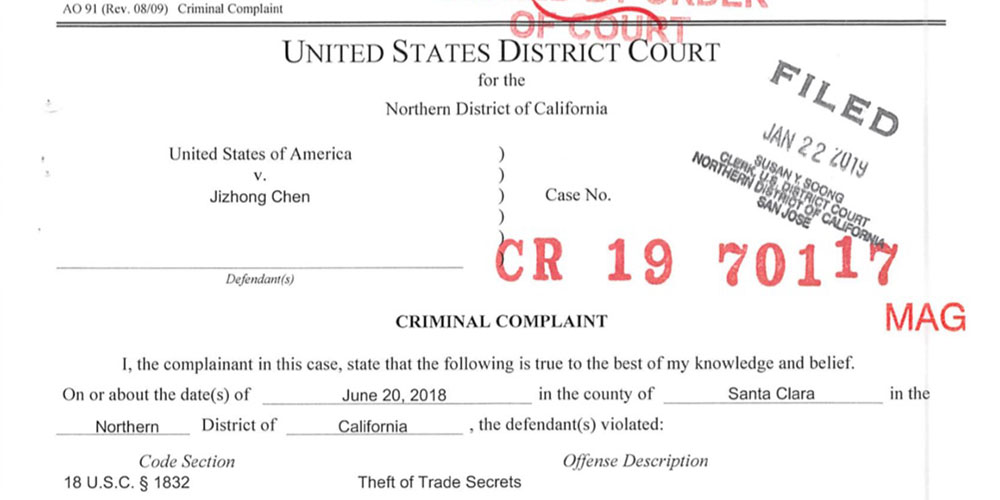 We learned last week that a second Apple employee has been accused of stealing trade secrets from the company’s Project Titan research into self-driving car technology. The FBI was called in, and the criminal complaint now filed by the FBI reveal some of the steps Apple takes to protect product development secrets …

We already knew that Apple has monitoring systems in place to prevent or detect certain approaches to data theft, likely including disabling or logging screen captures. This is almost certainly the reason Chinese national Jizhong Chen took photographs of his laptop screen – reportedly many hundreds of them.

But Business Insider reports that the FBI investigation reveals other details – like the requirement for all Titan employees to attend in-person training specifically on maintaining the secrecy of the work.

“The training covered the importance of keeping the nature and the details of the project secret and avoiding intentional or unintentional information leaks,” according to the FBI.

Unsurprisingly, Apple operates on a ‘need to know’ basis. Of its 140,000 employees, only 5,000 of them were briefed in to the project – ‘disclosed,’ in Apple terminology – and of those, only 1,200 of them had access to the main building where the core work was done.

Chen was spotted taking photos by another employee, who reported the incident to Global Security. It’s likely that the secrecy training asks employees to be alert to suspicious behavior, and to report it to the company’s security division.

We also learned a little more about some of the data alleged to have been stolen. We already knew that one of the photos was of an assembly drawing of an Apple-designed wiring harness for an autonomous vehicle. The latest report says that another photo was of a diagram showing the sensors and actuators used to control a self-driving vehicle.

One of the photos was of a diagram related to Apple’s self-driving hardware. It showed the various sensors Apple used to determine where the car was and how they connected to actuators, which is what would actually pilot the vehicle. Chen’s login shows his name at the bottom of the image, according to the FBI.

You can read the full complaint here.