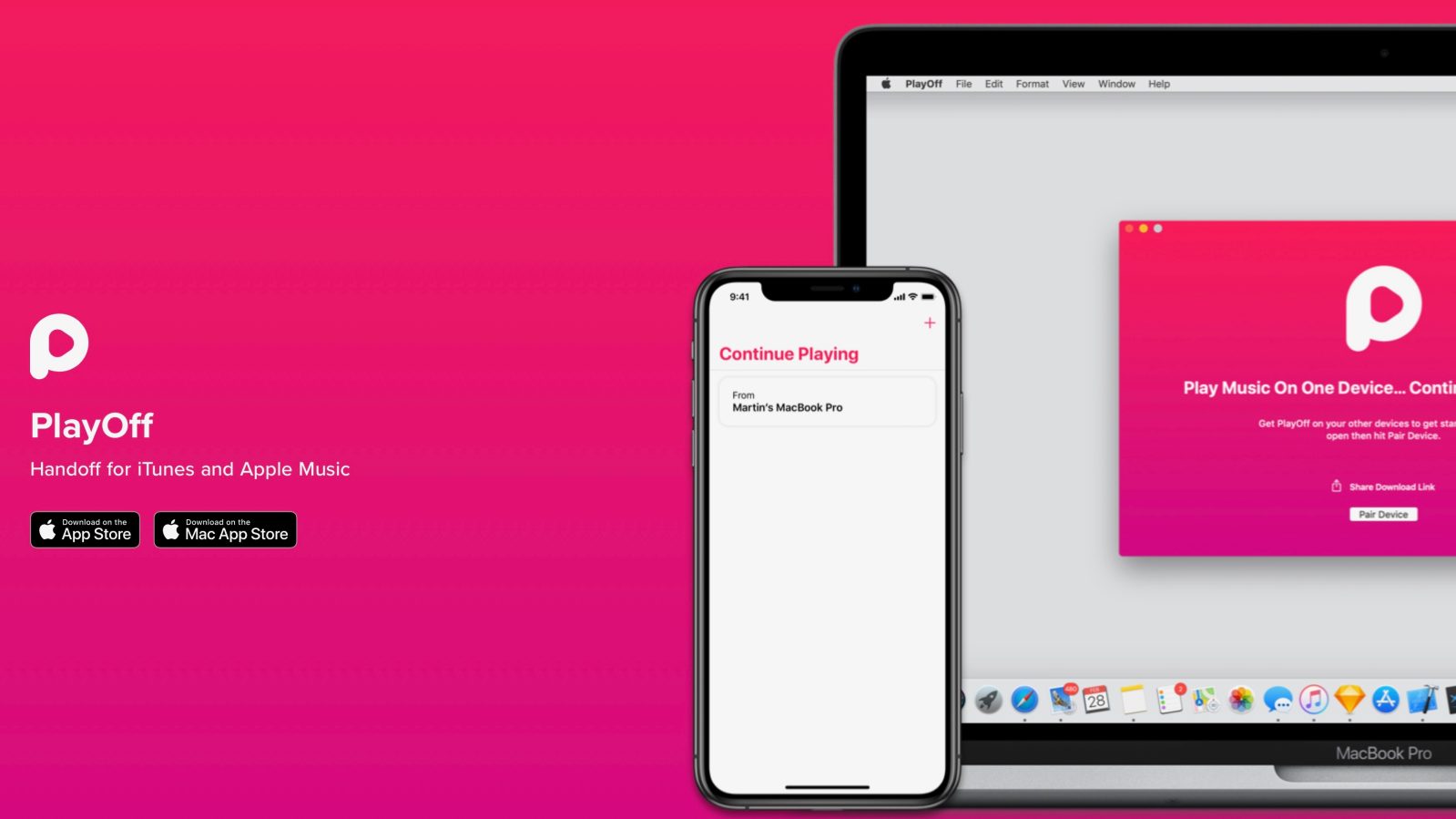 One of the most common feature requests for Apple Music is support Handoff. This would allow you to be playing something on your Mac, then immediately continue that playback on your iPhone.

A new third-party app from developer Martin Powlette, dubbed PlayOff, allows you to do just that.

PlayOff works by installing an app on both your iPhone and Mac, and using a combination of Bluetooth and Apple’s MusicKit framework to share playback between the two.

There are some limitations to PlayOff, with the biggest being that both devices must be in Bluetooth range of each other to handoff playback. This isn’t a hindrance most of the time, though. In many ways, PlayOff is the Apple Music Handoff feature I wish Apple itself would have built-in to macOS and iOS from the beginning. It makes switching between Apple Music devices incredibly easy and works with reliability.

In the future, Powlette says PlayOff will add support for the iPad, automatically switching audio output, such as AirPods, and broader support for continuing an entire playlist:

PlayOff allows you to start playing music on one device, like your iPhone, then continue without missing a beat on another, like your Mac. It finds the song playing (and its position) on your other devices and picks up where you left off. It’s like Handoff, but for music!

PlayOff for Mac is a free download on the Mac App Store, while the iOS version is available for $1.99. If you’re looking to more easily control Apple Music between various devices, it’s definitely worth giving PlayOff a try.

If you use iTunes and/or @AppleMusic , I made an app that allows you to start listening to music on one device and continue on another. It's like Handoff, but for music!https://t.co/GcxlCLcgaQ pic.twitter.com/Q9e6usUif2