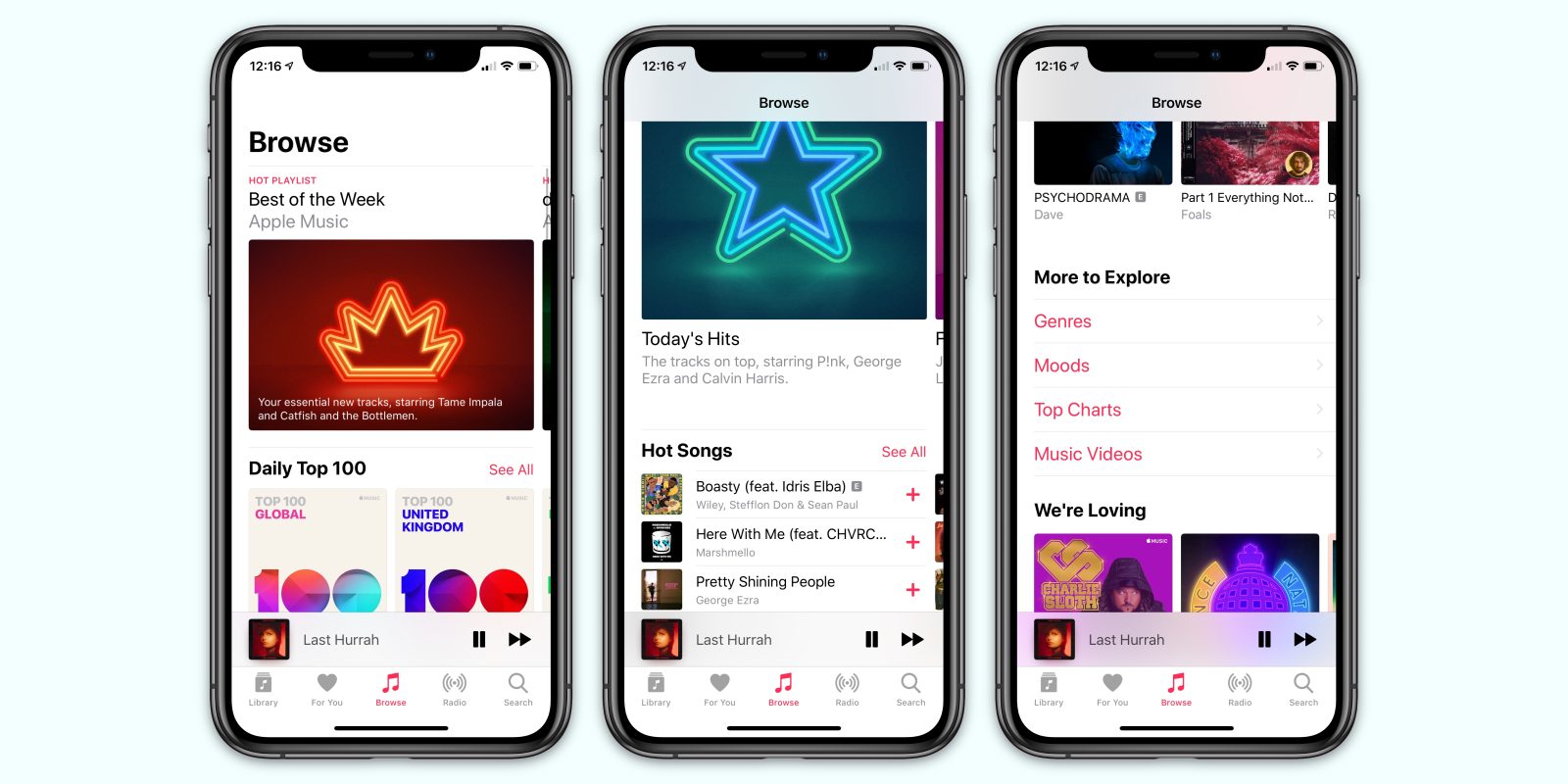 Overnight, the Apple Music service has received a server-side upgrade which results in a redesigned ‘Browse’ tab in the Music app for iPhone and iPad. The new look seems to be rolling out slowly, as some readers are reporting they are still seeing the previous design.

Previously, the Browse tab was laid out with a single horizontally-scrolling carousel of featured content and then a list of navigation options, which would start deep navigation hierarchies before users of the app would actually see any real content. The new design surfaces much more music upfront, accessible with one tap.

The redesigned layout which rolled out earlier today still features the same horizontal carousel at the top but that’s where the similarities end.

Now, the Daily Top 100 playlists are immediately shown followed by a Weekend Warrior section of genre playlists. Presumably, the topic of this scroller will change dynamically based on the day of the week.

Apple is also featuring Visionary Women playlists at the top level, as part of its month-long International Women’s Day celebrations.

There’s also a section for ‘hot songs’ and newly released albums. The navigation links for Genres, Moods, Top Charts and Music Videos are now under a section titled ‘More to Explore’. This is the part that most resembles what the old Browse experience was, but the list of items is not identical.

Curiously, the old link to view Apple Music’s “TV & Movies” has disappeared entirely. There doesn’t appear to be a way to navigate to Apple’s exclusive music documentaries anymore from within the app unless you know the exact name and search for it.

Below that, there’s an assortment of other curated music including ‘We’re Loving’, ‘Get Down Tonight’, ‘On Beats 1’ and ‘Coming Soon’ sections.

‘Coming Soon’ highlights albums that aren’t actually released in full yet. Some songs can be played, so you can get a feel for the tone of a particular upcoming album. You can add the album to your library and it will populate with the full song list as it becomes available.

Almost all of the content offered here was available in the Apple Music app before. It was just really hard to find before as most users don’t bother to drill through a tree of submenus. The changes are very welcome and should already be available in your Music app — no software update necessary.