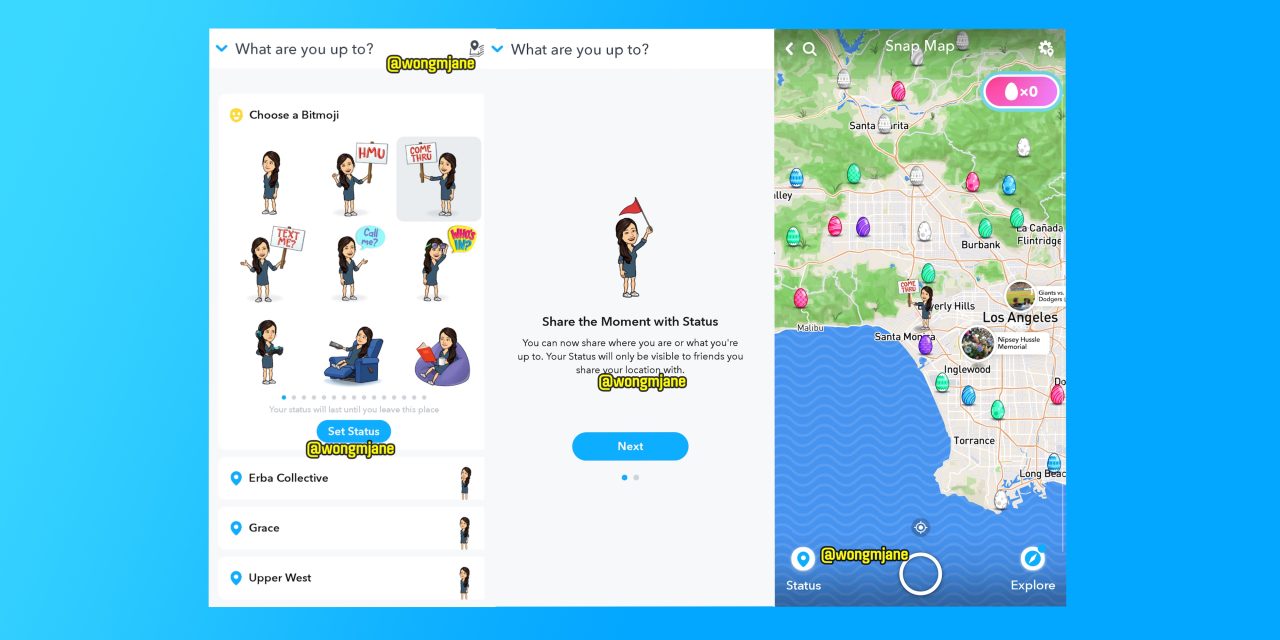 Snapchat, which has been struggling to keep up with intense competition from Instagram, is turning to location features as a way to differentiate itself. A new report from TechCrunch details that Snapchat is testing new features called “Status” and “Passport” which would allow users to offer more detail about their location.

Snapchat launched its Snap Map feature several years ago, but it doesn’t offer precise information about what someone is doing at a specific location. Snapchat Status, however, will purportedly let people “convey their activity and intention” at a location.

All of the information would be conveyed via Bitmoji characters. Essentially, when you arrive at a location, you will be able to set your Bitmoji to say things like “Text me” or to show yourself reading. This would show other people whether you’re looking for company or not. “You can now share where you are or what you’re up to. Your Status will only be visible to friends you share your location with,” the feature’s description reads.

“Passport is Just For You: Passport helps you keep track of the Places you’ve been. Places you set your Status at will be added to your Passport along with who you were there with. Only you ca see your Passport, and you can delete a Place from your history at any time.”

Snapchat confirmed the testing of these two new features, which were first discovered by reverse engineering specialist Jane Manchun Wong. Currently, the test is only available to Snapchat users in Australia:

“Yes, we are currently testing new ways for Snapchatters to better communicate on the Snap Map with their friends. This test is running with a percentage of Snapchatters in Australia.”

It’s unclear when the features might rollout to more users, but the Foursquare-like location capabilities are likely to be popular among the younger Snapchat user base.