2019 iMac versus iMac Pro is not an easy choice, show two comparisons 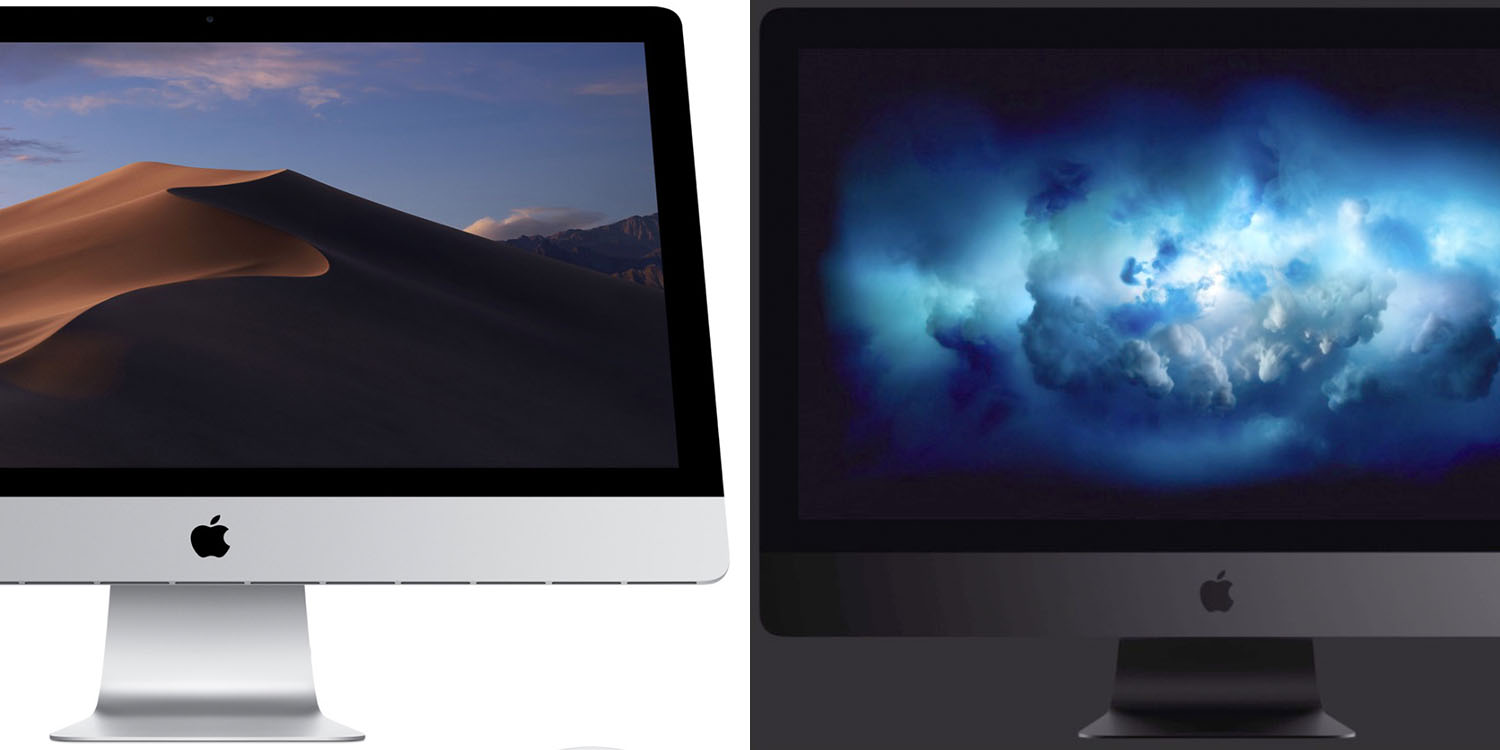 If you’re after a new high-spec iMac, you may be faced with a tricky decision. A couple of comparisons show that the 2019 iMac versus iMac Pro battle is a closer call than you might expect.

The iMac Pro definitely has its benefits, but drop some of the cash difference on upgrades to the 2019 iMac, and things get interesting …

CNET says that the proliferation of external GPUs means that a lot of it now comes down the whether or not you need the more powerful CPU options of the Pro.

Do you need a workstation CPU? That’s the main question you need to answer before shelling out $5,000 (£4,899, AU$7,299) for the entry-level configuration of the Apple iMac Pro rather than a top-level configuration of the new iMac. There are other considerations, but the CPU is ultimately what the decision comes down to. Because the iMac is now powerful enough for what most people who are gazing longingly at that bottom Pro model need to do.

The piece acknowledges some other wins for the Pro.

It can support up to four additional 4K displays rather than the iMac’s two, or two additional 5K monitors rather than just one, thanks to the two extra USB-C/Thunderbolt ports.

It has a higher-bandwidth Ethernet connection, 10Gb versus the iMac’s 1Gb.

It supports up to 256GB RAM, including error-correcting ECC memory, which is important for high-precision calculations.

But argues that you can some pretty tasty 2019 iMac upgrades for the price of the entry-level iMac Pro.

For the same money as the iMac Pro base configuration, you can get an iMac with the Intel Core i9-9900K processor and AMD Radeon Pro Vega 48 GPU plus:

The iMac’s Vega 48 isn’t quite as powerful as the Vega 56 in the iMac Pro, but if you’ve got GPU-bound applications, you probably want the Vega 64, anyway, because it has more memory (16GB versus 8GB). And with the money you save by getting the 1TB/32GB iMac, you can buy yourself a pretty nice second monitor.

Jason Snell, writing for Macworld, takes a more detailed look thanks to a hands-on comparison with his own base-model iMac Pro and a high-end 2019 iMac supplied by Apple.

Snell has more to say about the advantages of the Pro model.

The first one, and probably the biggest, is the improved cooling system. The iMac Pro has been completely redesigned on the inside, with the space reserved for spinning hard drive configurations in standard iMacs replaced with a new fan system that’s quiet and efficient. For comparable levels of work, such as a video export from Final Cut Pro X, my iMac Pro is nearly silent and the iMac emits a constant buzz of white noise […]

The iMac Pro’s T2 processor handles audio and system management, acts as disk controller for high-speed encrypted SSD storage, drives the high-resolution FaceTime camera, and enables a secure boot system that validates that your software hasn’t been tampered with. The iMac has to make do with separate, discrete controllers for audio, system, and disk, has a lower-resolution and lower-quality FaceTime camera, and offers somewhat reduced storage speeds that lack the extra security of on-the-fly hardware encryption via the T2.

Then there’s ECC RAM, four versus two Thunderbolt 3 ports, four microphones versus one for more reliable Siri input, 10GB ethernet versus 1GB and options for twice as much RAM and storage (the Pro maxing out at 256GB and 4TB respectively).

But the performance comparisons give pause for thought.

I ran a load of different benchmark tests on the iMac and iMac Pro and the results were very close. On GeekBench, the Core i9 iMac was faster than the iMac Pro on single-processor tests and only slightly slower on multi-core tests.

The iMac also slightly bested my iMac Pro in several audio tests that I ran in iZotope RX 7, and outscored the iMac Pro on the Cinebench rendering test. Across the board, the Core i9 iMac appeared to be faster than the iMac Pro in terms of single-core tasks (unsurprising given its superior Turbo Boost speed) and about the same in multi-core tests.

Though he notes that Apple appears to have optimized Final Cut Pro X and Logic Pro X for the iMac Pro, as both apps perform notably better on the pro machine.

Snell argues that, Apple’s own pro apps aside, most people are going to be better off with the 2019 iMac.

You can configure a 5K iMac with Intel’s latest and greatest ninth-generation Intel Core processors, a bunch of SSD storage, and a load of RAM, and have an iMac that matches or beats the iMac Pro on most tests… and walk away with $1,500 in your pocket.

Of course, if you’re not in a hurry, you may want to hold out for a new design. At some stage, it seems inevitable that Apple will upgrade the design to a narrow bezel one to match what we’re expecting to see in its upcoming 6K display. But when that will land is difficult to gauge.

What’s your view on the 2019 iMac versus iMac Pro? Please share your thoughts in the comments.